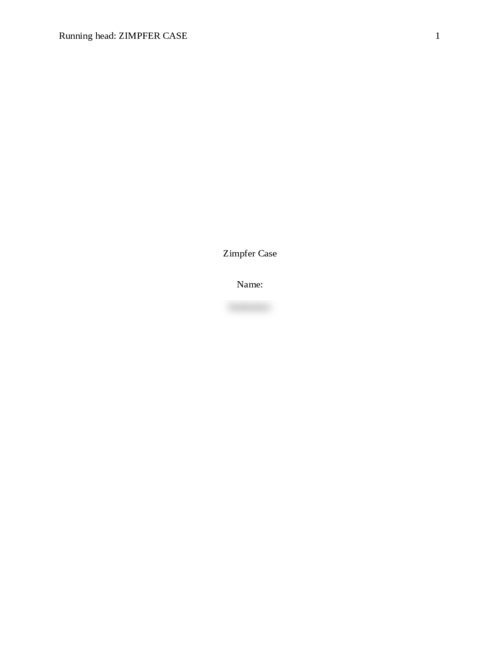 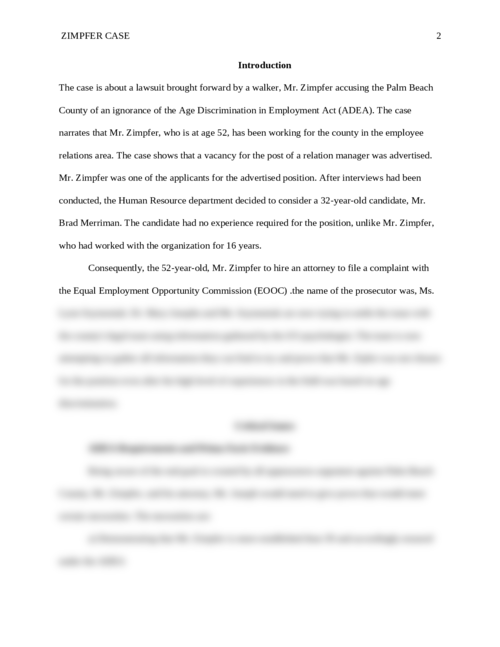 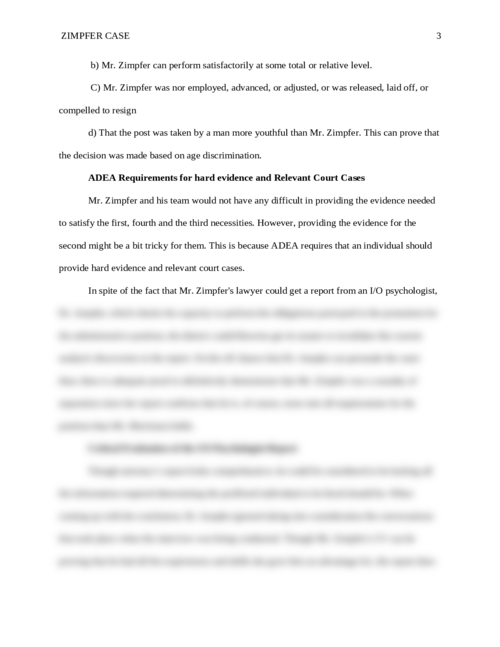 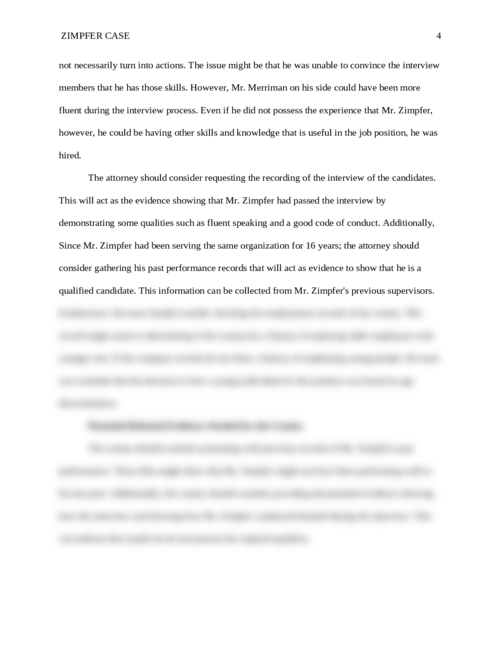 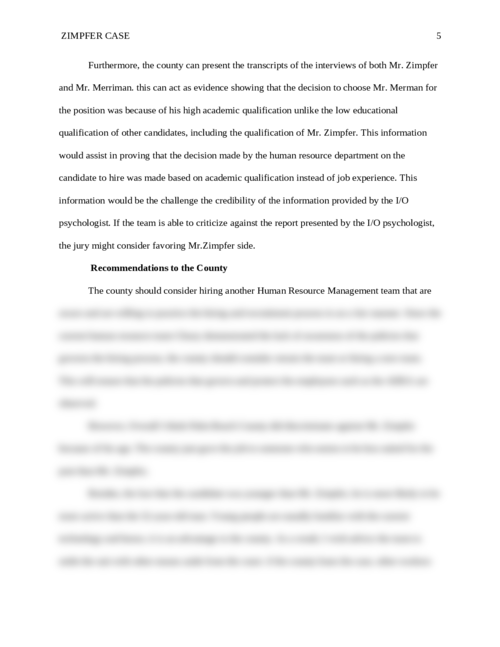 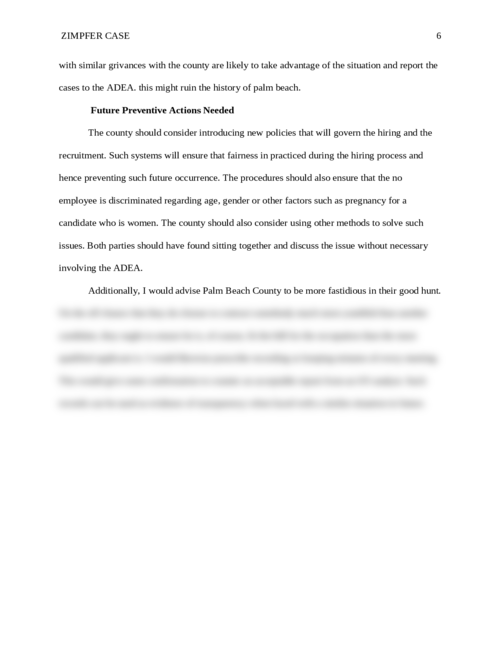 In analyzing any case, please do not re-narrate the case for me. I have read the case. I am looking forward to what you would do and how you would do. You should integrate the materials discussed in the text, your own understanding of the material, and your application of the material to the specific case in question. The answer to the “Why” is more important than merely stating the “What”. Originality, creative thinking, and problem solving are the ones I attempt to grade.

The case is about a lawsuit brought forward by a walker, Mr. Zimpfer accusing the Palm Beach County of an ignorance of the Age Discrimination in Employment Act (ADEA). The case narrates that Mr. Zimpfer, who is at age 52, has been working for the county in the employee relations area. The case shows that a vacancy for the post of a relation manager was advertised. Mr. Zimpfer was one of the applicants for the advertised position. After interviews had been conducted, the Human Resource department decided to consider a 32-year-old candidate, Mr. Brad Merriman. The candidate had no experience required for the position, unlike Mr. Zimpfer, who had worked with the organization for 16 years.

Consequently, the 52-year-old, Mr. Zimpfer to hire an attorney to file a complaint with the Equal Employment Opportunity Commission (EOOC) .the name of the prosecutor was, Ms. Lynn Szymoniak. Dr. Mary Josephs and Ms. Szymoniak are now trying to settle the issue with the county's legal team using information gathered by the I/O psychologist. The team is now attempting to gather all information they can find to try and prove that Mr. Zipfer was not chosen for the position even after his high level of experiences in the field was based on age discrimination. 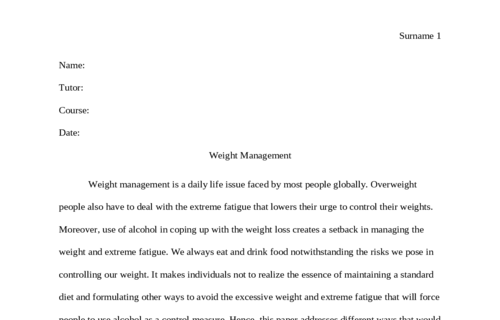