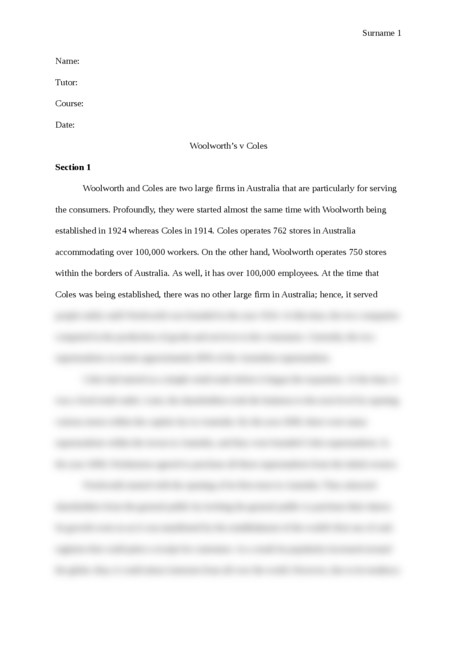 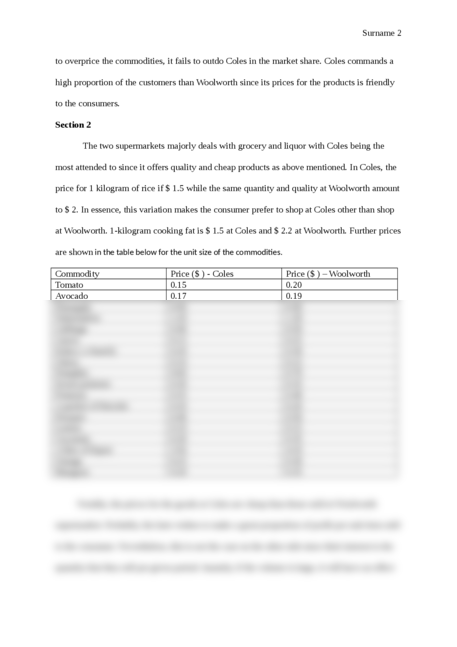 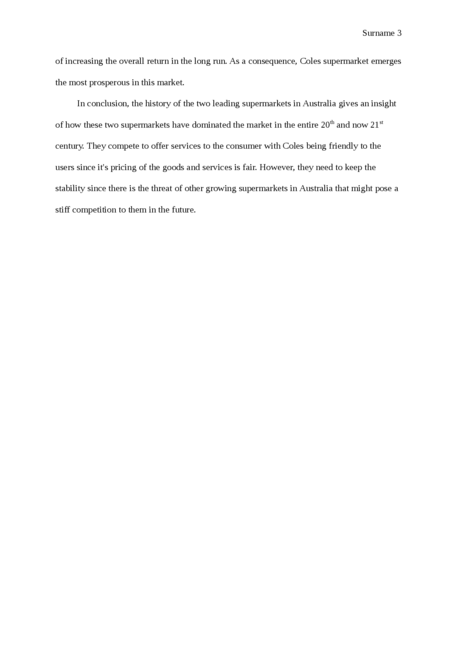 Woolworth and Coles are two large firms in Australia that are particularly for serving the consumers. Profoundly, they were started almost the same time with Woolworth being established in 1924 whereas Coles in 1914. Coles operates 762 stores in Australia accommodating over 100,000 workers. On the other hand, Woolworth operates 750 stores within the borders of Australia. As well, it has over 100,000 employees. At the time that Coles was being established, there was no other large firm in Australia; hence, it served people solely until Woolworth was founded in the year 1924. At this time, the two companies competed in the production of goods and services to the consumers. Currently, the two supermarkets accounts approximately 80% of the Australian supermarkets.

Coles had started as a simple retail trade before it began the expansion. At the time, it was a food retail outlet. Later, the shareholders took the business to the next level by opening various stores within the capital city in Australia. By the year 2000, there were many supermarkets within the towns in Australia, and they were branded Coles supermarkets. In the year 2008, Wesfarmers agreed to purchase all these supermarkets from the initial owners.