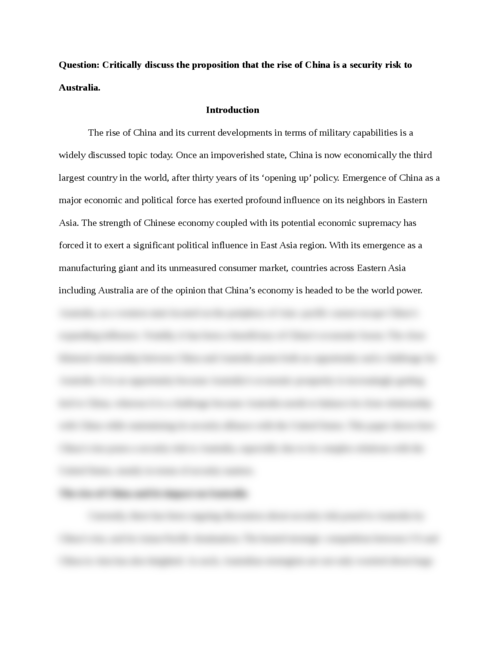 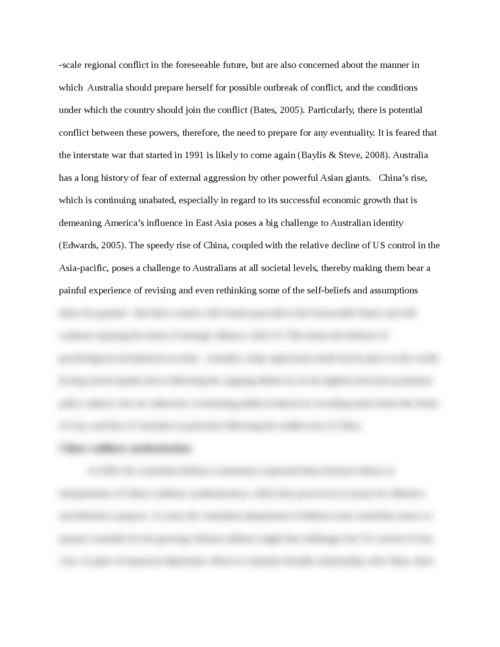 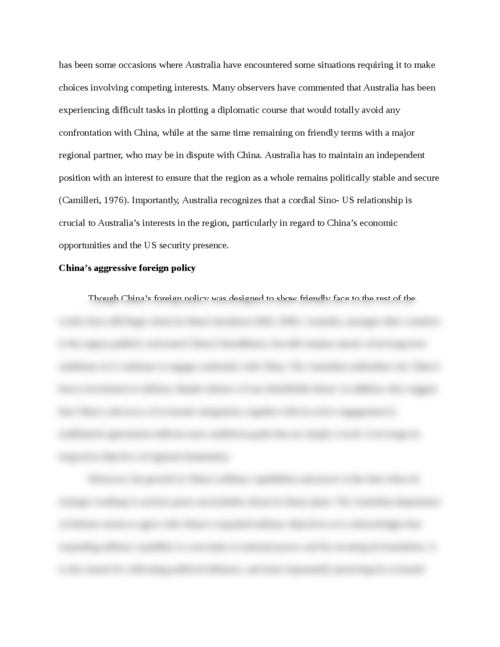 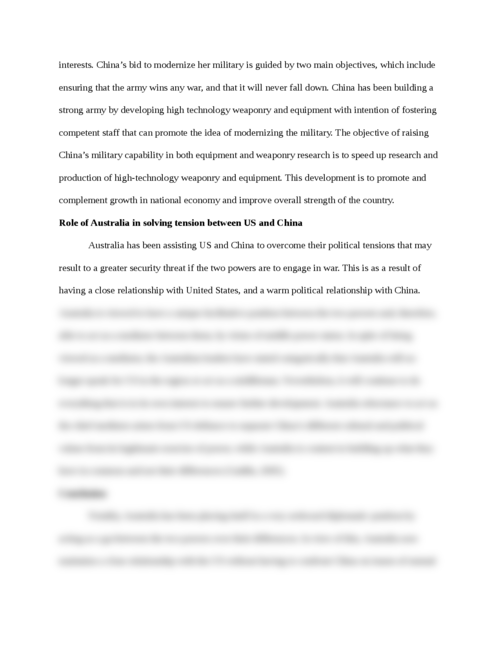 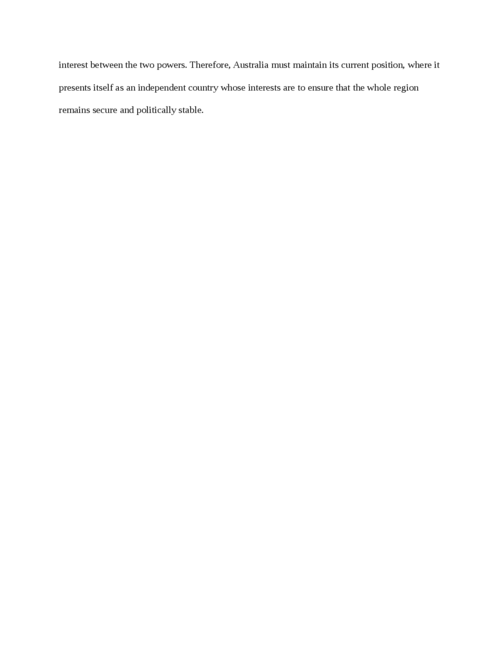 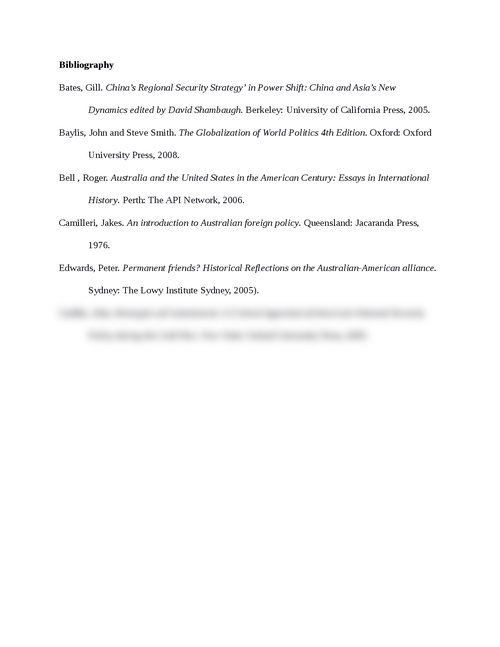 Why The Rise Of China Is A Security Risk To Australia.

Research a topic. Start with the required and further readings in your Reader, however, the library catalogue and journal databases should also be used to locate other relevant sources.

Identify and critically evaluate the main arguments of different authors who you have read on the topic.

Develop your own argument in relation to the essay question. Your argument need not be original, it should be firmly based on your critical evaluation of the arguments of others.

Write a well-structured essay that has an introduction in which you summarise your own argument. (The rest of the essay is then a systematic elaboration of that argument and how it compares with the arguments of others on the same topic.)

Title: Why The Rise Of China Is A Security Risk To Australia.
Length: 5 pages (1382 Words)
Style: Turabian

Question: Critically discuss the proposition that the rise of China is a security risk to Australia.

The rise of China and its current developments in terms of military capabilities is a widely discussed topic today. Once an impoverished state, China is now economically the third largest country in the world, after thirty years of its ‘opening up’ policy. Emergence of China as a major economic and political force has exerted profound influence on its neighbors in Eastern Asia. The strength of Chinese economy coupled with its potential economic supremacy has forced it to exert a significant political influence in East Asia region. With its emergence as a manufacturing giant and its unmeasured consumer market, countries across Eastern Asia including Australia are of the opinion that China’s economy is headed to be the world power. Australia, as a western state located on the periphery of Asia- pacific cannot escape China’s expanding influence. Notably, it has been a beneficiary of China’s economic boom.