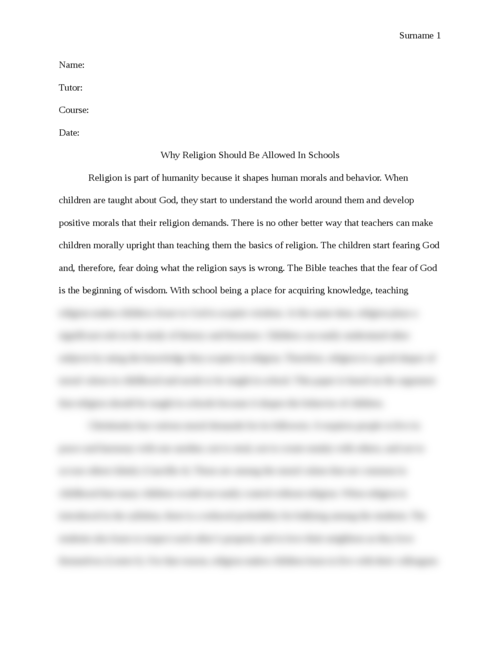 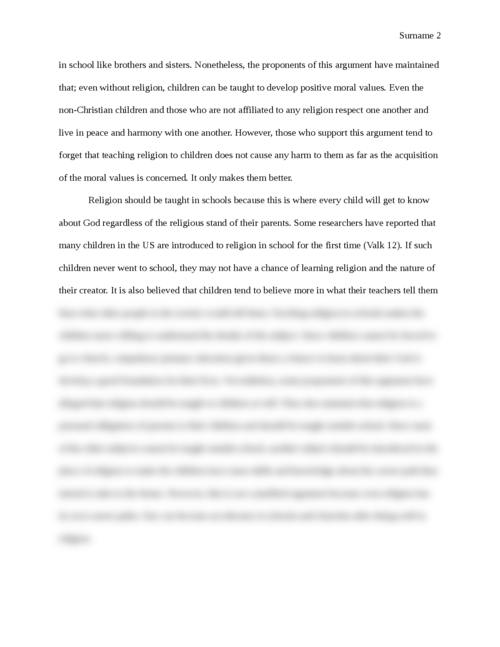 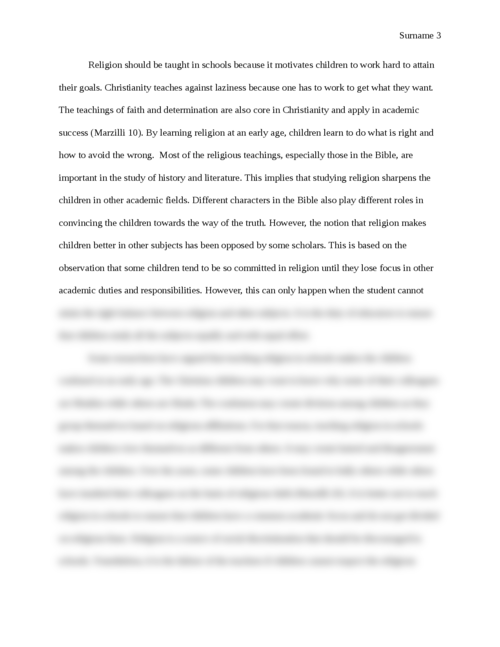 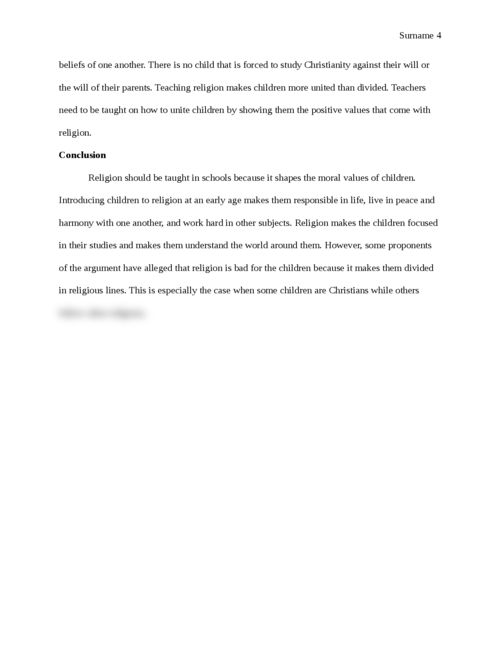 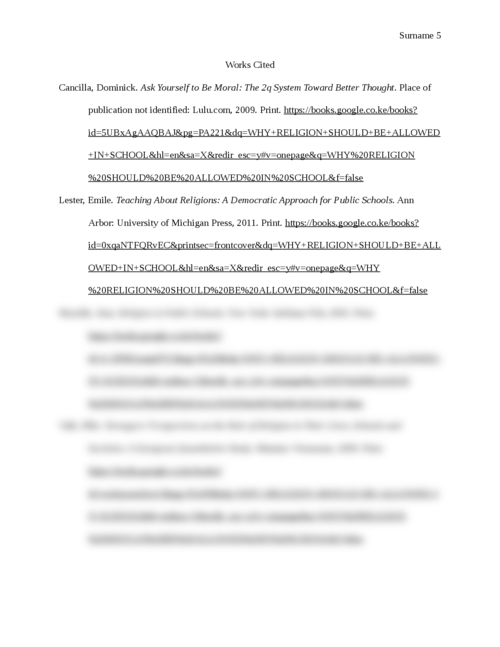 Why Religion Should Be Allowed In Schools

Why religion should be allowed in school (focused on Christianity)

Title: Why Religion Should Be Allowed In Schools
Length: 4 pages (1202 Words)
Style: MLA

Why Religion Should Be Allowed In Schools

Religion is part of humanity because it shapes human morals and behavior. When children are taught about God, they start to understand the world around them and develop positive morals that their religion demands. There is no other better way that teachers can make children morally upright than teaching them the basics of religion. The children start fearing God and, therefore, fear doing what the religion says is wrong. The Bible teaches that the fear of God is the beginning of wisdom. With school being a place for acquiring knowledge, teaching religion makes children closer to God to acquire wisdom. At the same time, religion plays a significant role in the study of history and literature. Children can easily understand other subjects by using the knowledge they acquire in religion. Therefore, religion is a good shaper of moral values in childhood and needs to be taught in school. This paper is based on the argument that religion should be taught in schools because it shapes the behavior of children.

Christianity has various moral demands for its followers. It requires people to live in peace and harmony with one another, not to steal, not to create enmity with others, and not to accuse others falsely (Cancilla 4). These are among the moral values that are common in childhood that many children would not easily control without religion. When religion is introduced in the syllabus, there is a reduced probability for bullying among the students.