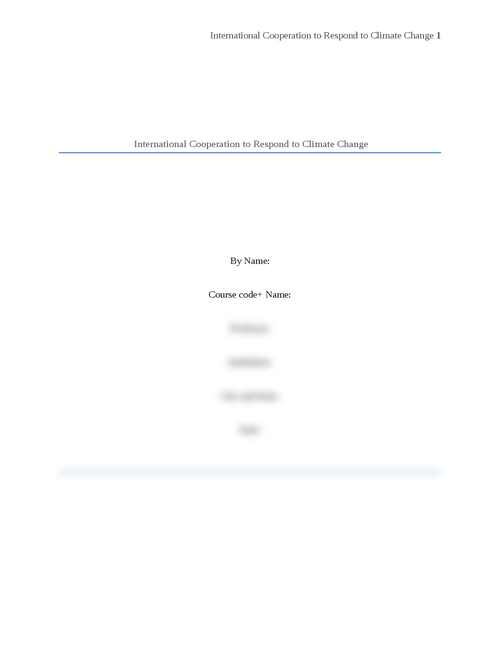 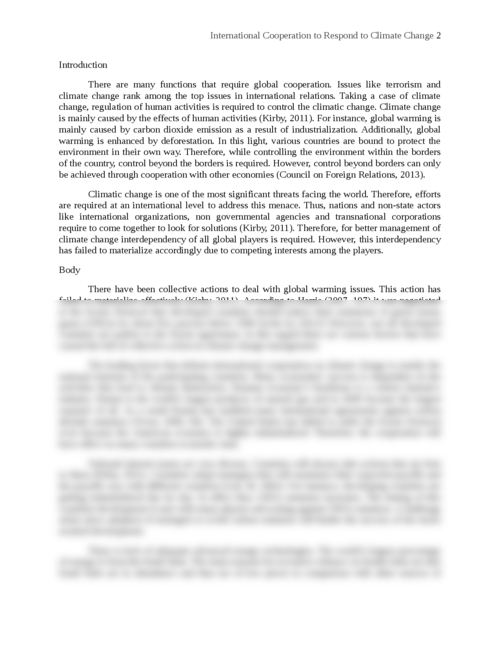 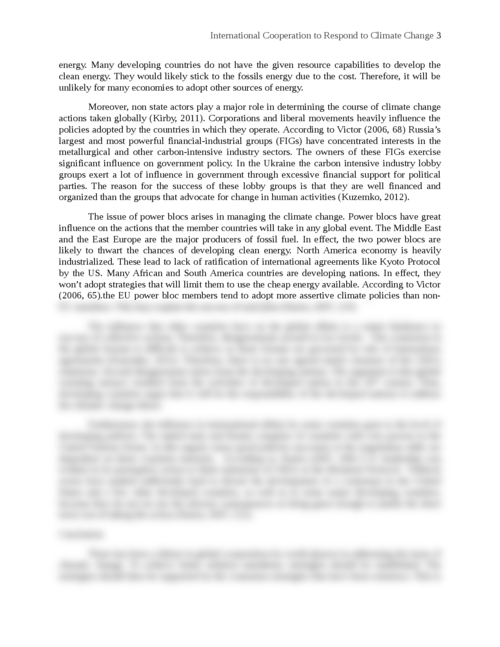 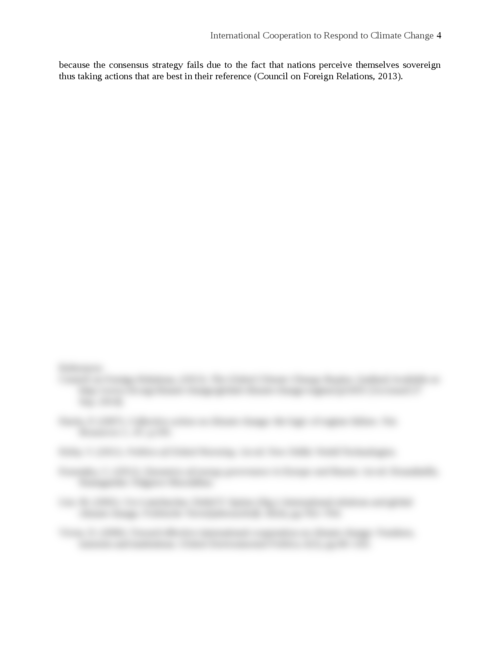 Why Has International Cooperation To Respond To Climate Change Been So Hard To Achieve?

Why has international cooperation to respond to climate change been so hard to achieve?

Title: Why Has International Cooperation To Respond To Climate Change Been So Hard To Achieve?
Length: 4 pages (1254 Words)
Style: APA

There are many functions that require global cooperation. Issues like terrorism and climate change rank among the top issues in international relations. Taking a case of climate change, regulation of human activities is required to control the climatic change. Climate change is mainly caused by the effects of human activities (Kirby, 2011). For instance, global warming is mainly caused by carbon dioxide emission as a result of industrialization. Additionally, global warming is enhanced by deforestation. In this light, various countries are bound to protect the environment in their own way. Therefore, while controlling the environment within the borders of the country, control beyond the borders is required. However, control beyond borders can only be achieved through cooperation with other economies (Council on Foreign Relations, 2013).

Climatic change is one of the most significant threats facing the world. Therefore, efforts are required at an international level to address this menace. Thus, nations and non-state actors like international organizations, non governmental agencies and transnational corporations require to come together to look for solutions (Kirby, 2011). Therefore, for better management of climate change interdependency of all global players is required. However, this interdependency has failed to materialize accordingly due to competing interests among the players.

There have been collective actions to deal with global warming issues. This action has failed to materialize effectively (Kirby, 2011). According to Harris (2007, 197) it was negotiated at the Kyoto Protocol that developed countries should reduce their emissions of green house gases (GHGs) by about five percent below 1990 levels by 2012.6 However, not all developed countries are parties to the Kyoto agreement. In this regard there are various factors that have caused the fail of collective action in climate change management.