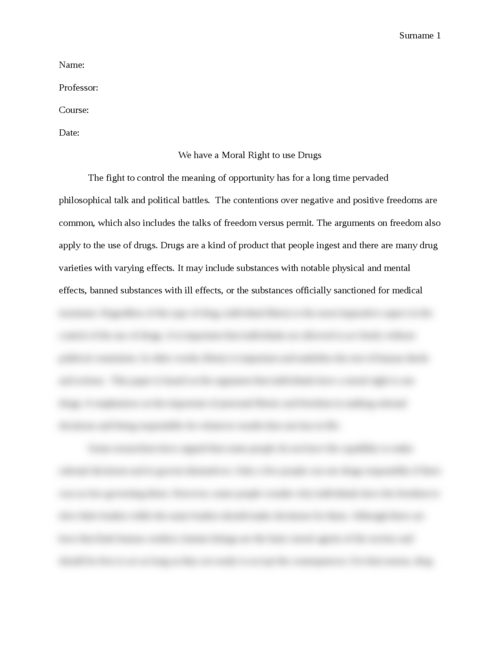 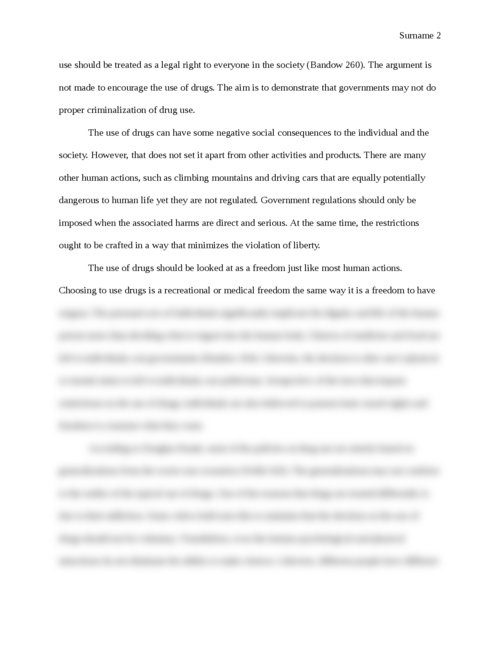 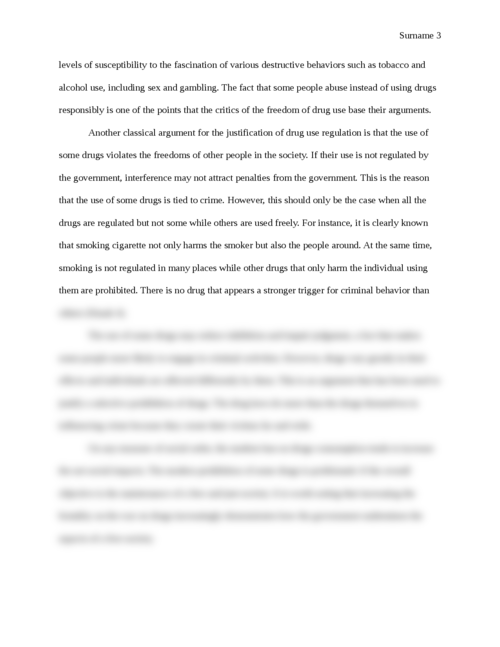 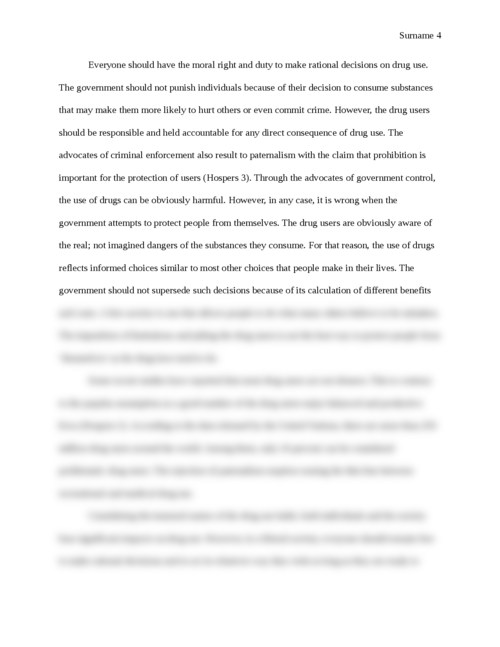 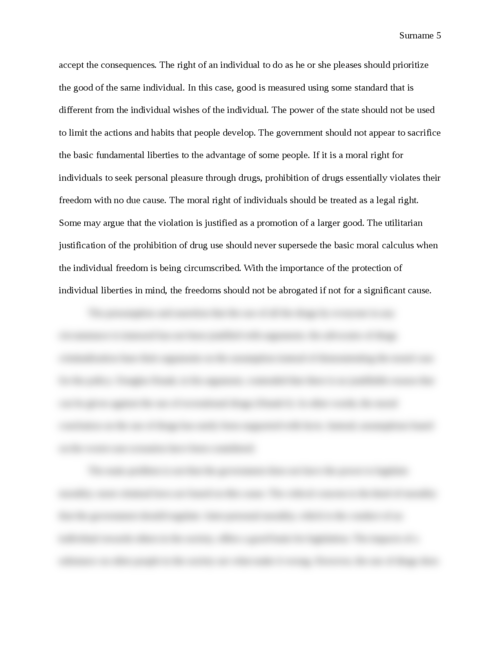 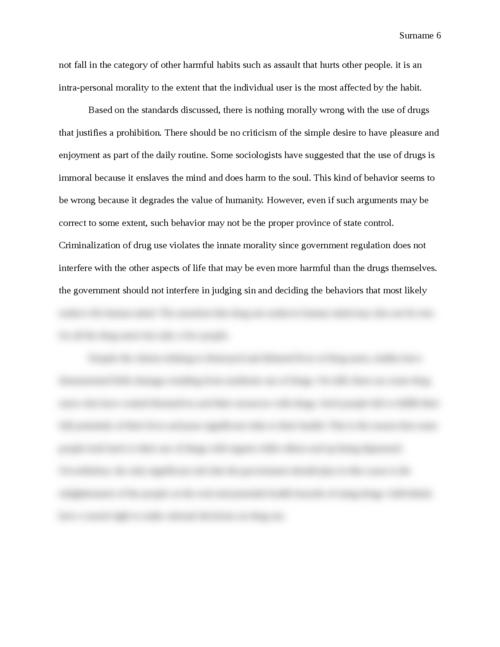 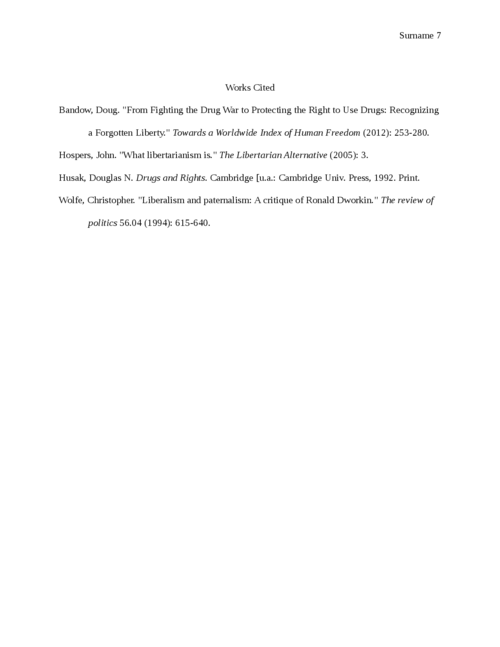 We Have A Moral Right To Use Drugs

Do we have a moral right to use drugs? Use these three sources to finish the essay.

We have a Moral Right to use Drugs

The fight to control the meaning of opportunity has for a long time pervaded philosophical talk and political battles. The contentions over negative and positive freedoms are common, which also includes the talks of freedom versus permit. The arguments on freedom also apply to the use of drugs. Drugs are a kind of product that people ingest and there are many drug varieties with varying effects. It may include substances with notable physical and mental effects, banned substances with ill effects, or the substances officially sanctioned for medical treatment. Regardless of the type of drug, individual liberty is the most imperative aspect in the control of the use of drugs. It is important that individuals are allowed to act freely without political constraints. In other words, liberty is important and underlies the rest of human deeds and actions.  This paper is based on the argument that individuals have a moral right to use drugs. It emphasizes on the important of personal liberty and freedom in making rational decisions and being responsible for whatever results that one has in life.