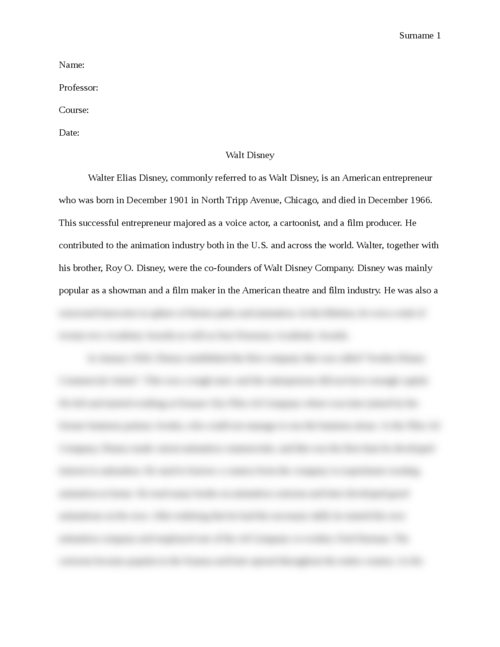 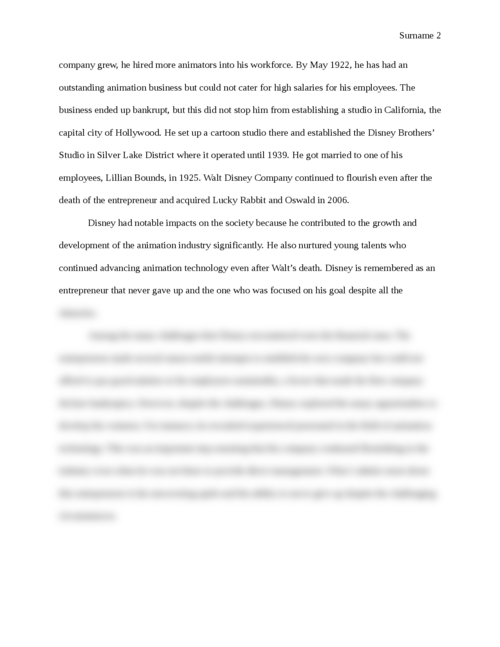 Students will choose an entrepreneur and write a report on that person. I chose Walt Disney. The report should contain the following:

Your report should be approximately 2-3 pages in length, not including references page (double-spaced, 12 point font; no title page necessary).

Walter Elias Disney, commonly referred to as Walt Disney, is an American entrepreneur who was born in December 1901 in North Tripp Avenue, Chicago, and died in December 1966. This successful entrepreneur majored as a voice actor, a cartoonist, and a film producer. He contributed to the animation industry both in the U.S. and across the world. Walter, together with his brother, Roy O. Disney, were the co-founders of Walt Disney Company. Disney was mainly popular as a showman and a film maker in the American theatre and film industry. He was also a renowned innovator in sphere of theme parks and animation. In his lifetime, he won a total of twenty-two Academy Awards as well as four Honorary Academic Awards.