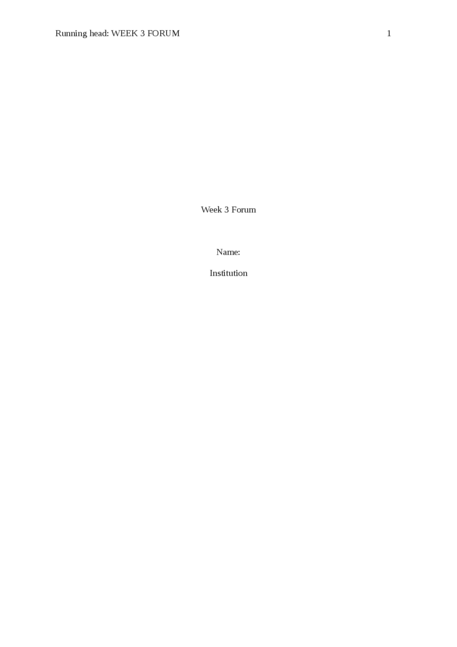 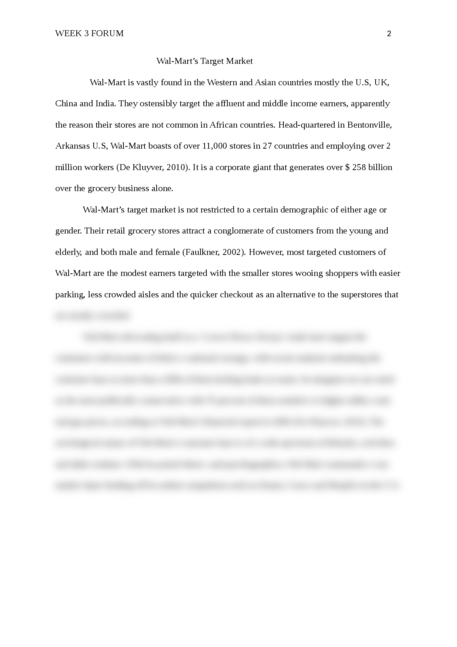 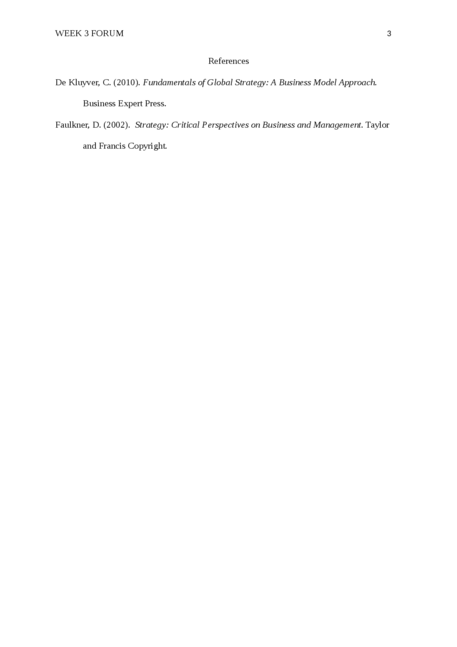 Choose an established business (Walmart) and describe their target market using appropriate dimensions (e.g., geography, age, gender, income, psychographics). Who is NOT their market? Why? Respond to at least two classmates' posts.

Wal-Mart is vastly found in the Western and Asian countries mostly the U.S, UK, China and India. They ostensibly target the affluent and middle income earners, apparently the reason their stores are not common in African countries. Head-quartered in Bentonville, Arkansas U.S, Wal-Mart boasts of over 11,000 stores in 27 countries and employing over 2 million workers (De Kluyver, 2010). It is a corporate giant that generates over $ 258 billion over the grocery business alone.

Wal-Mart’s target market is not restricted to a certain demographic of either age or gender. Their retail grocery stores attract a conglomerate of customers from the young and elderly, and both male and female (Faulkner, 2002). However, most targeted customers of Wal-Mart are the modest earners targeted with the smaller stores wooing shoppers with easier parking, less crowded aisles and the quicker checkout as an alternative to the superstores that are mostly crowded.