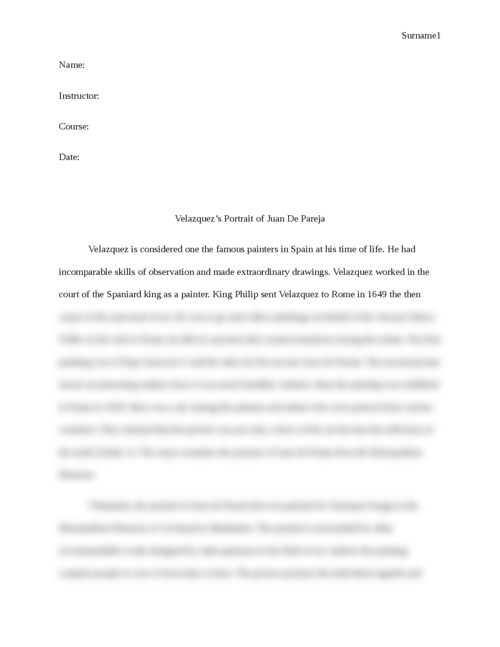 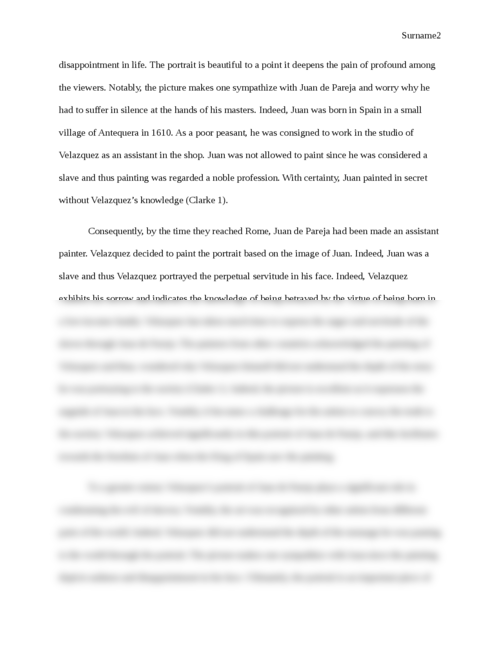 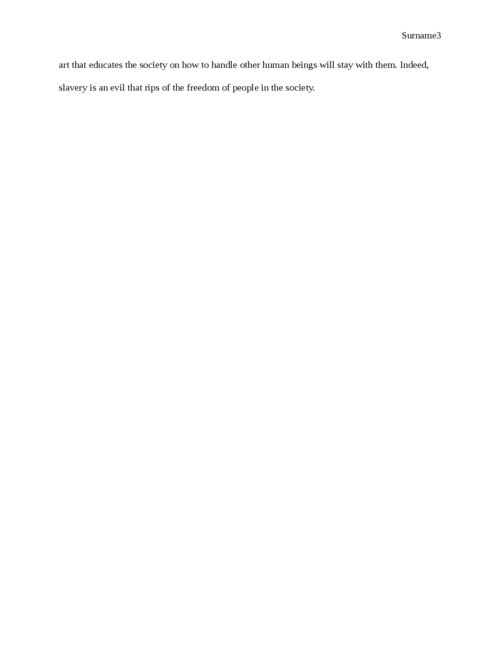 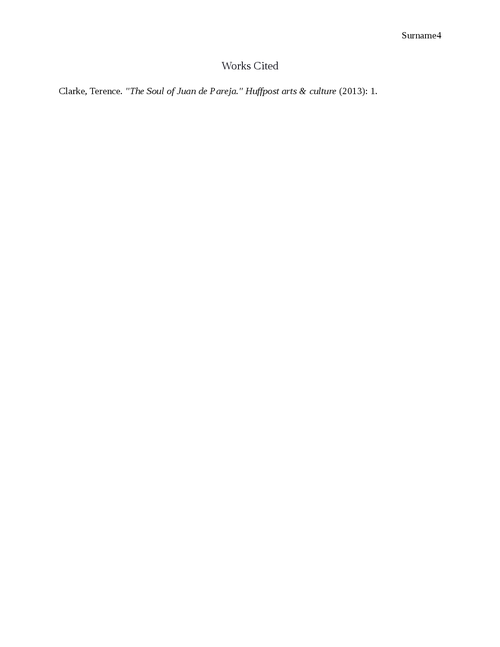 Velazquez is considered one the famous painters in Spain at his time of life. He had incomparable skills of observation and made extraordinary drawings. Velazquez worked in the court of the Spaniard king as a painter. King Philip sent Velazquez to Rome in 1649 the then center of the universal of art. He was to go and collect paintings on behalf of the Alcazar Palace. While on his visit to Rome, he did two pictures that caused sensations among the artists. The first painting was of Pope Innocent X and the other for his servant Juan De Pareja. The second picture struck an interesting subject since it was much humbler. Indeed, when the painting was exhibited in Rome in 1650, there was a stir among the painters and artists who were present from various countries. They claimed that the picture was not only a show of the art but also the reflection of the truth (Clarke 1). The essay examines the portrait of Juan de Pareja from the Metropolitan Museum.