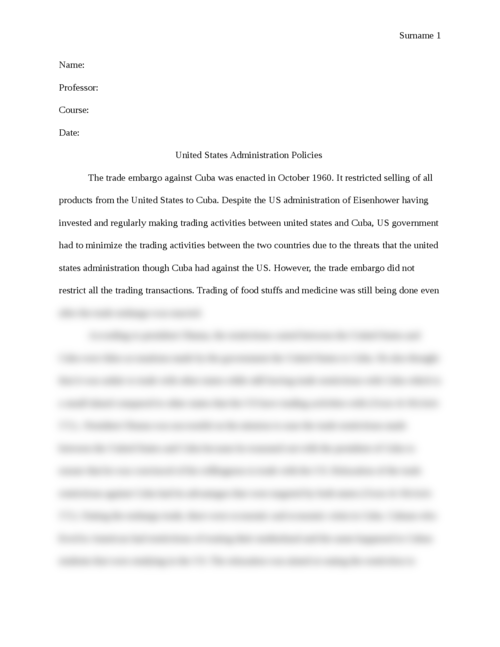 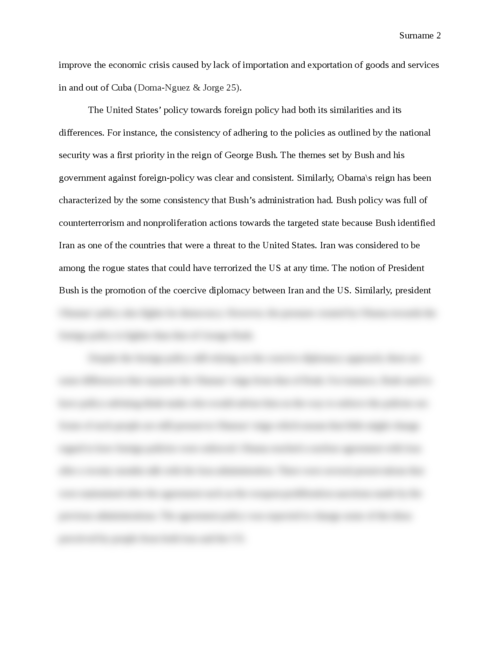 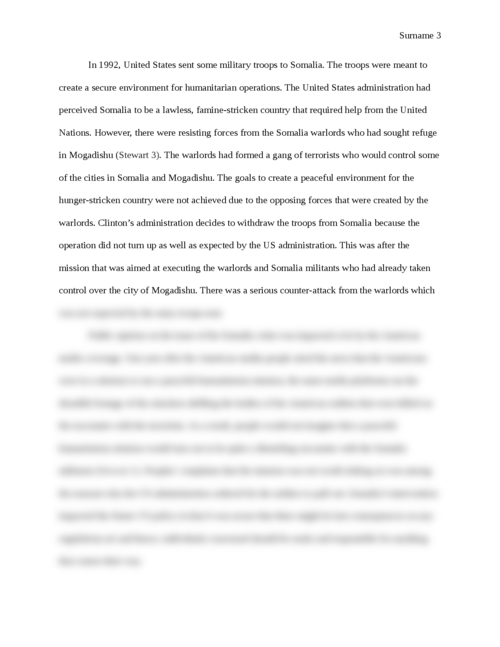 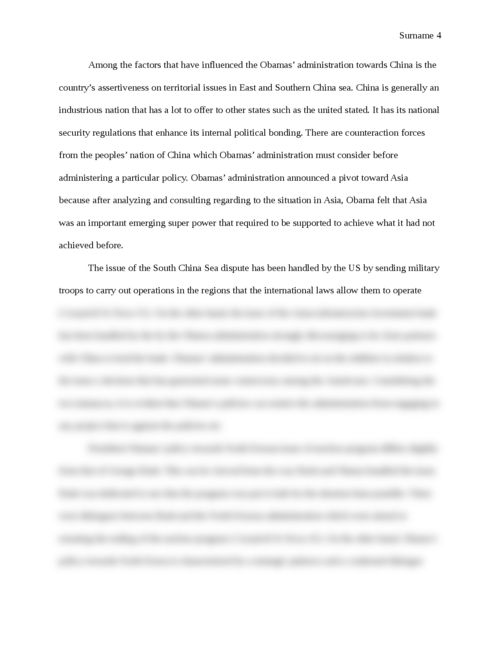 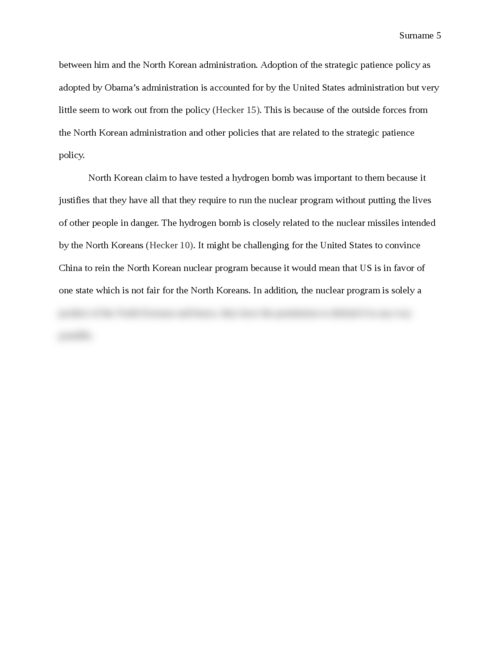 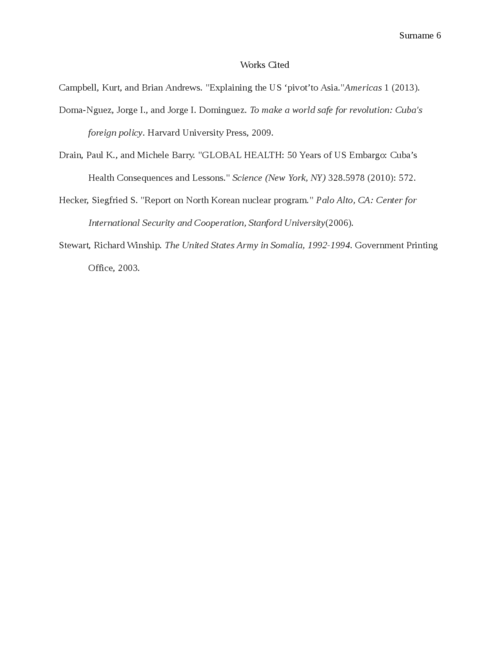 1. When and why did the United States enact the trade embargo against Cuba? Why did President Obama decide to normalize relations with Cuba? Why was he successful? What is the outlook for relaxation of US trade restrictions against Cuba?

2. Compare and contrast President Obama’s policy toward Iran with the policy of President George W. Bush? Why and how did Obama’s approach to dealing with Iran differ? How did Obama reach a nuclear agreement with Iran?

3. Why did the United States send troops to Somalia in 1992? Were these goals achieved? Why did the Clinton administration withdraw the troops in 1994? Did American media coverage of the Somalia crisis have an impact on American public opinion? If so, to what extent did public opinion influence the administration’s decision to pull out? How did the Somalia intervention affect future US policy?

5. How did President Obama’s policy toward North Korea differ from that of President George W. Bush? What accounts for the adoption of the policy of  “strategic patience?” Has this policy been successful? Why or why not? What is the significance of North Korea’s claim to have tested a hydrogen bomb? Why can’t the United States persuade China to rein in North Korea’s nuclear program?

The trade embargo against Cuba was enacted in October 1960. It restricted selling of all products from the United States to Cuba. Despite the US administration of Eisenhower having invested and regularly making trading activities between united states and Cuba, US government had to minimize the trading activities between the two countries due to the threats that the united states administration though Cuba had against the US. However, the trade embargo did not restrict all the trading transactions. Trading of food stuffs and medicine was still being done even after the trade embargo was enacted.