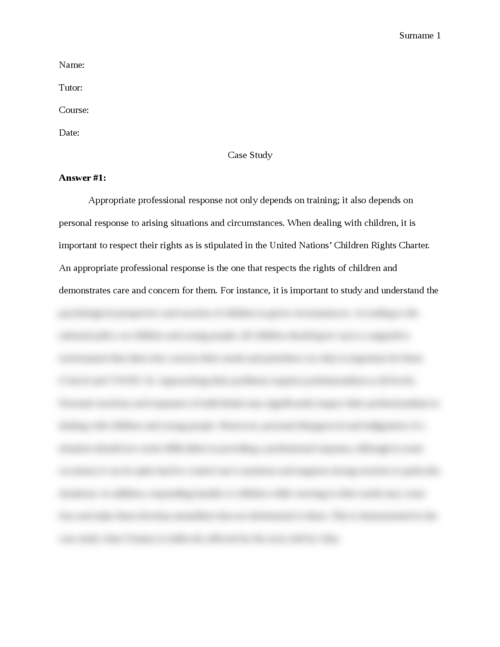 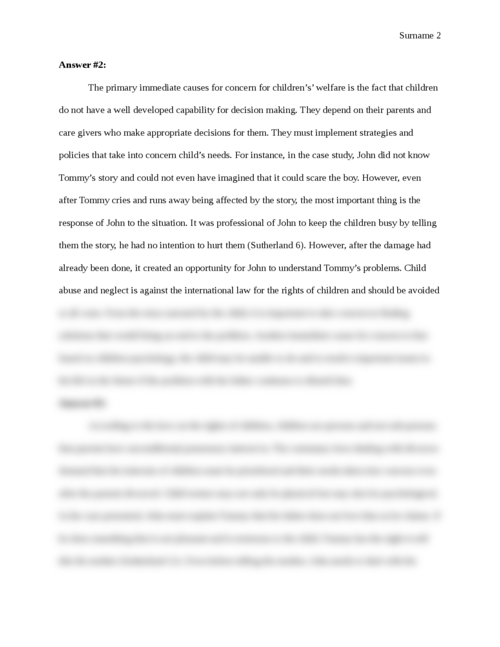 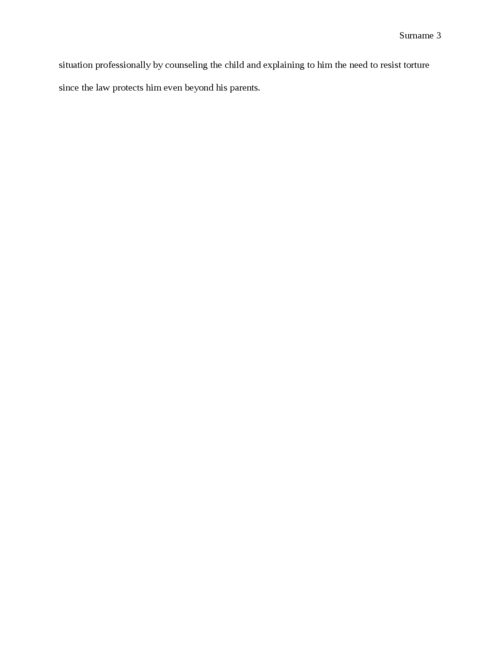 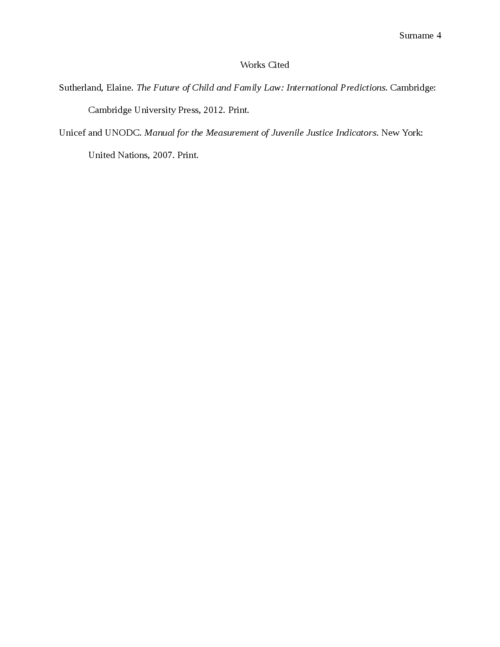 Tommy is 6 years old and this is his first time at the drama holiday workshop.  He has been enjoying himself, interacting with his peers and participating in activities.  .

John, the group leader, decides it would be an idea to read the children a story before their primary carers come to collect them.  He decides on a story about a ‘tickle monster’.  Tommy starts to cry and runs out into the corridor.  John asks a colleague to take over and follows Tommy.  He tries to calm him down and asks him if the story was a bit scary.

Tommy tells John that he wants to tell him why he is so upset but he doesn’t want John to tell his mum.  Before John can respond, Tommy goes on to say that that the story reminds him of a game his daddy likes to play with him… a tickling game.  They play it at the weekends when Tommy goes to stay with him now that his parents are divorced and his daddy doesn’t live with them anymore.

Tommy says that he tickles his daddy as part of the bath time game.  It is usually at night time when Tommy and dad have a bath together. Tommy says that they wash each other’s ‘private areas’ and although Tommy doesn’t like to do this Tommy wants to make his father happy.

Tommy wants to tell his mum about this game, but his dad told him that if he does he would be making his mummy ‘very sad and very cross’ and why would he want to make his mum sad when she seems so happy at the moment with her new life. Mum would stop weekend visits which would make dad really miserable because Tommy’s father has told him he loves him so much. So it would be better to not tell them about their little game.

Tommy wants to know what he can do to make his dad stop it.

In what ways might your personal reactions create difficulties in formulating and providing an appropriate professional response?

What are the main immediate causes for concern for the child’s welfare?

With specific reference to the legal framework and procedure what would it be advisable for the worker to do now?

Appropriate professional response not only depends on training; it also depends on personal response to arising situations and circumstances. When dealing with children, it is important to respect their rights as is stipulated in the United Nations’ Children Rights Charter. An appropriate professional response is the one that respects the rights of children and demonstrates care and concern for them. For instance, it is important to study and understand the psychological perspective and reaction of children in given circumstances