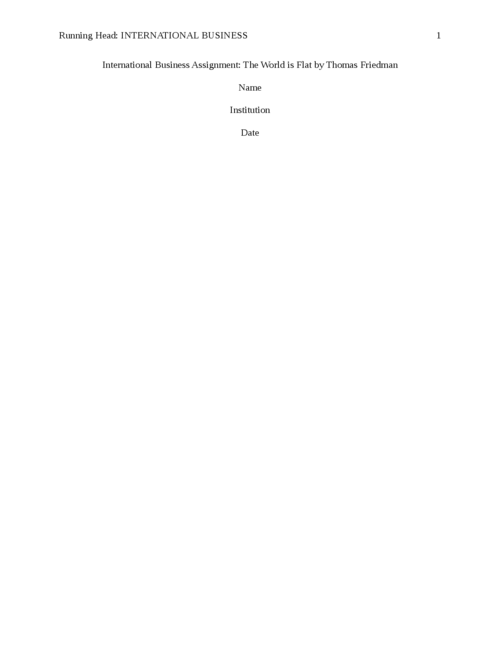 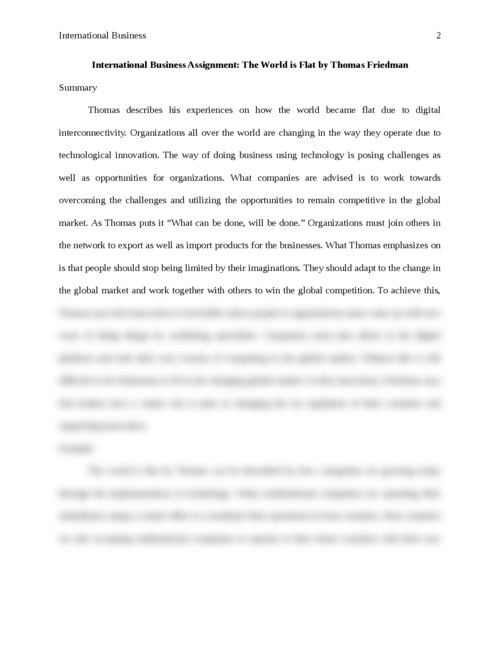 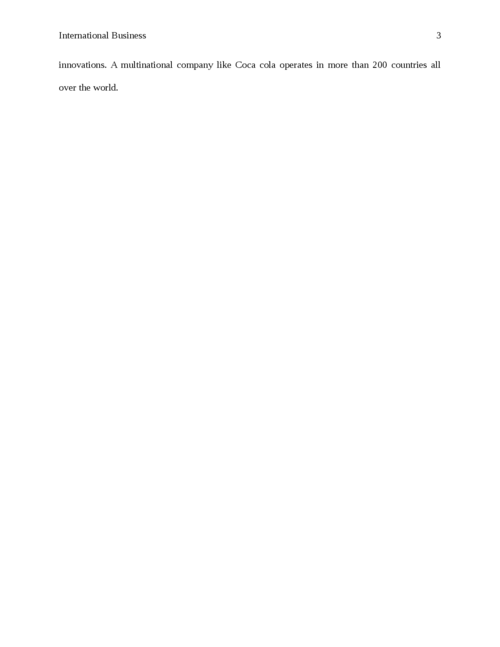 The World Is Flat

I would like you to watch the video and write a paper about it, which is under " Is the world flat"?, please take a look and follow the instructions below.

International Business Assignment:  The World is Flat by Thomas Friedman

Web link to video:   http://video.mit.edu/watch/the-world-is-flat-30-9321/ and follow the links to stream video

Description: Back in 2000, Tom Friedman recounts, the world began to shrink and flatten, under the influence of digital interconnectivity. Elaborating on his World is Flat thesis, Friedman describes how this new global order puts creative, entrepreneurial individuals in the driver's seat, and poses distinct new challenges and opportunities. The digital platform that connects Bangalore, Boston and Beijing enables users from any of these places to "plug, play, compete, connect and collaborate," and is changing everything, says Friedman.

About the Speaker(s): Thomas L. Friedman won the 2002 Pulitzer Prize for commentary, his third Pulitzer for The New York Times. He became the paper's foreign-affairs columnist in 1995. Previously, he served as chief economic correspondent in the Washington bureau and before that he was the chief White House correspondent. Friedman joined The Times in 1981 and was appointed Beirut bureau chief in 1982. In 1984 he was transferred from Beirut to Jerusalem, where he served as Israel bureau chief until 1988. Mr. Friedman was awarded the 1983 Pulitzer Prize for international reporting (from Lebanon) and the 1988 Pulitzer Prize for international reporting (from Israel). His book, From Beirut to Jerusalem (1989), won the National Book Award for non-fiction in 1989 and The Lexus and the Olive Tree (2000) won the 2000 Overseas Press Club award for best nonfiction book on foreign policy and has been published in 27 languages. His last book, Longitudes and Attitudes: Exploring the World After September 11 (2002), consists of columns Friedman published about September 11 as well as a diary of his private experiences and reflections during his reporting on the post-September world.

Born in Minneapolis, Friedman received a B.A. in Mediterranean Studies from Brandeis University in 1975. In 1978 he received a Master of Philosophy degree in Modern Middle East studies from Oxford.

International Business Assignment: The World is Flat by Thomas Friedman

Thomas describes his experiences on how the world became flat due to digital interconnectivity. Organizations all over the world are changing in the way they operate due to technological innovation. The way of doing business using technology is posing challenges as well as opportunities for organizations. What companies are advised is to work towards overcoming the challenges and utilizing the opportunities to remain competitive in the global market. As Thomas puts it “What can be done, will be done.” Organizations must join others in the network to export as well as import products for the businesses. What Thomas emphasizes on is that people should stop being limited by their imaginations. 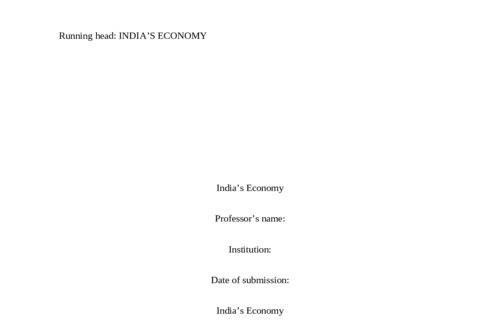