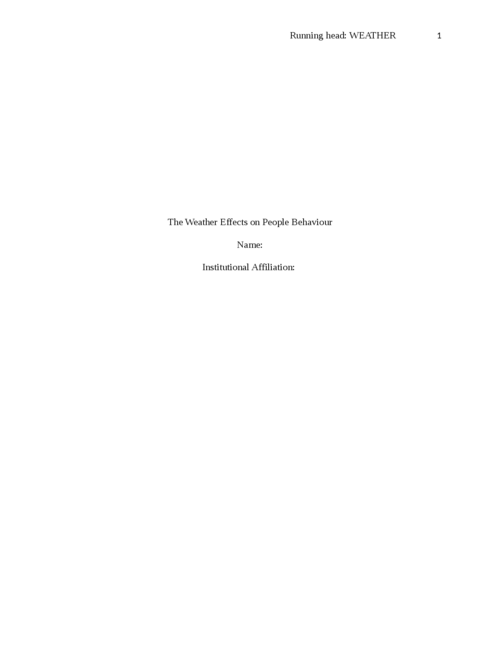 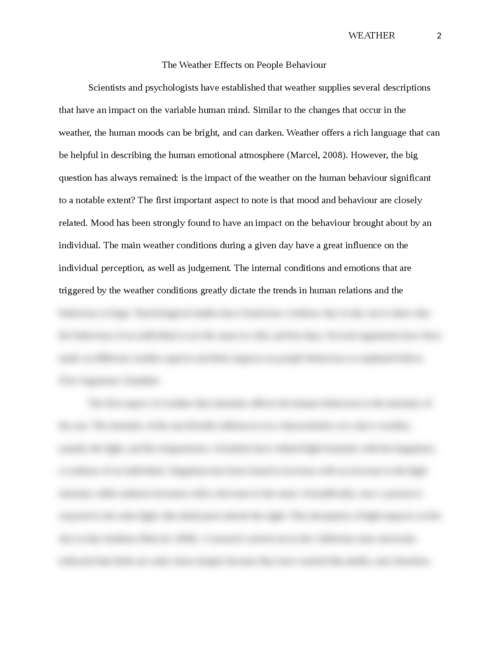 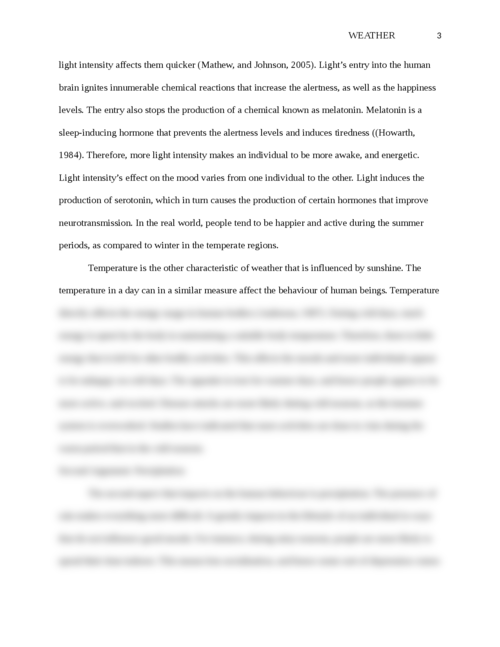 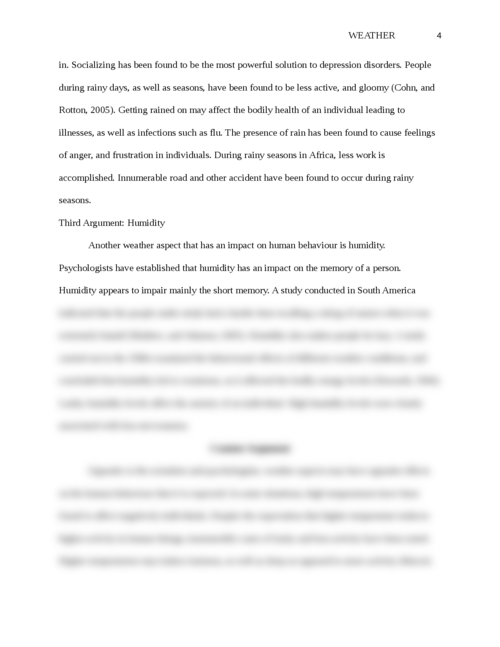 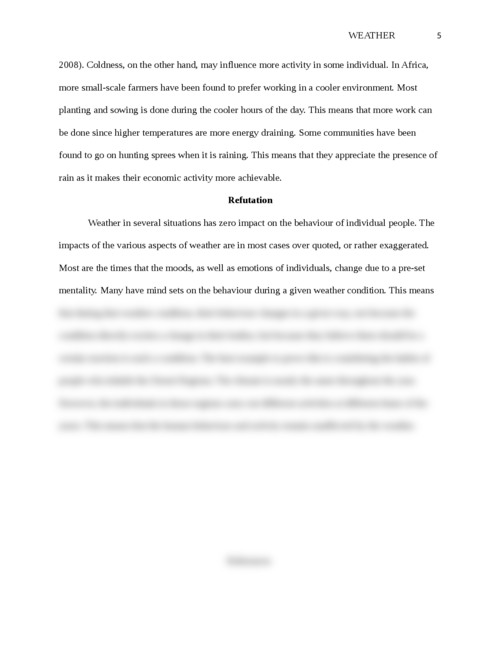 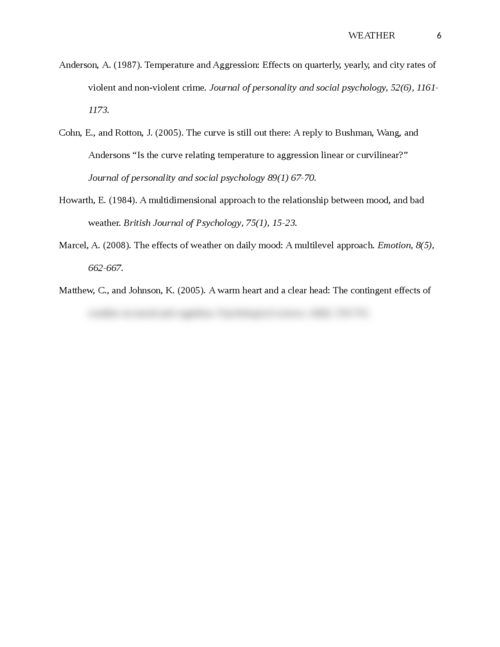 The Weather Effects On People Behaviour

The Weather Effects on People Behaviour

Scientists and psychologists have established that weather supplies several descriptions that have an impact on the variable human mind. Similar to the changes that occur in the weather, the human moods can be bright, and can darken. Weather offers a rich language that can be helpful in describing the human emotional atmosphere (Marcel, 2008). However, the big question has always remained: is the impact of the weather on the human behaviour significant to a notable extent? The first important aspect to note is that mood and behaviour are closely related. Mood has been strongly found to have an impact on the behaviour brought about by an individual. The main weather conditions during a given day have a great influence on the individual perception, as well as judgement. The internal conditions and emotions that are triggered by the weather conditions greatly dictate the trends in human relations and the behaviour at large. Psychological studies have found new evidence day in day out to show that the behaviour of an individual is not the same in cold, and hot days.