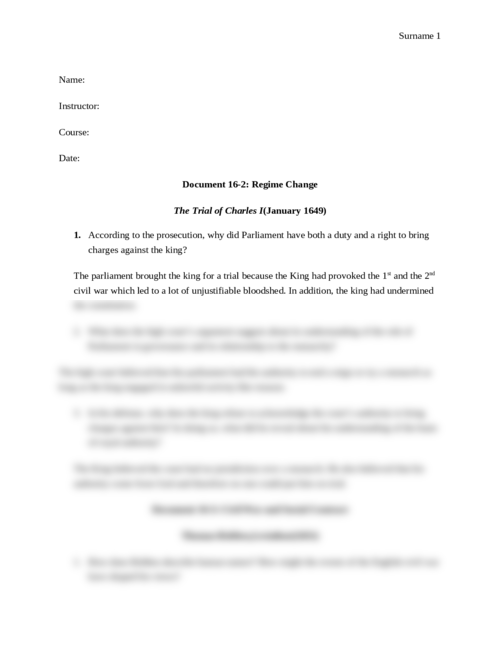 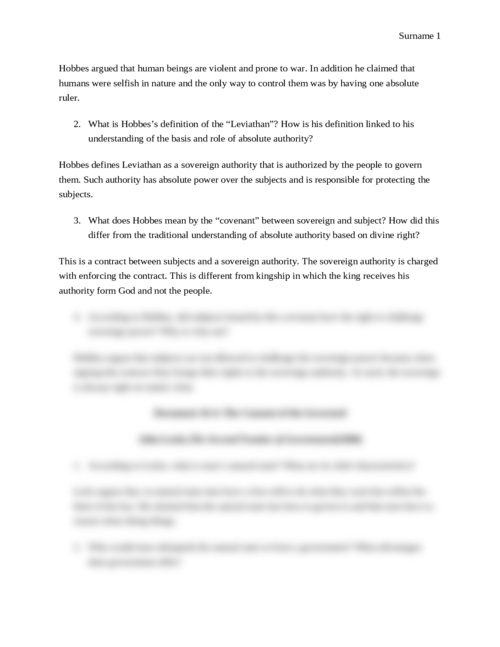 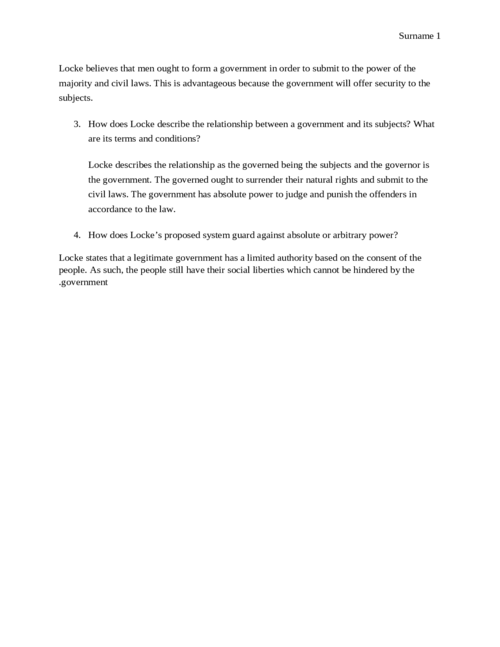 Our electoral system owes a lot to debates about the nature of governmental power or authority (royal or otherwise) that took place many centuries ago. The English, as you will soon learn, debated this question and executed a king in the process. How would you have ruled at the King's trial? Did he, in fact, commit treason? Do you share Hobbes pessimism about the nature of man and society, or do you subscribe to Locke's more positive interpretation?

Use your textbook and the documents to answer the following questions.

According to the prosecution, why did Parliament have both a duty and a right to bring charges against the king?

What does the high court’s argument suggest about its understanding of the role of Parliament in governance and its relationship to the monarchy?

In his defense, why does the king refuse to acknowledge the court’s authority to bring charges against him? In doing so, what did he reveal about his understanding of the basis of royal authority?

How does Hobbes describe human nature? How might the events of the English civil war have shaped his views?

What is Hobbes’s definition of the “Leviathan”? How is his definition linked to his understanding of the basis and role of absolute authority?

What does Hobbes mean by the “covenant” between sovereign and subject? How did this differ from the traditional understanding of absolute authority based on divine right?

According to Hobbes, did subjects bound by this covenant have the right to challenge sovereign power? Why or why not?

Document 16-4: The Consent of the Governed

According to Locke, what is man’s natural state? What are its chief characteristics?

Why would men relinquish the natural state to form a government? What advantages does government offer?

How does Locke describe the relationship between a government and its subjects? What are its terms and conditions?

How does Locke’s proposed system guard against absolute or arbitrary power?

The parliament brought the king for a trial because the King had provoked the 1st and the 2nd civil war which led to a lot of unjustifiable bloodshed. In addition, the king had undermined the constitution.

The high court believed that the parliament had the authority to end a reign or try a monarch as long as the king engaged in unlawful activity like treason.