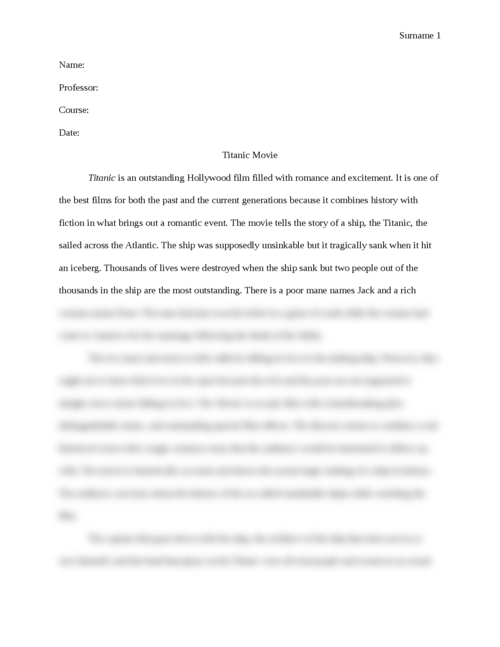 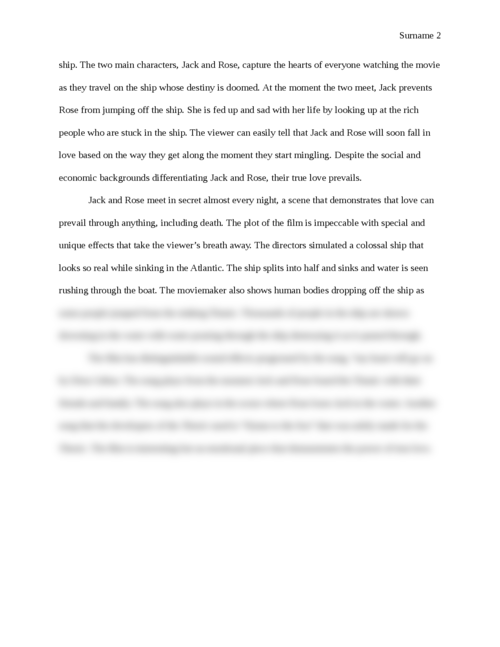 Write an essay  paper on any hollywood movie

Titanic is an outstanding Hollywood film filled with romance and excitement. It is one of the best films for both the past and the current generations because it combines history with fiction in what brings out a romantic event. The movie tells the story of a ship, the Titanic, the sailed across the Atlantic. The ship was supposedly unsinkable but it tragically sank when it hit an iceberg. Thousands of lives were destroyed when the ship sank but two people out of the thousands in the ship are the most outstanding. There is a poor mane names Jack and a rich woman names Rose. The man had just won his ticket in a game of cards while the women had come to America for her marriage following the death of her father.