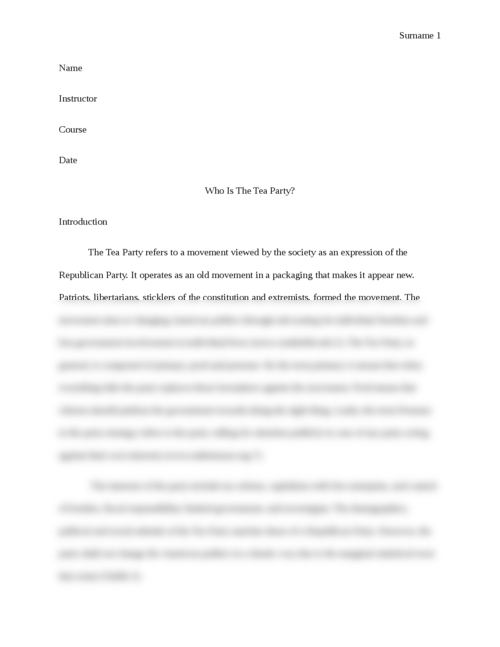 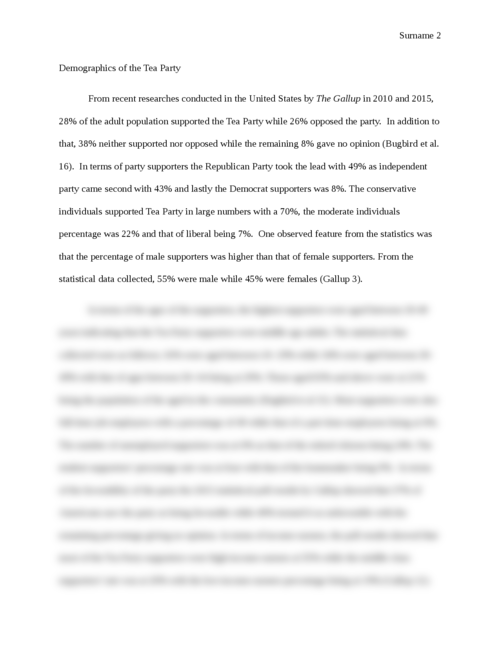 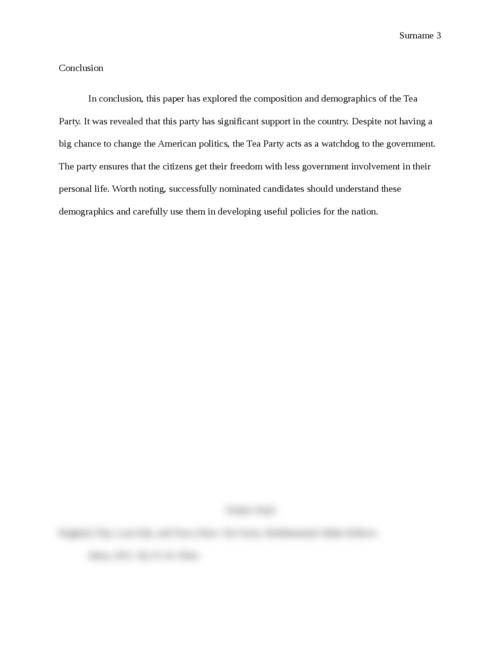 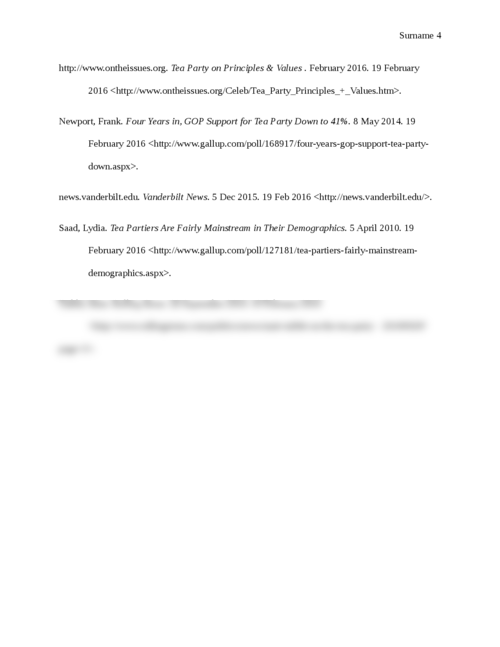 Who Is The Tea Party?

Who Is The Tea Party?

The Tea Party refers to a movement viewed by the society as an expression of the Republican Party. It operates as an old movement in a packaging that makes it appear new. Patriots, libertarians, sticklers of the constitution and extremists, formed the movement. The movement aims at changing American politics through advocating for individual freedom and less government involvement in individual lives (news.vanderbilt.edu 5). The Tea Party, in general, is composed of primary, prod and pressure. By the term primary, it means that when everything fails the party replaces those lawmakers against the movement.