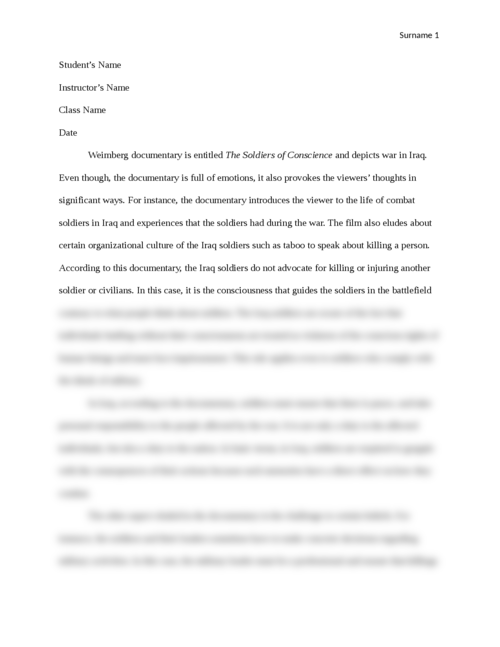 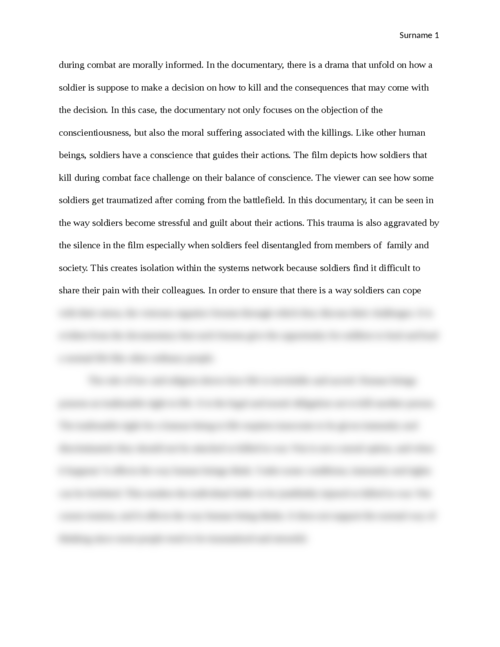 The Soldiers Of Conscience And Depicts War In Iraq

What are some of your thoughts and observations on the Weimberg / Ryan documentary? How does it support, or undermine, the tenets of human nature or cognitive theory?

Weimberg documentary is entitled The Soldiers of Conscience and depicts war in Iraq. Even though, the documentary is full of emotions, it also provokes the viewers’ thoughts in significant ways. For instance, the documentary introduces the viewer to the life of combat soldiers in Iraq and experiences that the soldiers had during the war. The film also eludes about certain organizational culture of the Iraq soldiers such as taboo to speak about killing a person. According to this documentary, the Iraq soldiers do not advocate for killing or injuring another soldier or civilians. In this case, it is the consciousness that guides the soldiers in the battlefield contrary to what people think about soldiers. The Iraq soldiers are aware of the fact that individuals battling without their consciousness are treated as violators of the conscious rights of human beings and must face imprisonment. This rule applies even to soldiers who comply with the ideals of military.