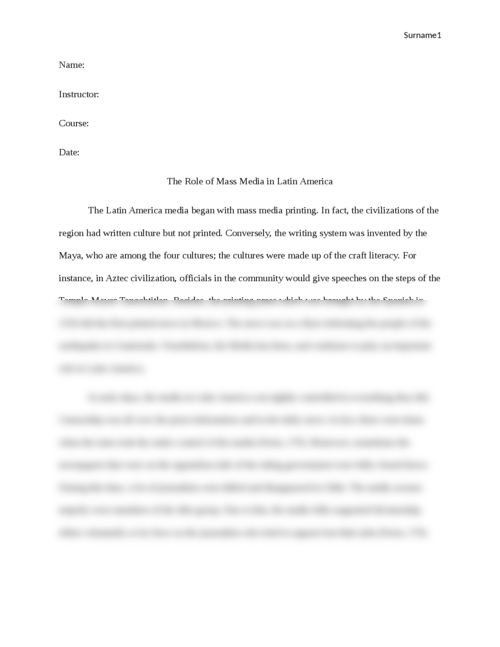 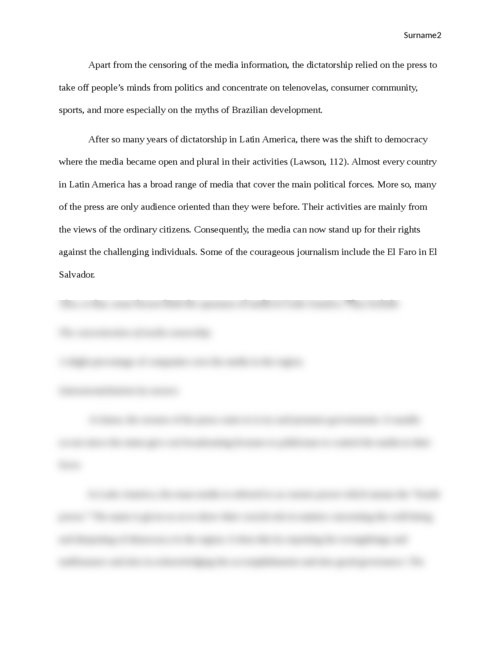 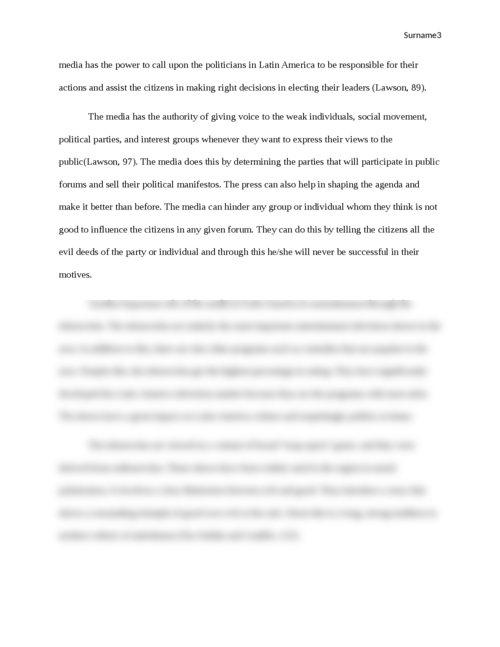 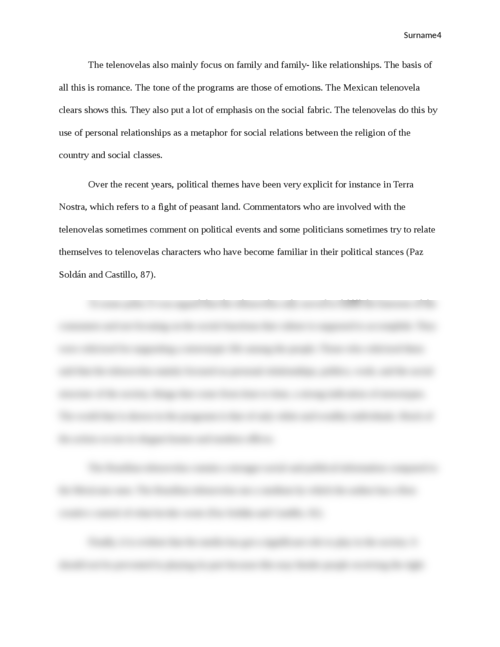 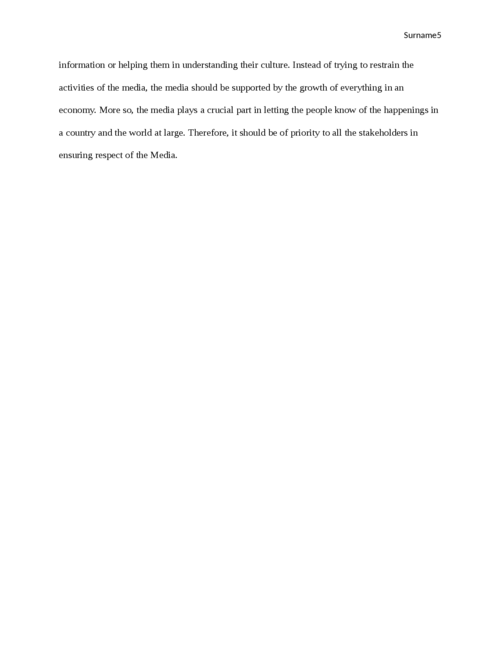 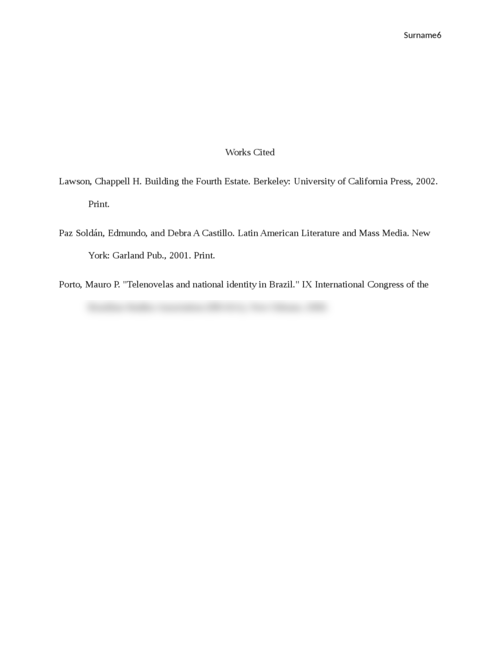 The Role Of Mass Media In Latin America

The media are generally seen as very powerful institutions in Latin America, with enormous impact on culture, society and politics.

Their role is often a focus of controversy, with some seeing them as dangerous concentrations of power and tools of oligarchy that serve the rich and powerful at the expense of the majority of the population, and others seeing them more positively as important forums for social discussion and as independent institutions that can contribute to democracy and social progress.

Drawing on the materials for this course, give your own assessment of the role of media in Latin American society.

In your answer, you should make use of AT LEAST 3 readings( I will upload a reading list to you, you can find those readings online) from the course, and should pay attention to both news and political media, and to entertainment, including, specifically, the role of the telenovela.

The Role of Mass Media in Latin America

The Latin America media began with mass media printing. In fact, the civilizations of the region had written culture but not printed. Conversely, the writing system was invented by the Maya, who are among the four cultures; the cultures were made up of the craft literacy. For instance, in Aztec civilization, officials in the community would give speeches on the steps of the Templo Mayor Tenochtitlan. Besides, the printing press which was brought by the Spanish in 1536 did the first printed news in Mexico. The news was on a flyer informing the people of the earthquake in Guatemala. Nonetheless, the Media has been, and continues to play an important role in Latin America.

In early days, the media in Latin America was tightly controlled in everything they did. Censorship was all over the press information and in the daily news. In fact, there were times when the state took the entire control of the media (Porto, 179). Moreover, sometimes the newspapers that were on the opposition side of the ruling government were fully closed down. During this time, a lot of journalists were killed and disappeared in Chile. The media owners majorly were members of the elite group. Due to this, the media fully supported dictatorship either voluntarily or by force as the journalists who tried to oppose lost their jobs (Porto, 179).