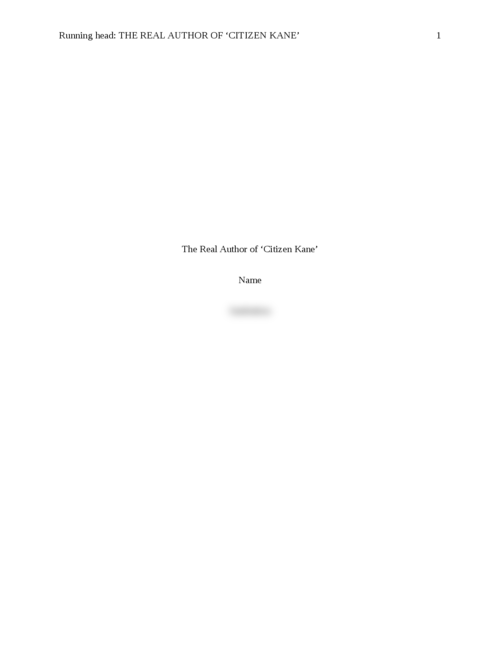 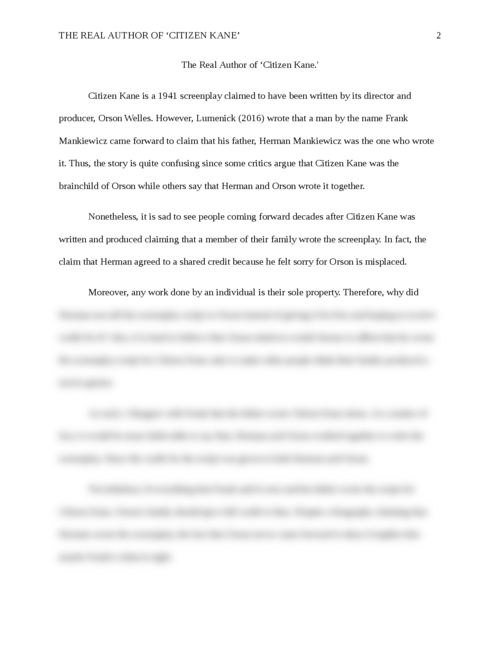 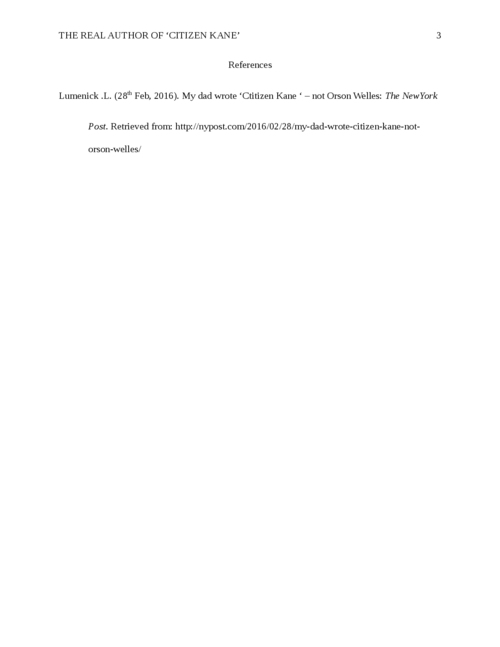 The Real Author Of ‘Citizen Kane’

Pick a current event that's happening now, pick an article that must pertain to any sociological issue. After you pick the article type a 5 paragraph reaction paper use any of these sources, use sociology terms

Citizen Kane is a 1941 screenplay claimed to have been written by its director and producer, Orson Welles. However, Lumenick (2016) wrote that a man by the name Frank Mankiewicz came forward to claim that his father, Herman Mankiewicz was the one who wrote it. Thus, the story is quite confusing since some critics argue that Citizen Kane was the brainchild of Orson while others say that Herman and Orson wrote it together.