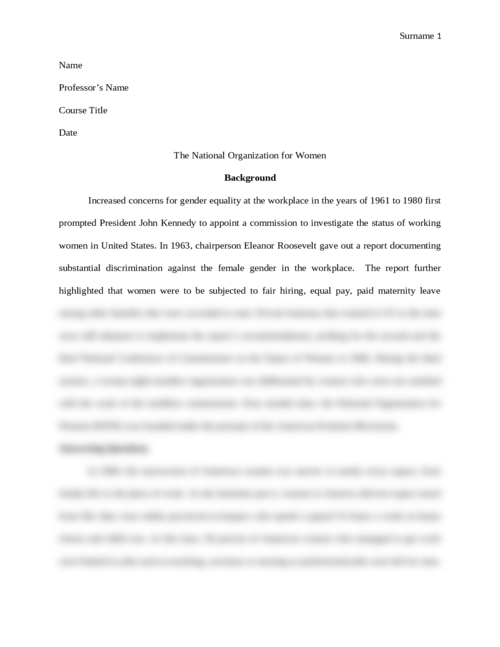 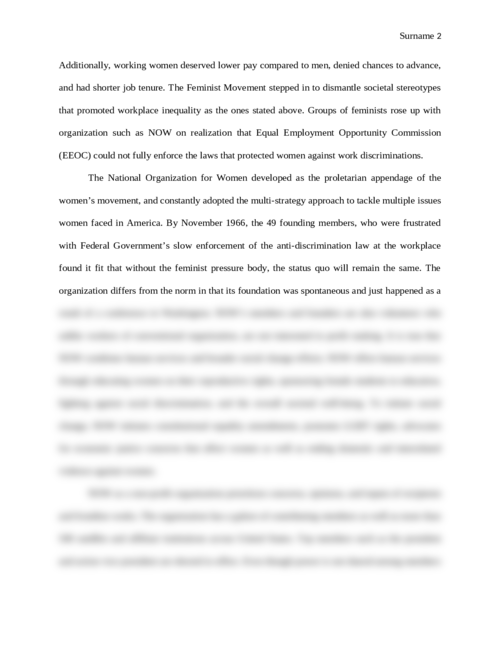 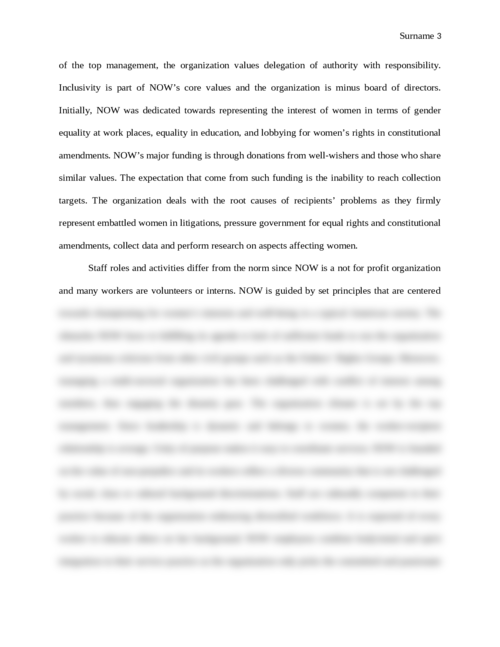 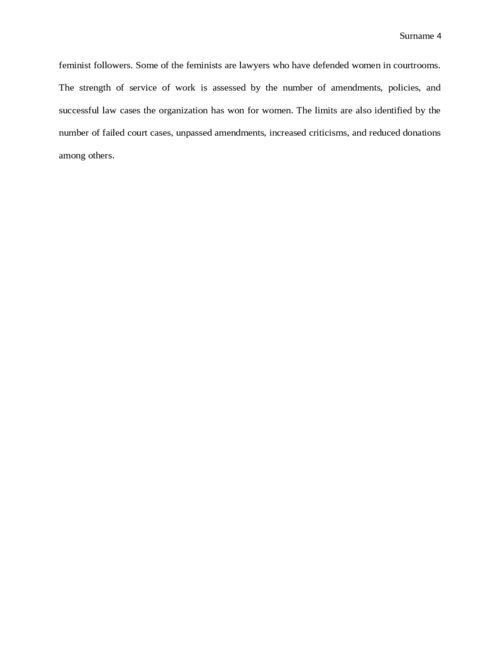 The National Organization For Women

How did this organization develop and how does it differ from the norm? Do they combine human services and broader social change efforts? How?

Do recipients and front line workers have a say? Are they collectively & democratically organized or do they have a hierarchy of power, or a mix? Is power shared? Do they have a board of directors? What interests and constituencies do they represent?

Where do they get their funding and what expectations come with such funding?

Does the organization deal with root causes of recipient problems and if so, how? How do staff roles and activities differ from the norm?

Do they have a mission, a vision and set of principles that guides their practice? What are they? What obstacles and limits do they face in fulfilling their mission and vision?

What is their organizational climate and atmosphere like and how well do recipients and workers relate to each other and those who coordinate service?

Does the staff reflect the racial, class and cultural background of those they serve? Are they culturally aware, or culturally competent, in their practice? How have they attempted to dismantle racism, sexism, classism, homophobia, adultism, ableism, etc, in their workplace?

Do they combine mind/body, spirit integration in their service practice? How do they develop these capacities?

How do they assess the strengths and limits of their work?

The National Organization for Women

Increased concerns for gender equality at the workplace in the years of 1961 to 1980 first prompted President John Kennedy to appoint a commission to investigate the status of working women in United States. In 1963, chairperson Eleanor Roosevelt gave out a report documenting substantial discrimination against the female gender in the workplace. The report further highlighted that women were to be subjected to fair hiring, equal pay, paid maternity leave among other benefits that were accorded to men.

Private business that existed in US at the time were still adamant to implement the report’s recommendations, probing for the second and the third National Conference of Commissions on the Status of Women in 1966. During the third session, a twenty-eight-member organization was deliberated by women who were not satisfied with the work of the toothless commissions. Four months later, the National Organization for Women (NOW) was founded under the precepts of the American Feminist Movement.