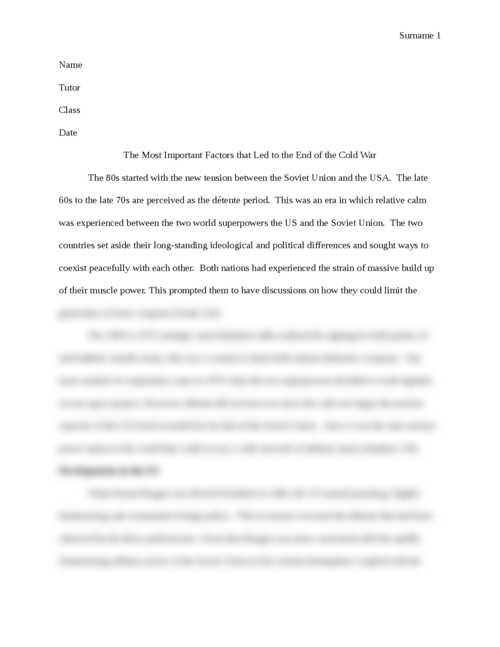 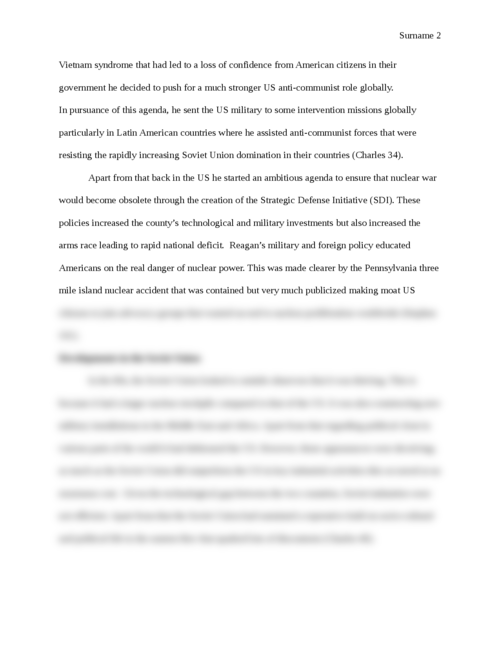 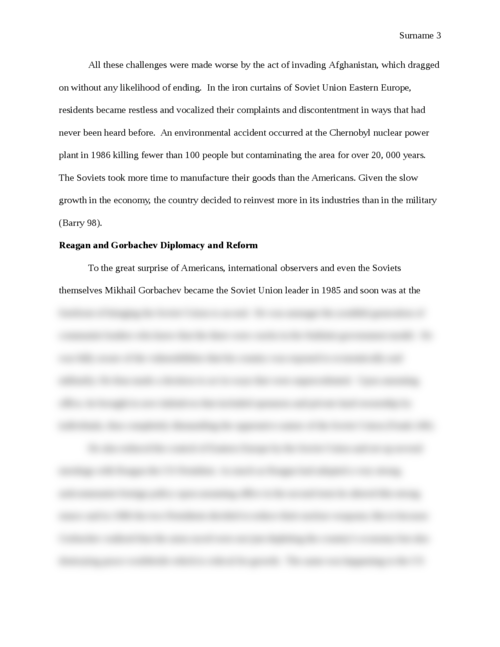 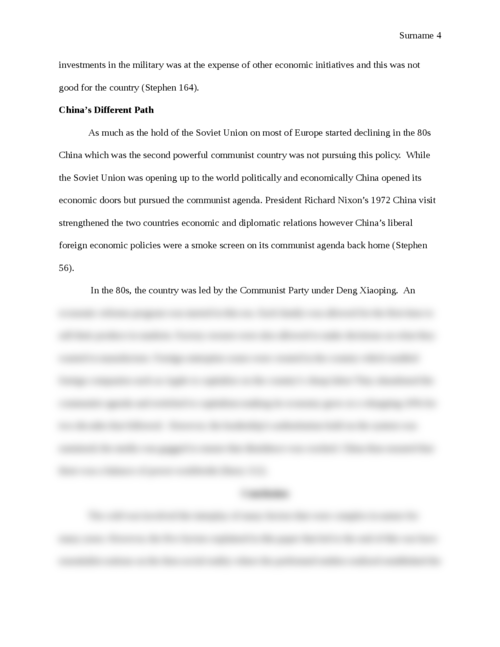 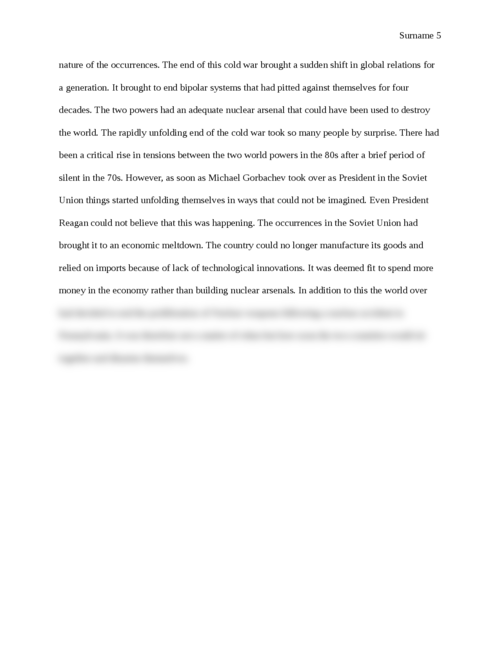 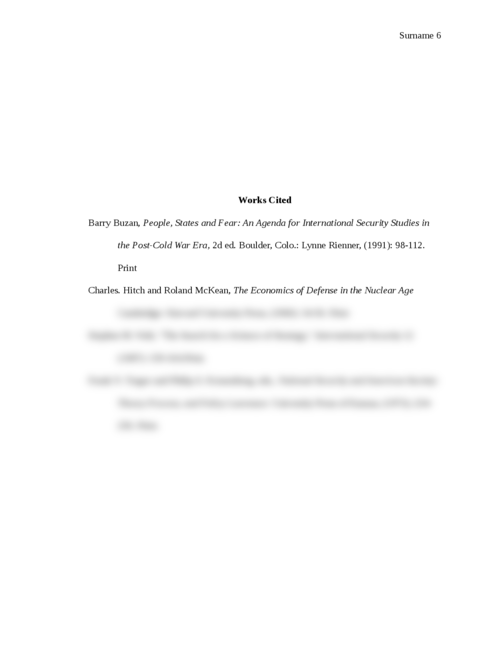 In your opinion what were the most important factors leading to the end of the cold war?

Title: The Most Important Factors That Led To The End Of The Cold War
Length: 5 pages (1375 Words)
Style: MLA

The 80s started with the new tension between the Soviet Union and the USA.  The late 60s to the late 70s are perceived as the détente period.  This was an era in which relative calm was experienced between the two world superpowers the US and the Soviet Union.  The two countries set aside their long-standing ideological and political differences and sought ways to coexist peacefully with each other.  Both nations had experienced the strain of massive build up of their muscle power. This prompted them to have discussions on how they could limit the generation of more weapons (Frank 234).