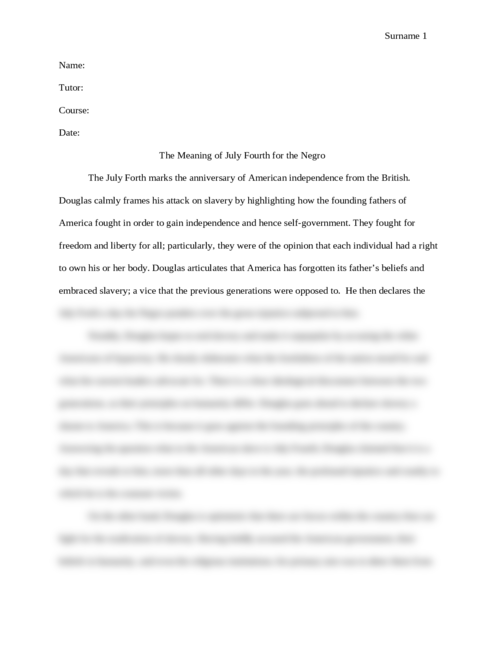 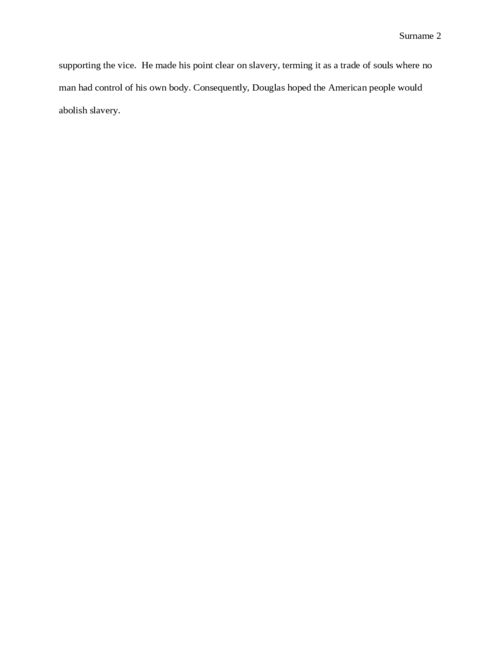 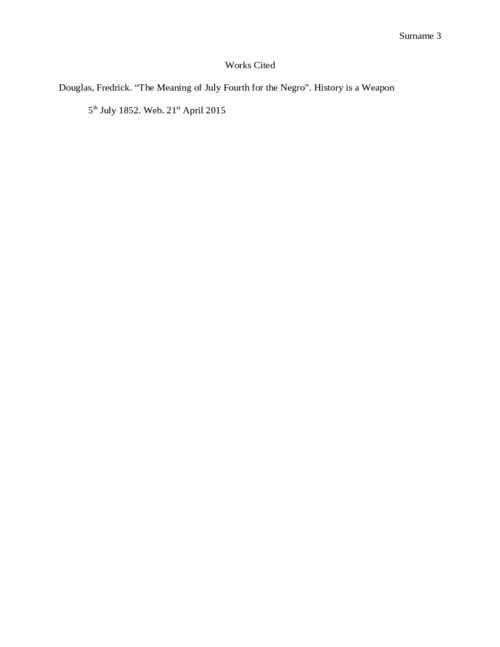 The Meaning Of July Fourth For The Negro

You will first be reading Frederick Douglas's speech ""The Meaning of July Fourth for the Negro."  Given as tensions over slavery rose in the early 1850s, this speech is widely considered Douglas's best, attacking slavery within the context of American freedom.  After reading this document (the link is below), I want you to write on the following questions.

1.  How does Douglas use the 4th of July and American history in general to frame his attack on slavery?

2.  What does Douglas hope to accomplish by accusing white Americans of hypocrisy?

3.  Does Douglas possess any optimism in terms of the evils of slavery being addressed?

The Meaning of July Fourth for the Negro

The July Forth marks the anniversary of American independence from the British. Douglas calmly frames his attack on slavery by highlighting how the founding fathers of America fought in order to gain independence and hence self-government. They fought for freedom and liberty for all; particularly, they were of the opinion that each individual had a right to own his or her body. Douglas articulates that America has forgotten its father’s beliefs and embraced slavery; a vice that the previous generations were opposed to. He then declares the July Forth a day the Negro ponders over the gross injustice subjected to him.