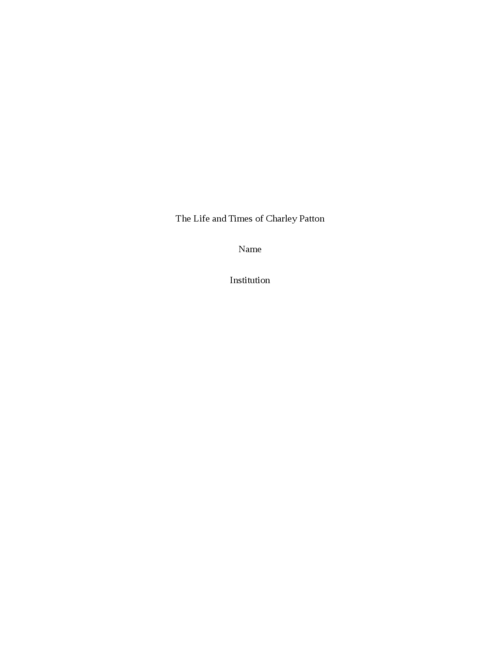 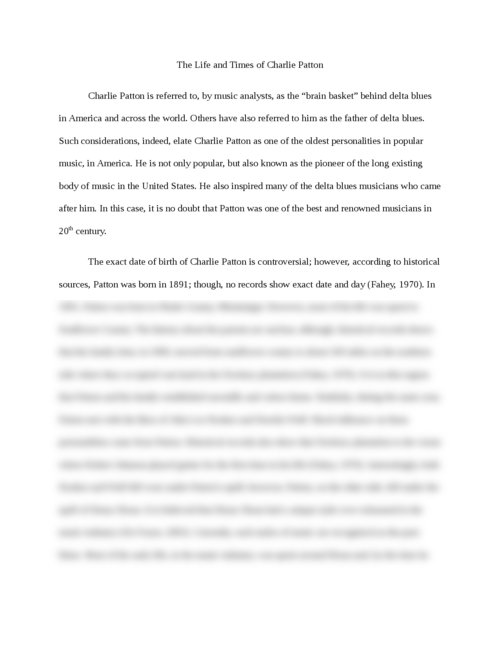 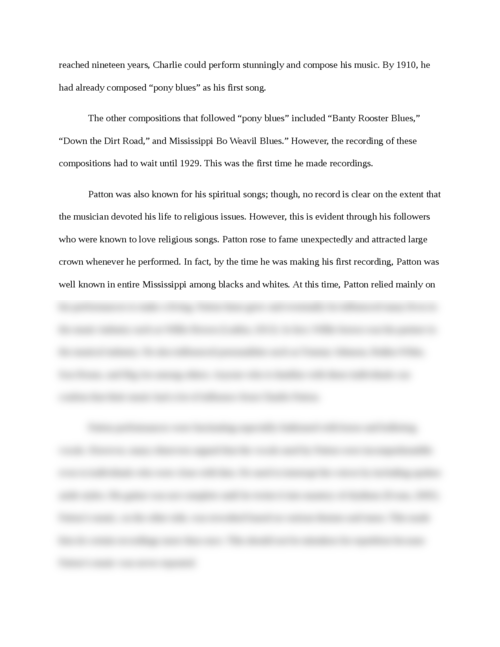 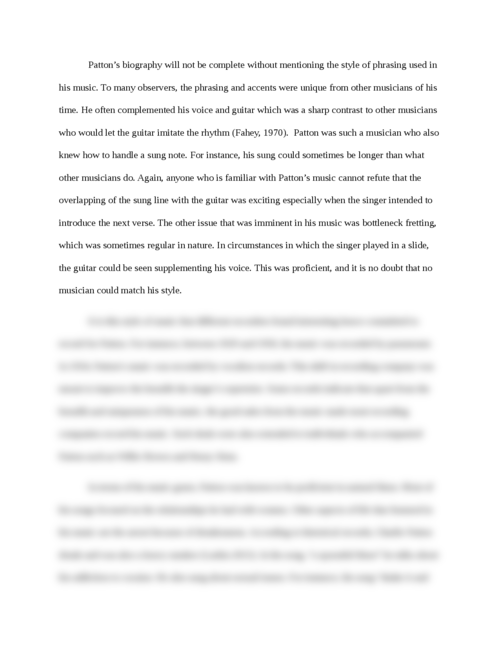 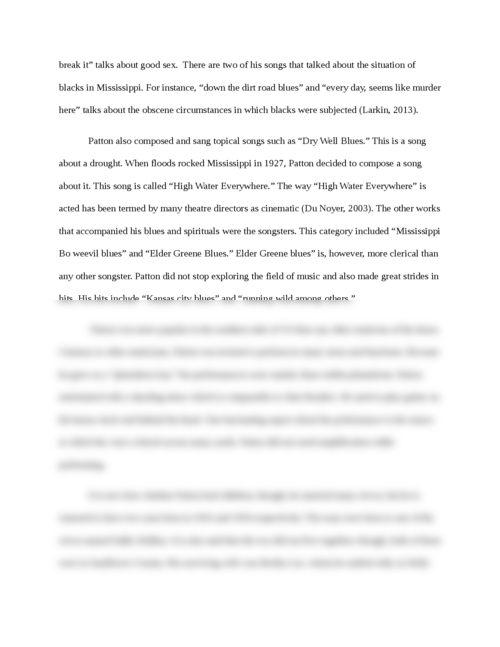 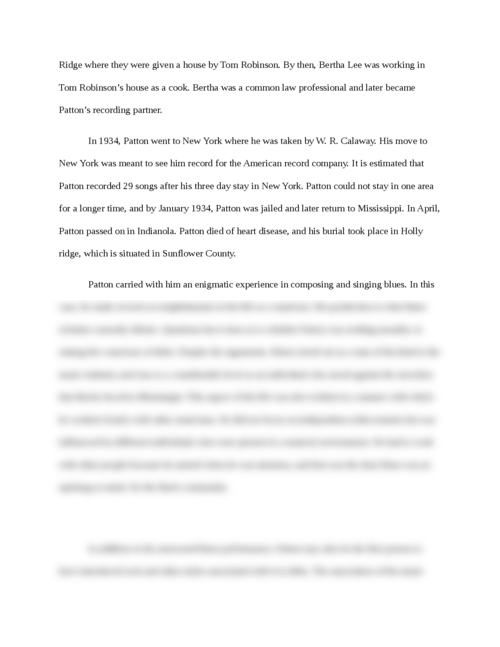 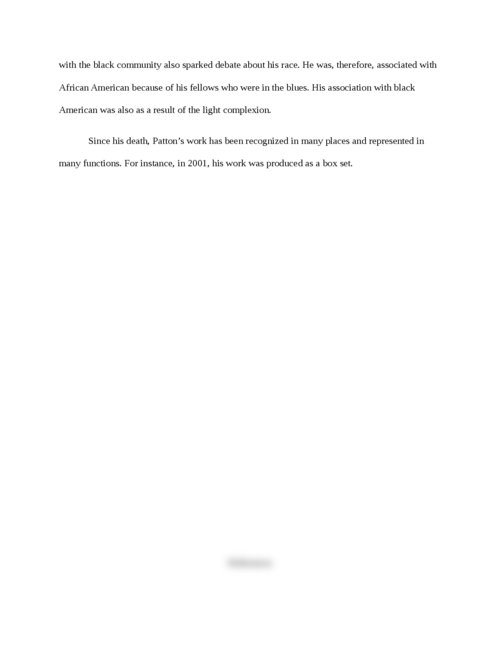 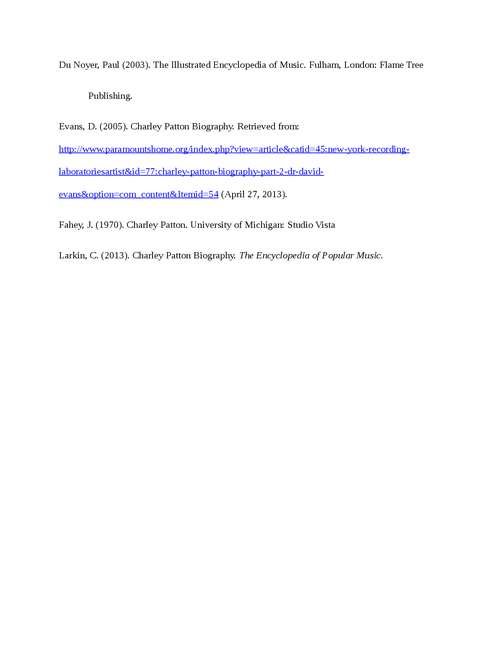 The Life And Times Of Charley Patton

Charley Patton was a blues artist in the early 1900's. I need a term paper on the biography of his life.

The Life and Times of Charlie Patton

Charlie Patton is referred to, by music analysts, as the “brain basket” behind delta blues in America and across the world. Others have also referred to him as the father of delta blues. Such considerations, indeed, elate Charlie Patton as one of the oldest personalities in popular music, in America. He is not only popular, but also known as the pioneer of the long existing body of music in the United States. He also inspired many of the delta blues musicians who came after him. In this case, it is no doubt that Patton was one of the best and renowned musicians in 20th century. 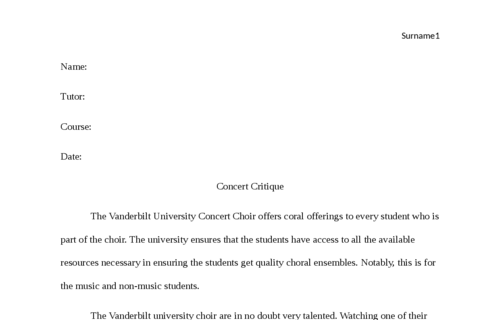