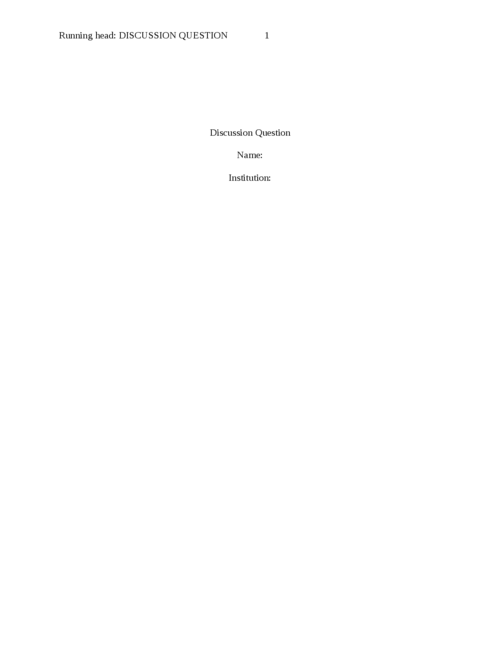 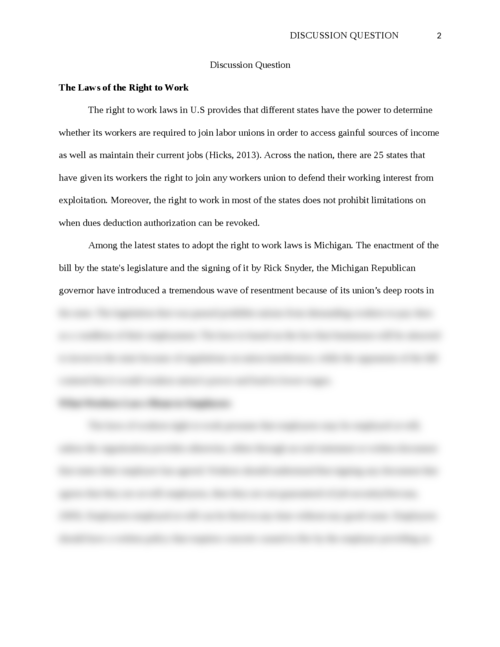 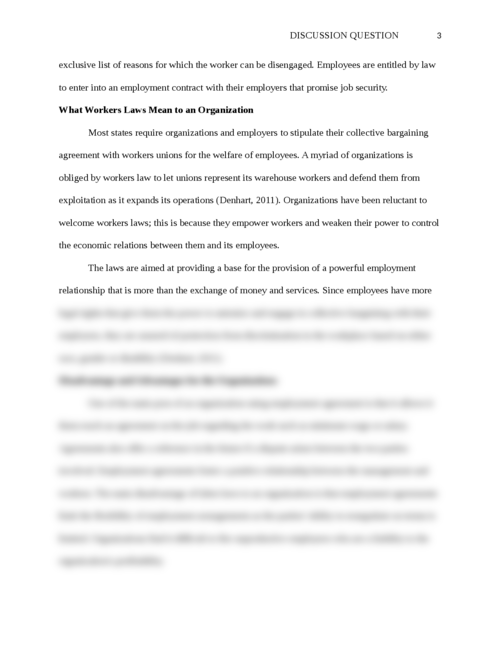 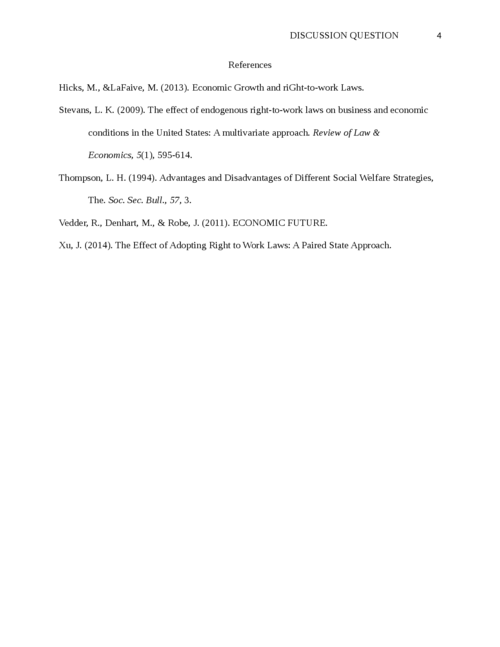 The Laws Of The Right To Work

Briefly discuss the law that allows for right-to-work states to exist and why it was implemented.

What does this mean for employees, and how does this differ from the union situation in non-right to work states?

What does this mean for management and the organization in general?

What advantages and disadvantages might there be for management and the organization?

The Laws of the Right to Work

The right to work laws in U.S provides that different states have the power to determine whether its workers are required to join labor unions in order to access gainful sources of income as well as maintain their current jobs (Hicks, 2013). Across the nation, there are 25 states that have given its workers the right to join any workers union to defend their working interest from exploitation. Moreover, the right to work in most of the states does not prohibit limitations on when dues deduction authorization can be revoked.

Among the latest states to adopt the right to work laws is Michigan. The enactment of the bill by the state's legislature and the signing of it by Rick Snyder, the Michigan Republican governor have introduced a tremendous wave of resentment because of its union’s deep roots in the state. The legislation that was passed prohibits unions from demanding workers to pay dues as a condition of their employment. The laws is based on the fact that businesses will be attracted to invest in the state because of regulations on union interference, while the opponents of the bill contend that it would weaken union’s power and lead to lower wages.