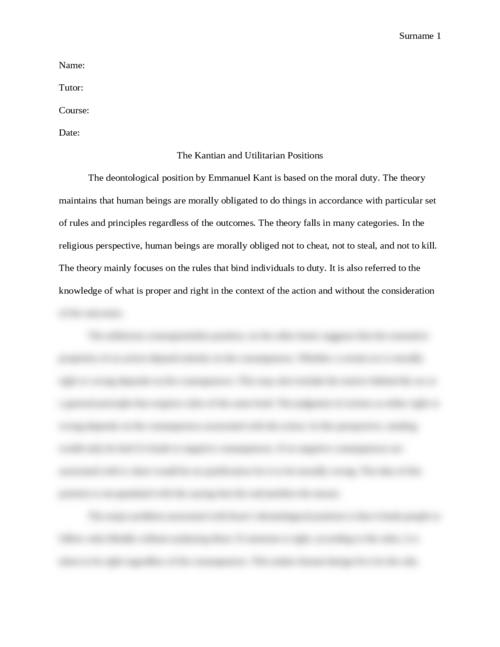 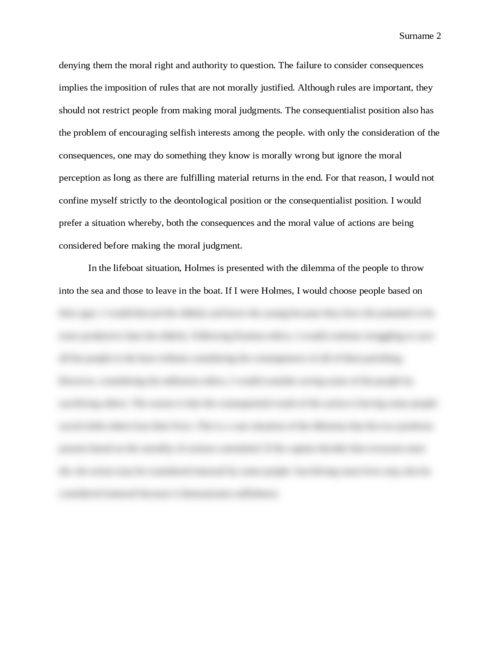 The Kantian And Utilitarian Positions

Under the command of Captain George Harris, the ship departed from Liverpool on March 18, 1841 for Philadelphia with 17 seamen and 65 passengers, mostly poor Scottish and Irish emigrants. At about 10 p.m. on the night of April 19, the William Brown struck an iceberg 250 miles (400 km) southeast of Cape Race, Newfoundland and sank. The captain, eight seamen, and one passenger made it to the jolly boat (to be picked up six days later by a French fishing vessel), while nine crewmen and 32 passengers occupied the longboat. One person had died earlier on the voyage, so 31 passengers, many of them children, went down with the ship.[1]

Before the two boats parted ways to increase their chances of being found, Captain Harris placed the first mate, Francis Rhodes, in charge of the crowded, leaking longboat. At about 10 p.m., 24 hours after the sinking, the wind picked up, sending water over the longboat's gunwales, and it began to rain heavily. The first mate shouted, "This . . . won't do. Help me, God. Men, go to work."[1] When the crewmen did nothing, he stated, "Men, you must go to work, or we shall all perish."[1][2] Then, the seamen, among them Alexander Holmes, forced 12 men out of the boat. Two women also went into the frigid water, though they may have voluntarily followed their brother, Frank Askin. Early the next morning, two men were found to be hiding and were also jettisoned. All of the male passengers, except for two married men and a young boy, had been sacrificed,[1] while all of the crewmen remained aboard. Later that day, the survivors were picked up by the Crescent and taken to Le Havre.

When some of the passengers finally reached their destination of Philadelphia, they filed a complaint with the District Attorney. Holmes was the only crewman to be found in the city, so he was the only one charged. He was accused of murdering Frank Askin. A grand jury, Henry Baldwin, refused to indict him on that charge, so it was reduced to manslaughter. In the case of United States v. Holmes, the defendant was found guilty and sentenced to six months in jail and a $20 fine.[2] None of the other crewmen were ever brought to trial.

The Kantian and Utilitarian Positions

The deontological position by Emmanuel Kant is based on the moral duty. The theory maintains that human beings are morally obligated to do things in accordance with particular set of rules and principles regardless of the outcomes. The theory falls in many categories. In the religious perspective, human beings are morally obliged not to cheat, not to steal, and not to kill. The theory mainly focuses on the rules that bind individuals to duty. It is also referred to the knowledge of what is proper and right in the context of the action and without the consideration of the outcomes. 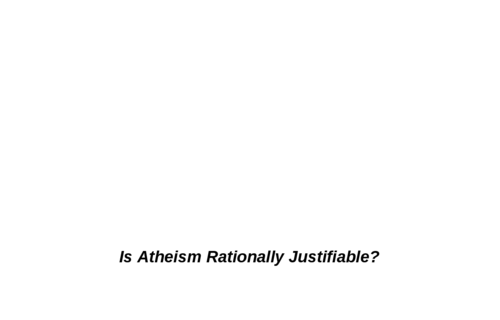