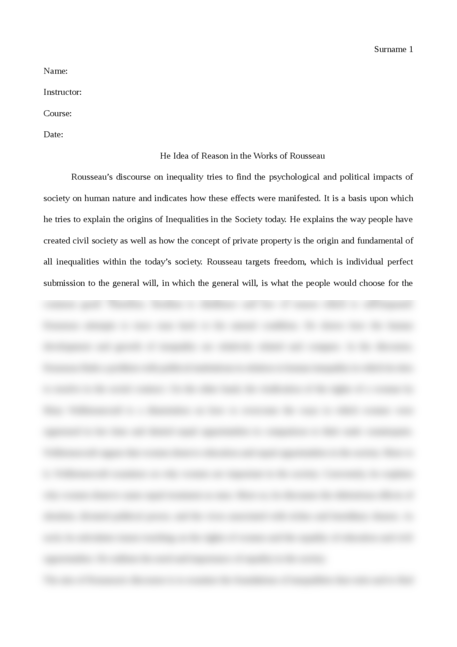 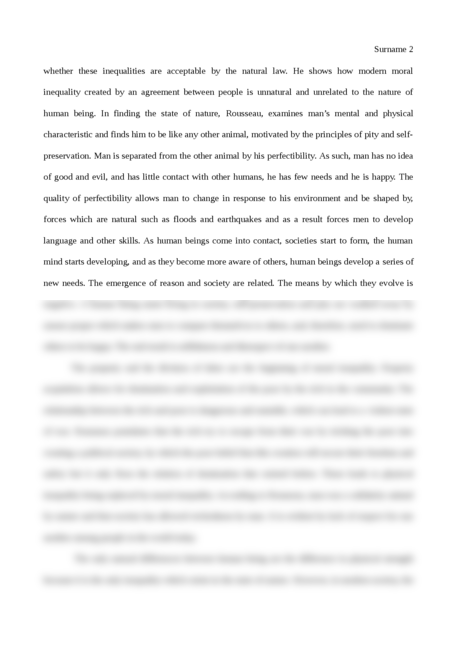 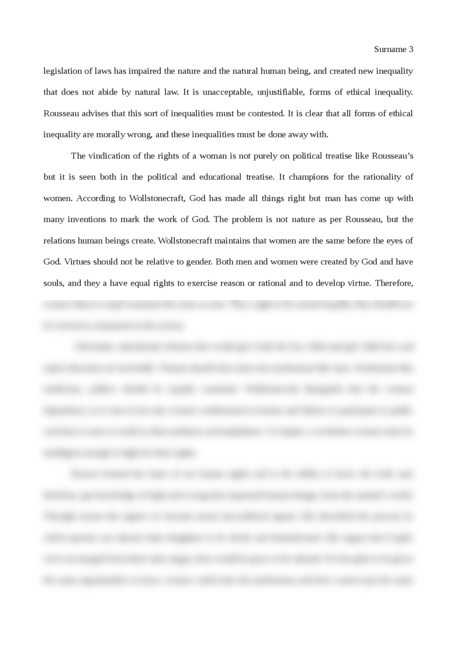 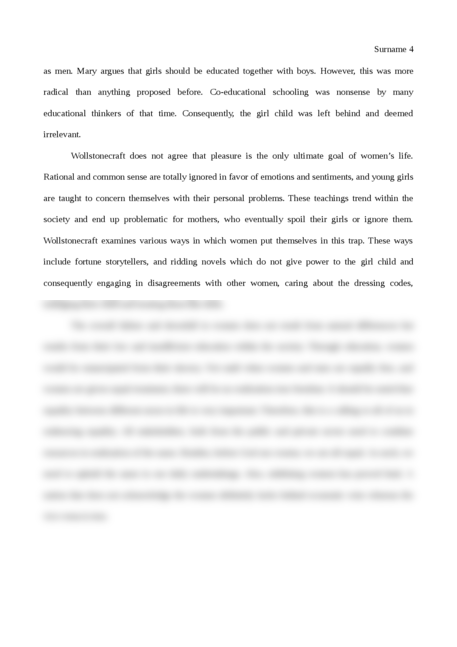 The Idea Of Reason In The Works Of Rousseau

Write an essay(with a thesis)that compares and contrasts the idea of reason in the works of ROUSSEAU, Discourse on Inequality, and WOLLSTONECRAFT, A Vindication of the Rights of Women .

Some questions you should consider:

No personal opinion, the paper only shows you have a close reading!! DO NOT USE OUTSIDE SOURCES!

Title: The Idea Of Reason In The Works Of Rousseau
Length: 5 pages (1389 Words)
Style: MLA

The Idea of Reason in the Works of Rousseau

Rousseau’s discourse on inequality tries to find the psychological and political impacts of society on human nature and indicates how these effects were manifested. It is a basis upon which he tries to explain the origins of Inequalities in the Society today. He explains the way people have created civil society as well as how the concept of private property is the origin and fundamental of all inequalities within the today’s society. Rousseau targets freedom, which is individual perfect submission to the general will, in which the general will, is what the people would choose for the common good. Therefore, freedom is obedience and law of reason which is self-imposed.  Rousseau attempts to trace man back to his natural condition. He shows how the human development and growth of inequality are relatively related and compare. In his discourse, Rousseau finds a problem with political institutions in relation to human inequality in which he tries to resolve in the social contract. On the other hand, the vindication of the rights of a woman by Mary Wollstonecraft is a dissertation on how to overcome the ways in which women were oppressed in her time and denied equal opportunities in comparison to their male counterparts. Wollstonecraft argues that women deserve education and equal opportunities in the society. More to it, Wollstonecraft examines on why women are important in the society.