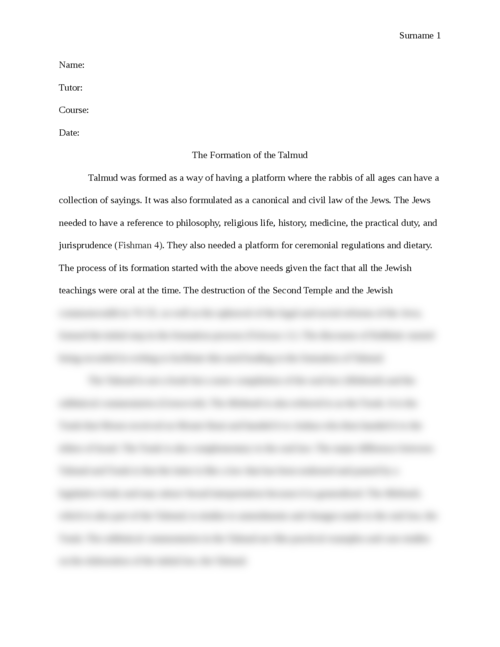 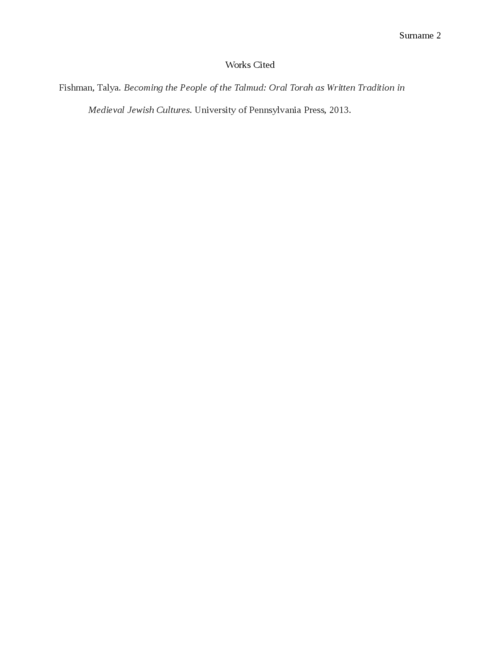 The Formation Of The Talmud

Discuss the process that led to the formation of the Talmud. Explain the basic contents of the Talmud and their relation to the Torah.

The Formation of the Talmud

Talmud was formed as a way of having a platform where the rabbis of all ages can have a collection of sayings. It was also formulated as a canonical and civil law of the Jews. The Jews needed to have a reference to philosophy, religious life, history, medicine, the practical duty, and jurisprudence (Fishman 4). They also needed a platform for ceremonial regulations and dietary. The process of its formation started with the above needs given the fact that all the Jewish teachings were oral at the time. The destruction of the Second Temple and the Jewish commonwealth in 70 CE, as well as the upheaval of the legal and social reforms of the Jews, formed the initial step in the formation process (Fishman 12). The discourse of Rabbinic started being recorded in writing to facilitate this need leading to the formation of Talmud.