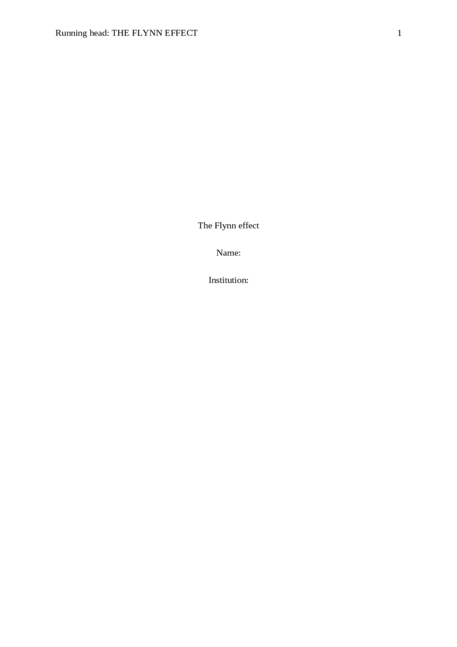 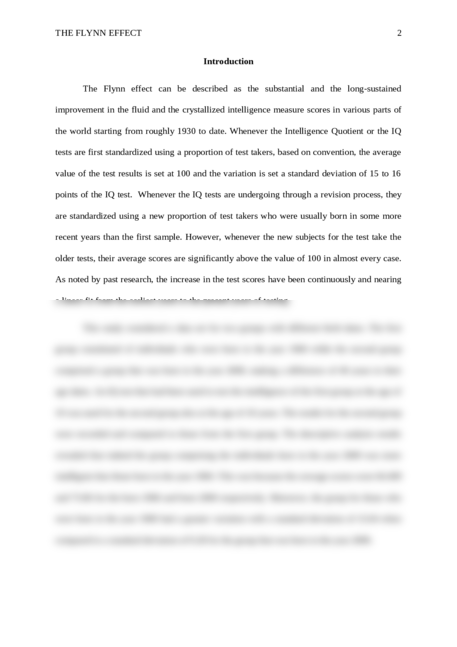 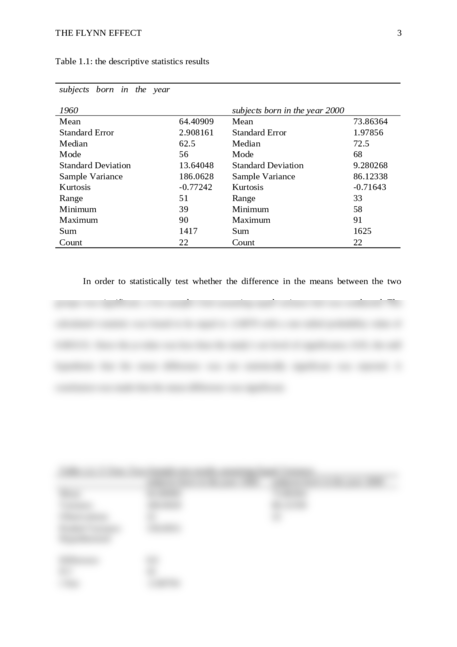 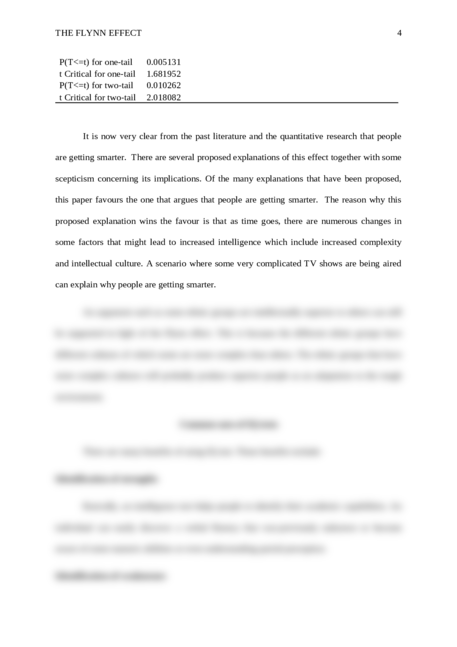 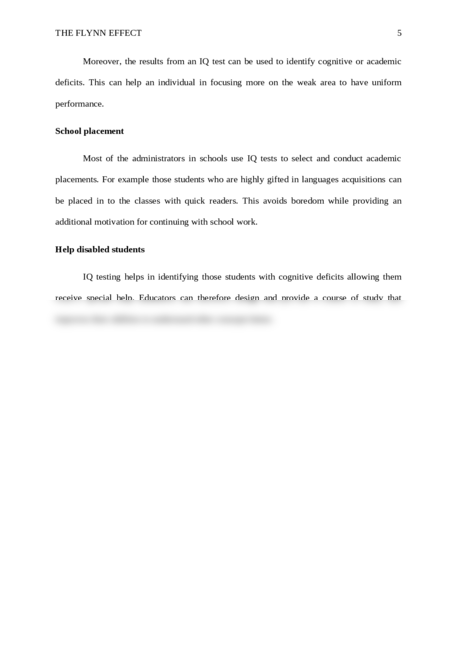 Write an essay that explores some of the  statistical data that has been found in the area of study pertaining to the Flynn effect. Address the following questions.

2) The rise in performance on IQ tests contrasts sharply with a steady decline in performance over the past few decades on many tests that measure factual knowledge, such as the SAT. Think of several possible ways to explain these contrasting results, and form an opinion as to the most likely explanation.

3) Results on IQ tests tend to differ among different ethnic groups. Some people have used this fact to argure that some ethnic groups tend to be intellectually superior to others. Can such an argument still be  supported in light of the Flynn effect? Defend your opinion.

4) Discuss some of the common uses of IQ tests. Do you think that IQ  tests should be used for these purposes? Does Flynn effect alter your  thoughts about the uses of IQ tests? Explain.

The Flynn effect can be described as the substantial and the long-sustained improvement in the fluid and the crystallized intelligence measure scores in various parts of the world starting from roughly 1930 to date. Whenever the Intelligence Quotient or the IQ tests are first standardized using a proportion of test takers, based on convention, the average value of the test results is set at 100 and the variation is set a standard deviation of 15 to 16 points of the IQ test. 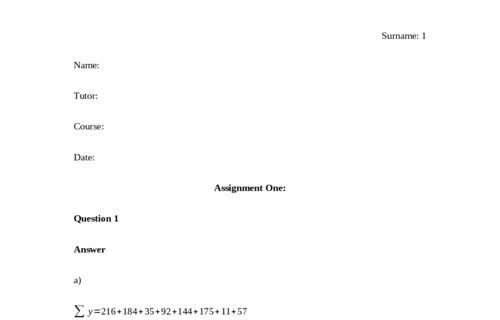