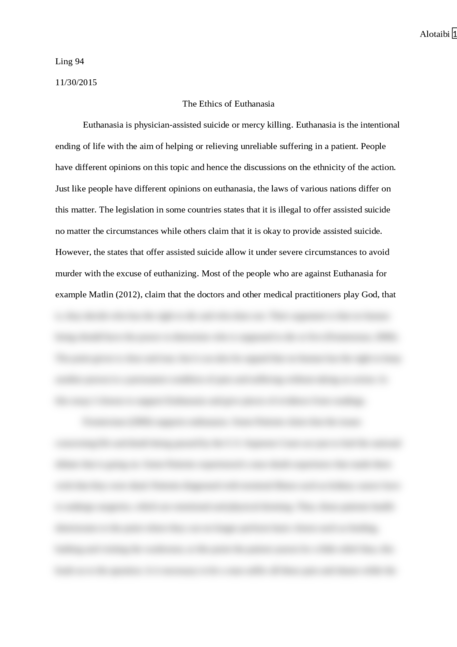 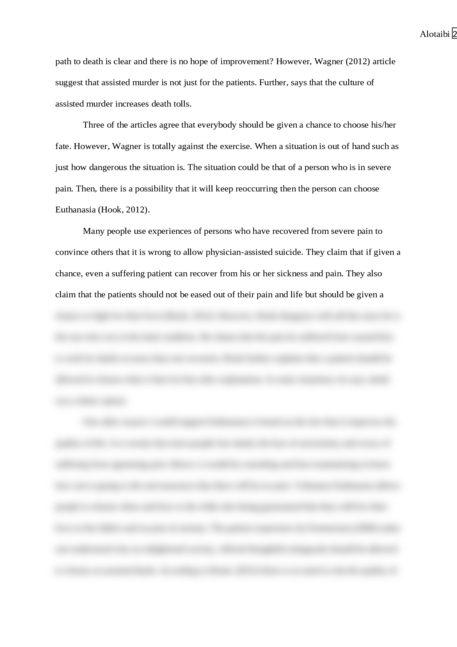 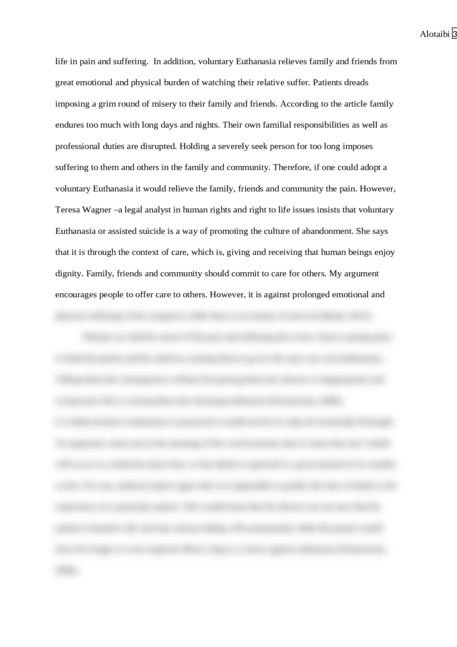 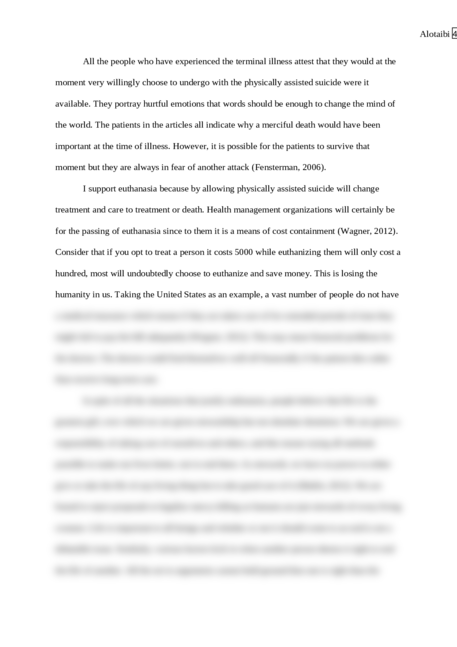 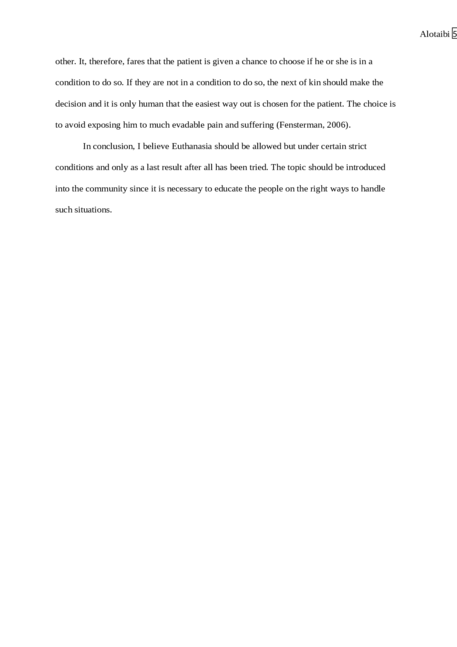 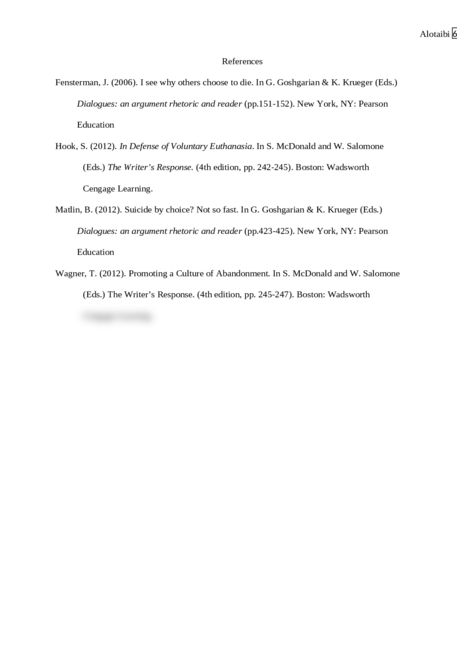 The Ethics Of Euthanasia

In the texts, Fensterman, Hook, Mattlin, and Wagner
each share their views on the issue of euthanasia and physician assisted
suicide. For this assignment, develop an argument that

2) supports your position with evidence from these texts (or from other
readings or other sources).

The Ethics of Euthanasia Euthanasia is physician-assisted suicide or mercy killing. Euthanasia is the intentional ending of life with the aim of helping or relieving unreliable suffering in a patient. People have different opinions on this topic and hence the discussions on the ethnicity of the action. Just like people have different opinions on euthanasia, the laws of various nations differ on this matter. The legislation in some countries states that it is illegal to offer assisted suicide no matter the circumstances while others claim that it is okay to provide assisted suicide. However, the states that offer assisted suicide allow it under severe circumstances to avoid murder with the excuse of euthanizing. Most of the people who are against Euthanasia for example Matlin (2012), claim that the doctors and other medical practitioners play God, that is, they decide who has the right to die and who does not. Their argument is that no human being should have the power to determine who is supposed to die or live (Fensterman, 2006). The point given is clear and true, but it can also be argued that no human has the right to keep another person in a permanent condition of pain and suffering without taking an action. In this essay I choose to support Euthanasia and give pieces of evidence from readings. 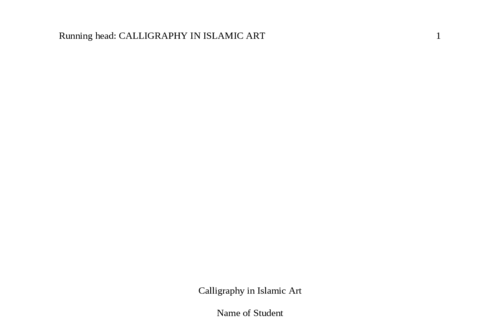 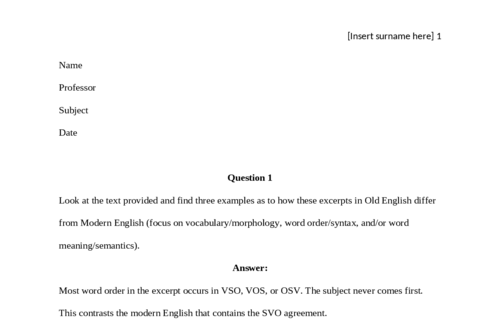 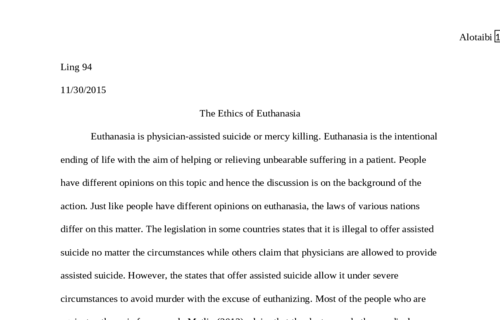 The Ethics of Euthanasia