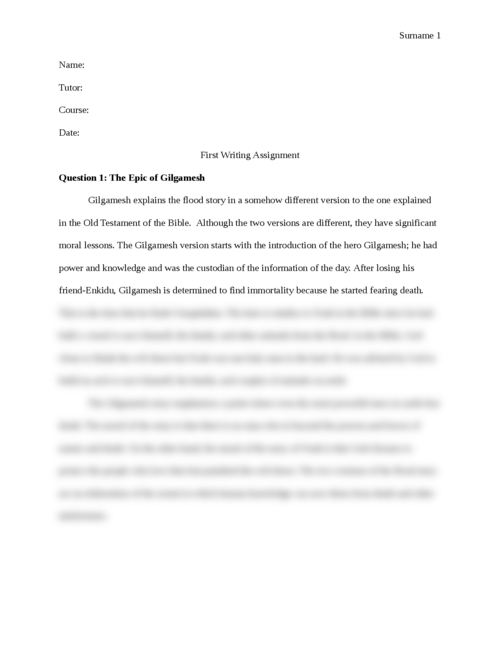 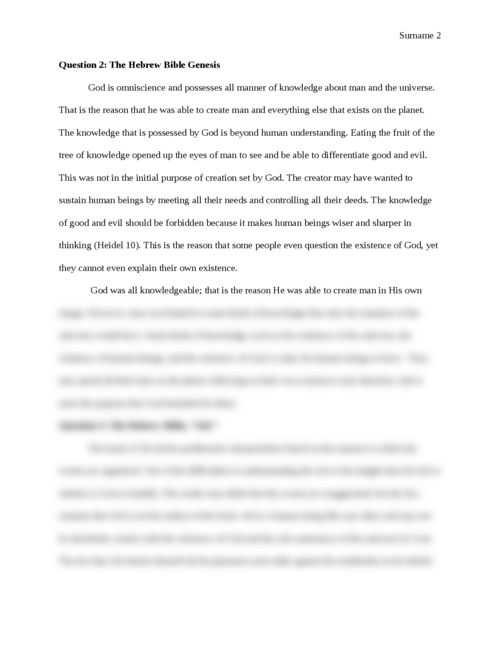 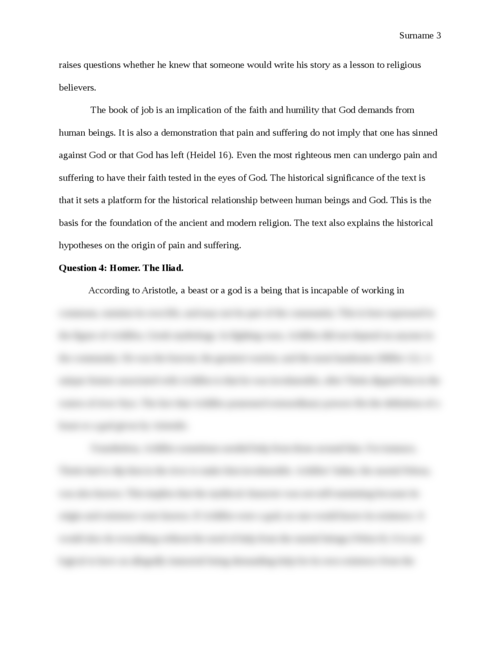 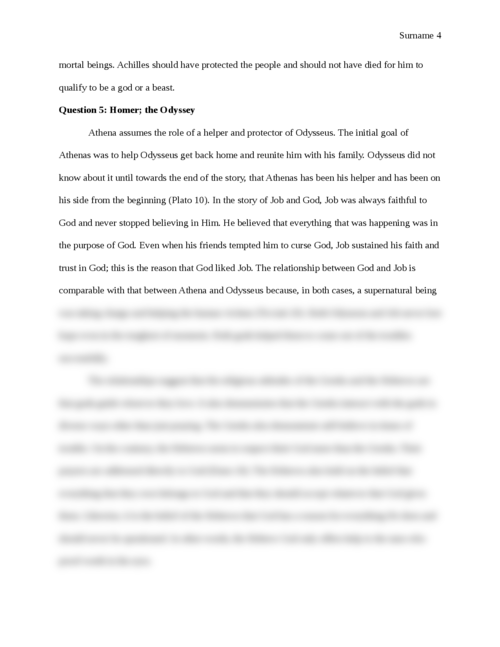 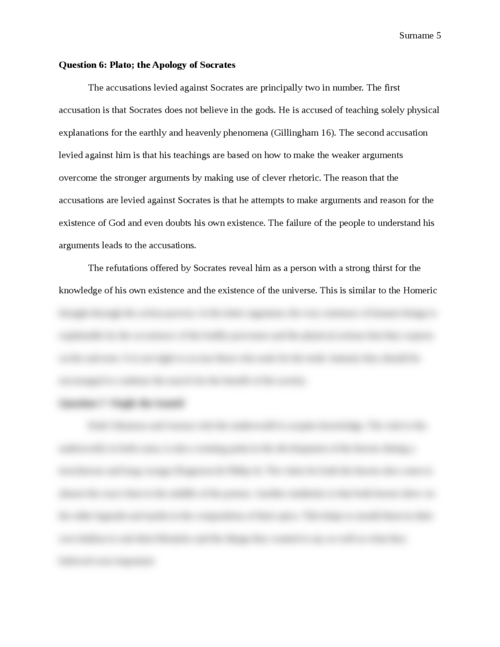 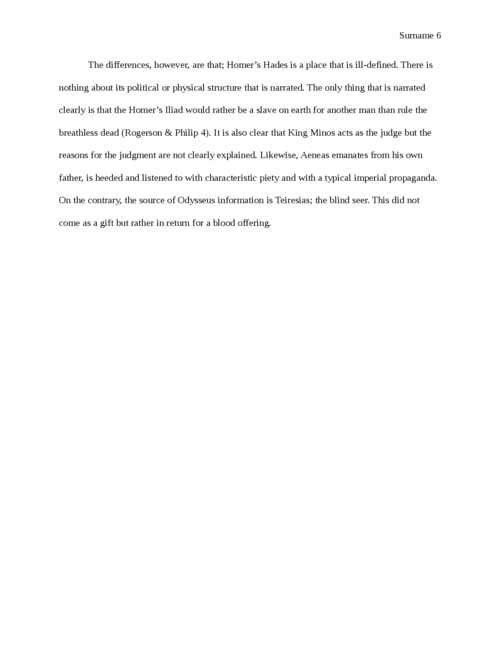 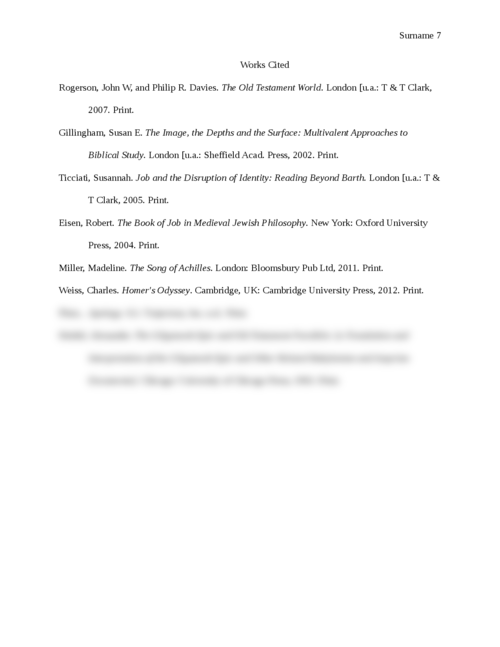 The Epic Of Gilgamesh

Question 1. The Epic of Gilgamesh.

Gilgamesh has the earliest version of the flood story that appears later in the Old Testament (Genesis 6-9). Discuss how each version has very different emphases and draws a different moral.

The Hebrew Bible, “Genesis.” Discuss the significance of the fact that God forbids eating the fruit of the tree of knowledge. Why should the knowledge of “good and evil” be forbidden? Are there kinds of knowledge that it is risky for human beings to have?

The Hebrew Bible, “Job.” Job is a problematic text for interpretation. Why do you think that is? What is your interpretation of the text? Does it have a historical value?

Homer. The Iliad. Aristotle said that the man who is incapable of working in common, or who in his selfsufficiency has not need of others, is no part of the community, like a beast or a god. Discuss the figure of Achilles in the light of this statement.

Homer. The Odyssey. Compare Odysseus and Athena’s relationship with that of Job and God. What does this suggest about the religious attitudes of the Hebrews and the Greeks?

Plato. The Apology of Socrates. According to Socrates, what accusations have been levied against him, and why? What does his refutations reveal about his fundamental intellectual beliefs and methods? (Compare them to Homeric’s thought through action processes).

Virgil. The Aeneid. Compare the reasons that Aeneas (Book VI) visits the Underworld and what he experiences there with Odysseus, Gilgamesh’s visit to Utnapishtim (and if you can, but that’s optional, Dante’s in The Divine Comedy).

Question 1: The Epic of Gilgamesh

Gilgamesh explains the flood story in a somehow different version to the one explained in the Old Testament of the Bible.  Although the two versions are different, they have significant moral lessons. The Gilgamesh version starts with the introduction of the hero Gilgamesh; he had power and knowledge and was the custodian of the information of the day. After losing his friend-Enkidu, Gilgamesh is determined to find immortality because he started fearing death. This is the time that he finds Utnapishtim. The later is similar to Noah in the Bible since he had built a vessel to save himself, his family, and other animals from the flood. In the Bible, God chose to finish the evil doers but Noah was one holy man in the land. He was advised by God to build an arch to save himself, his family, and couples of animals on earth.

The Gilgamesh story emphasizes a point where even the most powerful men on earth fear death. The moral of the story is that there is no man who is beyond the powers and forces of nature and death.