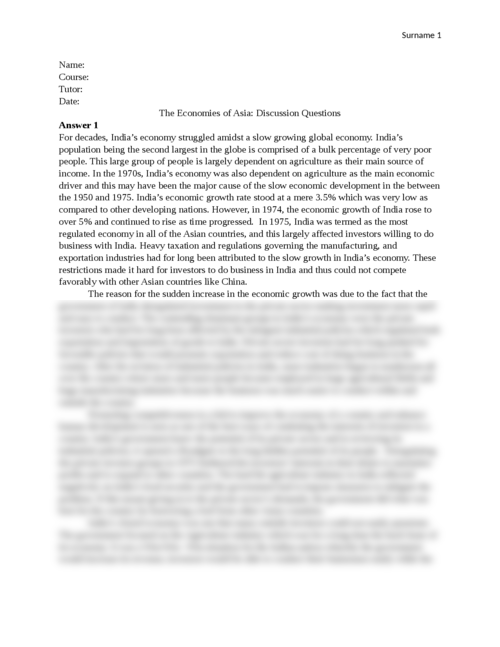 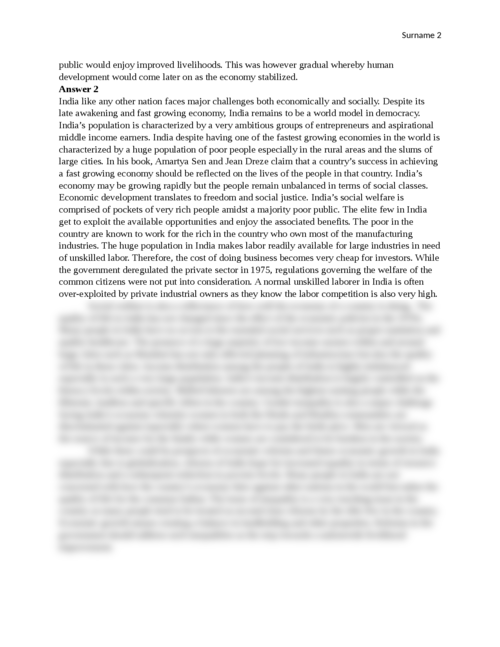 The Economies Of Asia: Discussion Questions

The Economies of Asia: Discussion Questions

For decades, India’s economy struggled amidst a slow growing global economy. India’s population being the second largest in the globe is comprised of a bulk percentage of very poor people. This large group of people is largely dependent on agriculture as their main source of income. In the 1970s, India’s economy was also dependent on agriculture as the main economic driver and this may have been the major cause of the slow economic development in the between the 1950 and 1975. India’s economic growth rate stood at a mere 3.5% which was very low as compared to other developing nations. However, in 1974, the economic growth of India rose to over 5% and continued to rise as time progressed.  In 1975, India was termed as the most regulated economy in all of the Asian countries, and this largely affected investors willing to do business with India. Heavy taxation and regulations governing the manufacturing, and exportation industries had for long been attributed to the slow growth in India’s economy. These restrictions made it hard for investors to do business in India and thus could not compete favorably with other Asian countries like China.

The reason for the sudden increase in the economic growth was due to the fact that the government of India deregulated investment in the private sector making investment more rapid and easy to conduct.