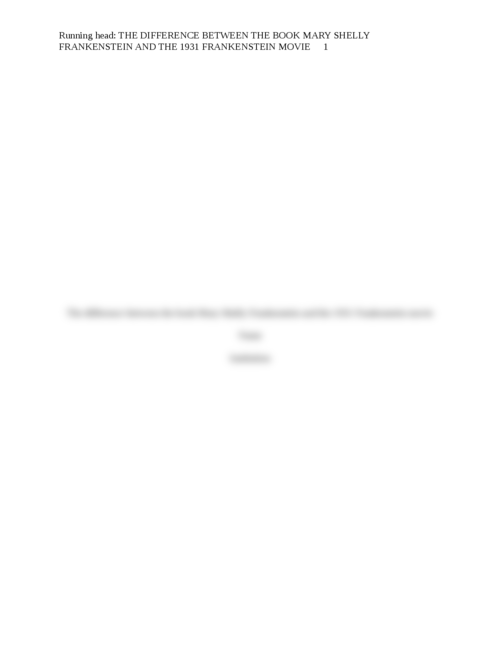 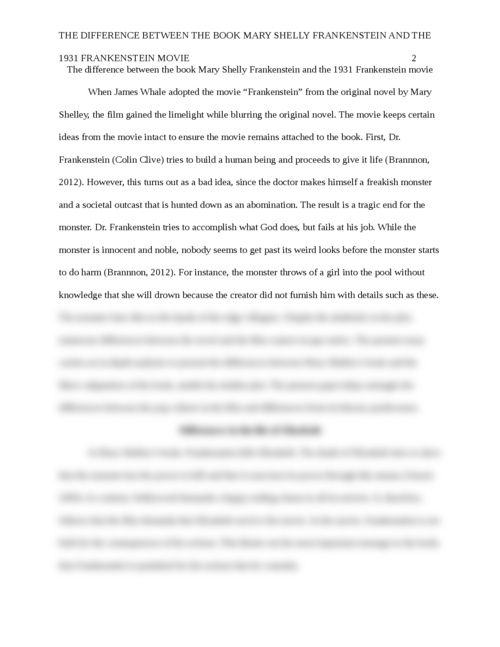 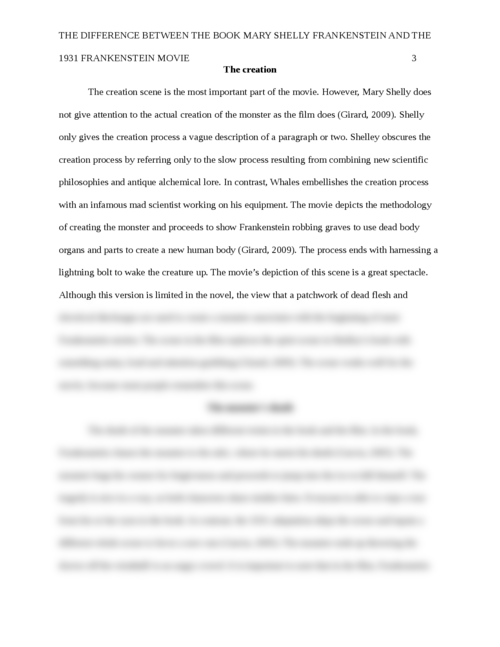 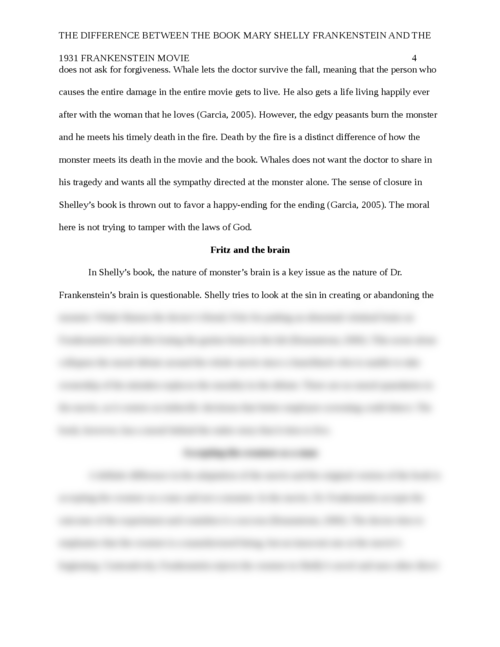 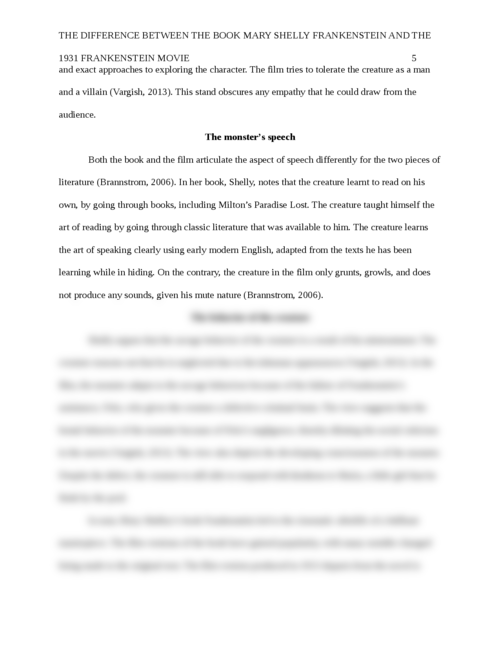 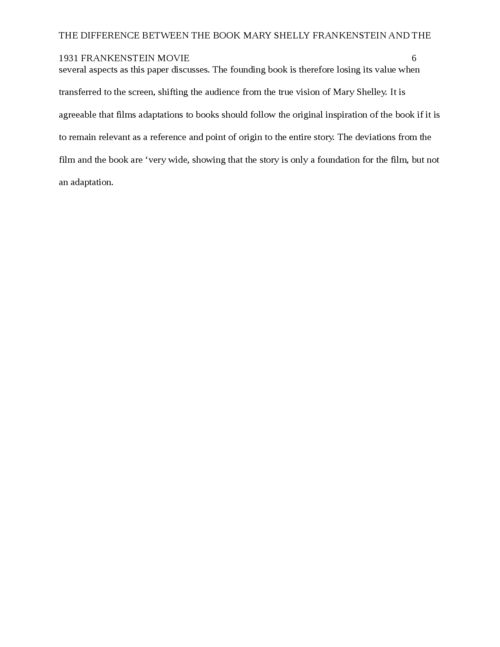 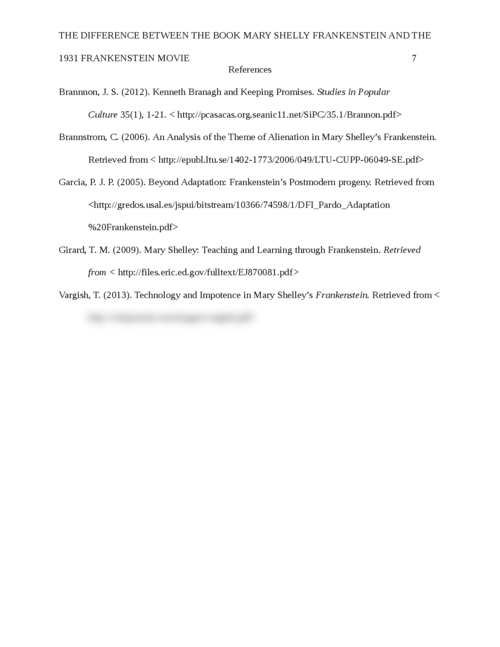 This paper would discuss the implication of the changes; what was the motivation behind changing the story so drastically? Why does contemporary society popularly believe that the monster is named Frankenstein?

When James Whale adopted the movie “Frankenstein” from the original novel by Mary Shelley, the film gained the limelight while blurring the original novel. The movie keeps certain ideas from the movie intact to ensure the movie remains attached to the book. First, Dr. Frankenstein (Colin Clive) tries to build a human being and proceeds to give it life (Brannnon, 2012). However, this turns out as a bad idea, since the doctor makes himself a freakish monster and a societal outcast that is hunted down as an abomination. The result is a tragic end for the monster. Dr. Frankenstein tries to accomplish what God does, but fails at his job. While the monster is innocent and noble, nobody seems to get past its weird looks before the monster starts to do harm (Brannnon, 2012). For instance, the monster throws of a girl into the pool without knowledge that she will drown because the creator did not furnish him with details such as these. The monster later dies in the hands of the edgy villagers. Despite the similarity in the plot, numerous differences between the novel and the film cannot escape notice. The present essay carries an in-depth analysis to present the differences between Mary Shelley’s book and the film’s adaptation of the book, amidst the similar plot. The present paper helps untangle the differences between the pop culture in the film and differences from its literary predecessor.