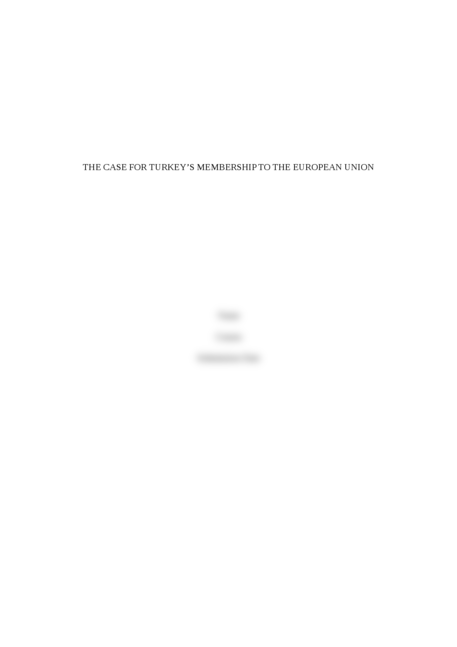 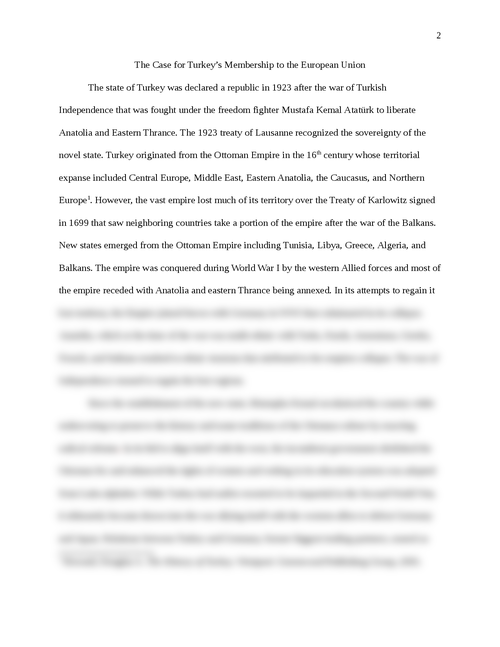 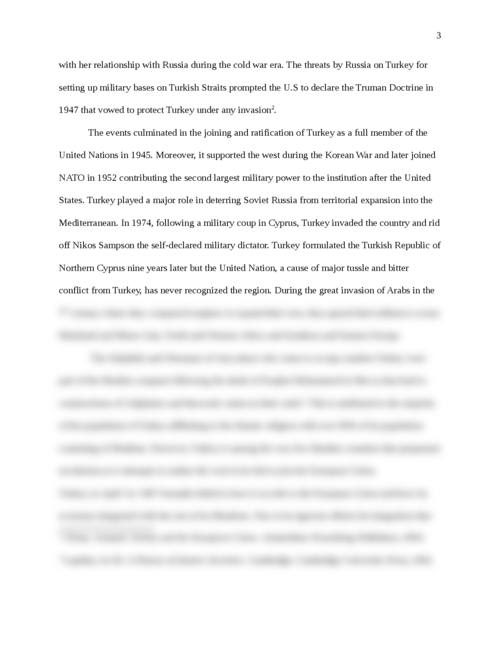 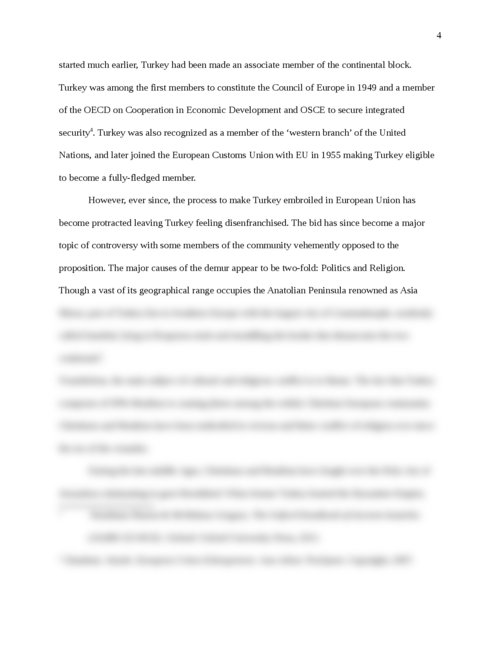 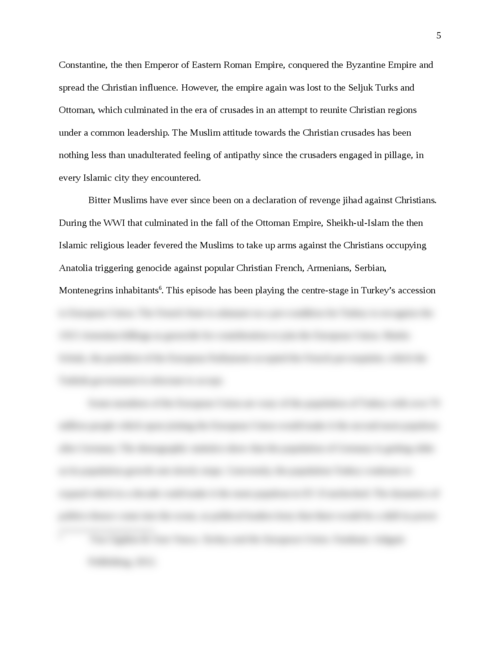 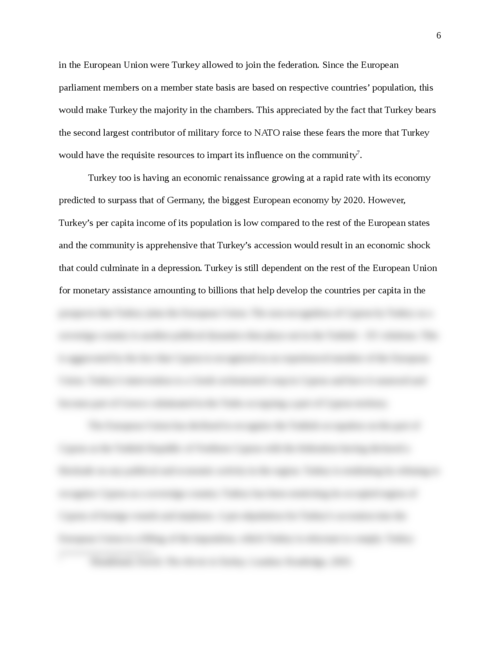 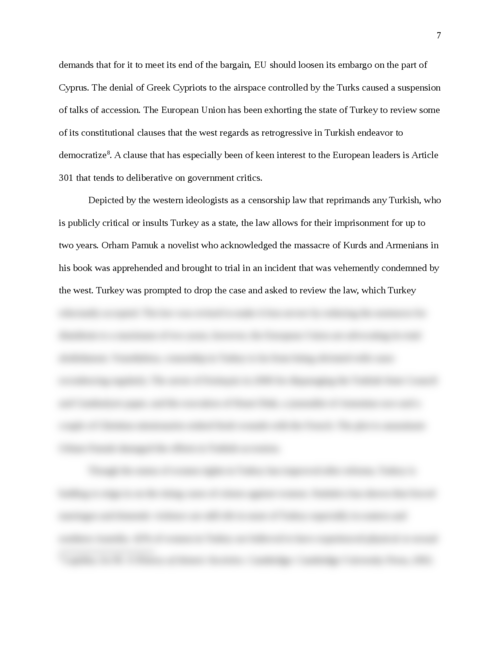 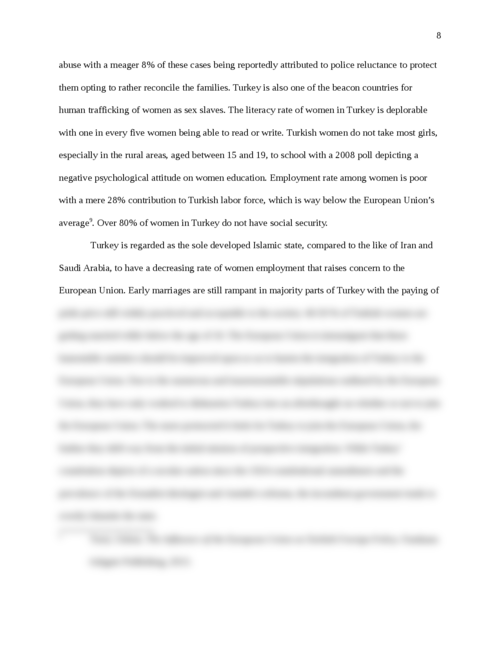 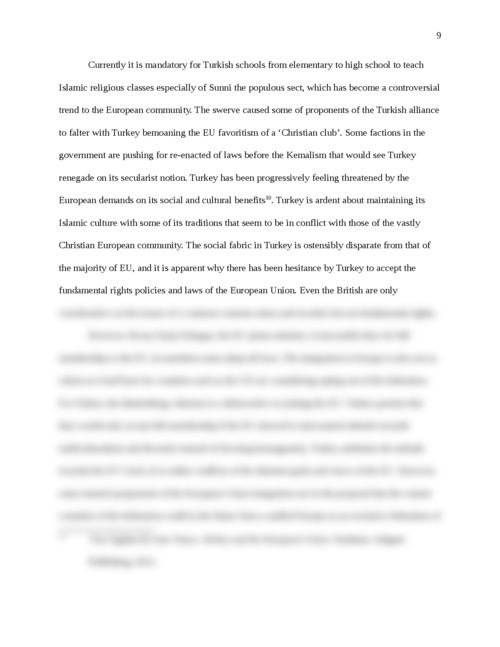 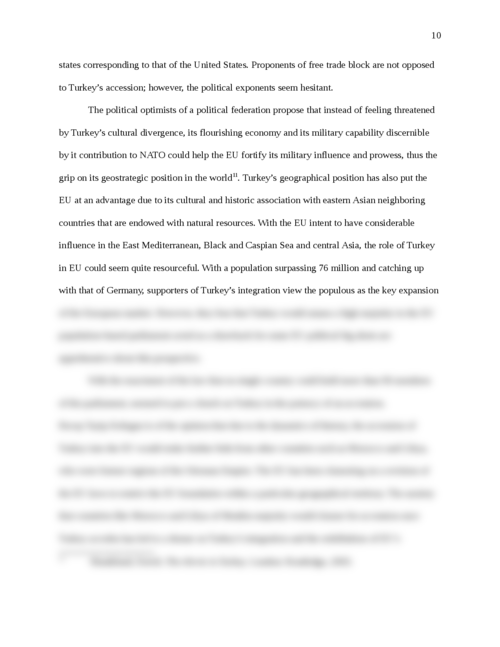 The Case For Turkey’s Membership To The European Union

The Case for Turkey’s Membership to the European Union

The state of Turkey was declared a republic in 1923 after the war of Turkish Independence that was fought under the freedom fighter Mustafa Kemal Atatürk to liberate Anatolia and Eastern Thrance. The 1923 treaty of Lausanne recognized the sovereignty of the novel state. Turkey originated from the Ottoman Empire in the 16th century whose territorial expanse included Central Europe, Middle East, Eastern Anatolia, the Caucasus, and Northern Europe. However, the vast empire lost much of its territory over the Treaty of Karlowitz signed in 1699 that saw neighboring countries take a portion of the empire after the war of the Balkans. New states emerged from the Ottoman Empire including Tunisia, Libya, Greece, Algeria, and Balkans. The empire was conquered during World War I by the western Allied forces and most of the empire receded with Anatolia and eastern Thrance being annexed. In its attempts to regain it lost territory, the Empire joined forces with Germany in WWI that culminated in its collapse. Anatolia, which at the time of the war was multi-ethnic with Turks, Kurds, Armenians, Greeks, French, and Italians resulted to ethnic tensions that attributed to the empires collapse. The war of Independence ensued to regain the lost regions.