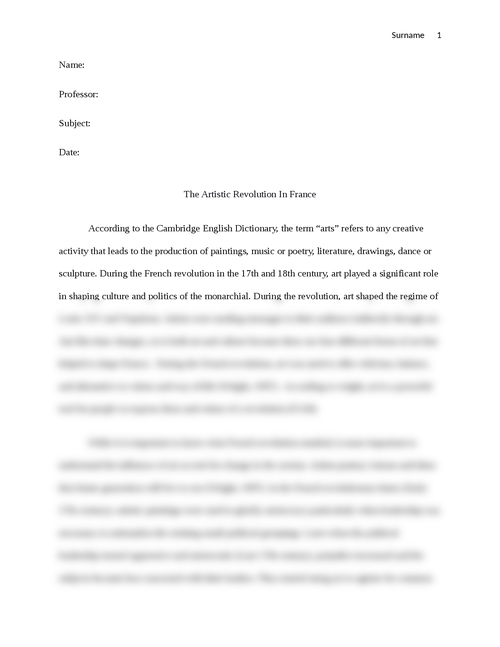 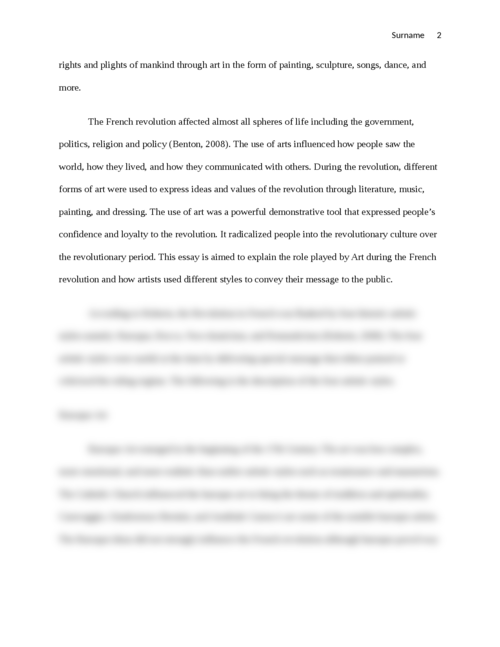 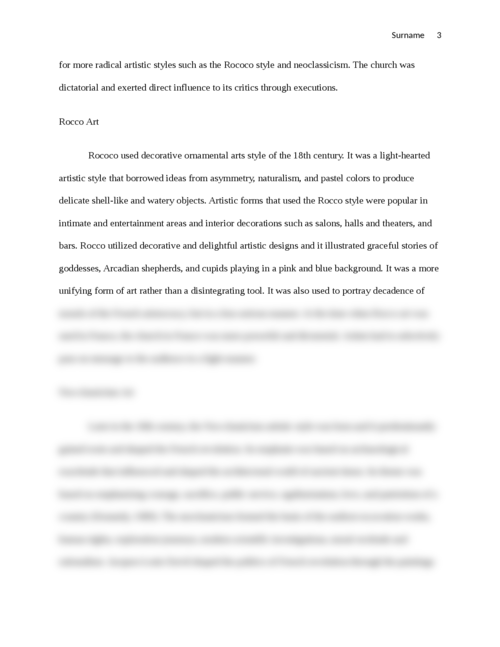 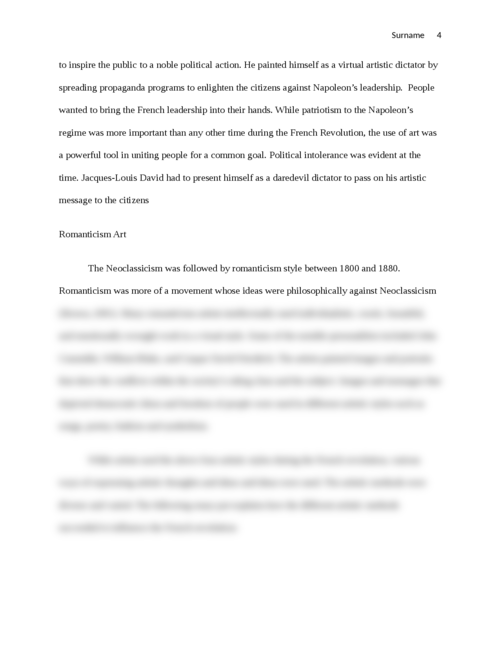 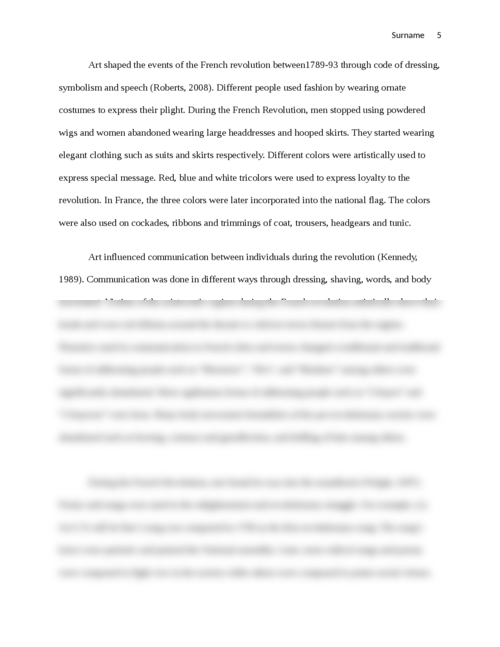 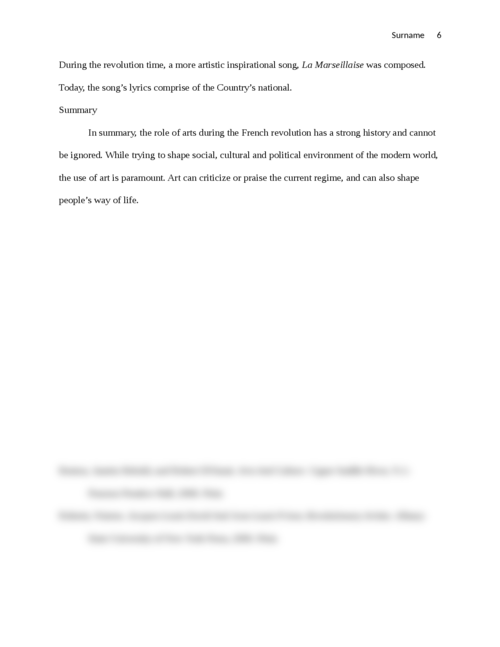 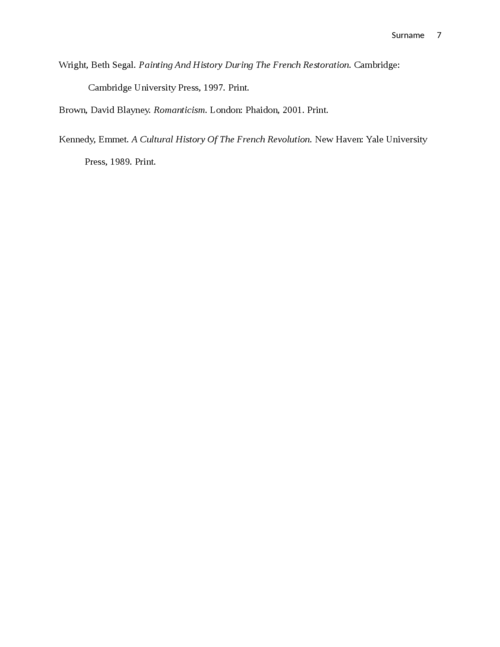 The Artistic Revolution In France

Research paper on "Art during the French Revolution" from "Jenetta Benton and Robert DiYanni, Arts and culture: An introduction to the humanities combined volume, 4th edition."

The Artistic Revolution In France

According to the Cambridge English Dictionary, the term “arts” refers to any creative activity that leads to the production of paintings, music or poetry, literature, drawings, dance or sculpture. During the French revolution in the 17th and 18th century, art played a significant role in shaping culture and politics of the monarchial. During the revolution, art shaped the regime of Louix XIV and Napoleon. Artists were sending messages to their audience indirectly through art. Just like time changes, so is both art and culture because there are four different forms of art that helped to shape France.  During the French revolution, art was used to offer criticism, balance, and alternative to values and way of life (Wright, 1997).  According to wright, art is a powerful tool for people to express ideas and values of a revolution (P.144).

While it is important to know what French revolution entailed, is more important to understand the influence of art as tool for change in the society. Artists portray visions and ideas that future generation will live to see (Wright, 1997). In the French revolutionary times (Early 17th century), artistic paintings were used to glorify aristocracy particularly when leadership was necessary to nationalize the existing small political groupings.