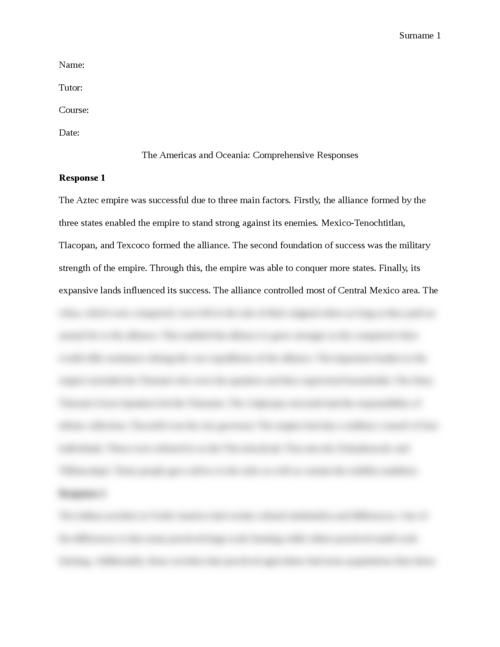 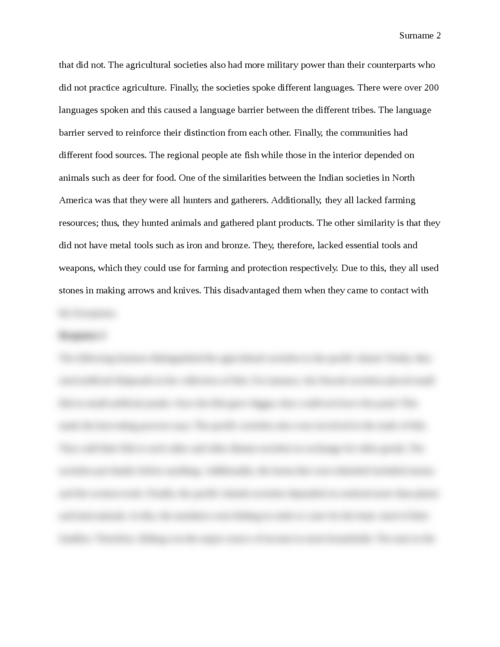 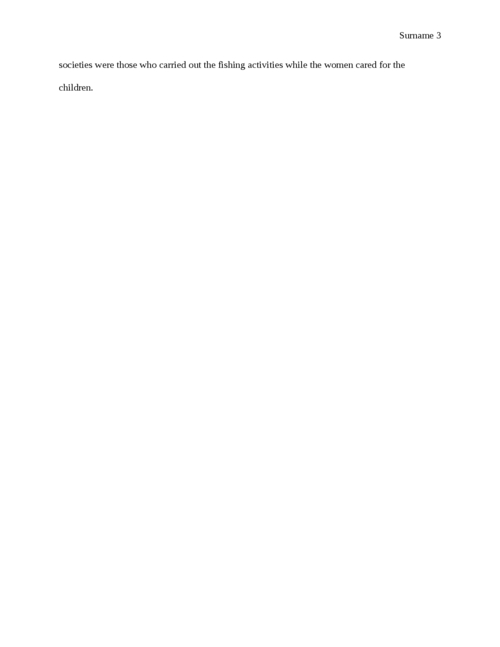 The Americas And Oceania: Comprehensive Responses

Provide comprehensive responses to each assignment below.

The Americas and Oceania: Comprehensive Responses

The Aztec empire was successful due to three main factors. Firstly, the alliance formed by the three states enabled the empire to stand strong against its enemies. Mexico-Tenochtitlan, Tlacopan, and Texcoco formed the alliance. The second foundation of success was the military strength of the empire. Through this, the empire was able to conquer more states. Finally, its expansive lands influenced its success. The alliance controlled most of Central Mexico area. The cities, which were conquered, were left in the rule of their original rulers as long as they paid an annual fee to the alliance. This enabled the alliance to grow stronger as the conquered cities would offer assistance during the war expeditions of the alliance. The important leaders in the empire included the Tlatoani who were the speakers and they supervised households. The Huey Tlatoani (Great Speaker) led the Tlatoanis. The Calpixque stewards had the responsibility of tribute collection. Tlacaelel was the city governor.