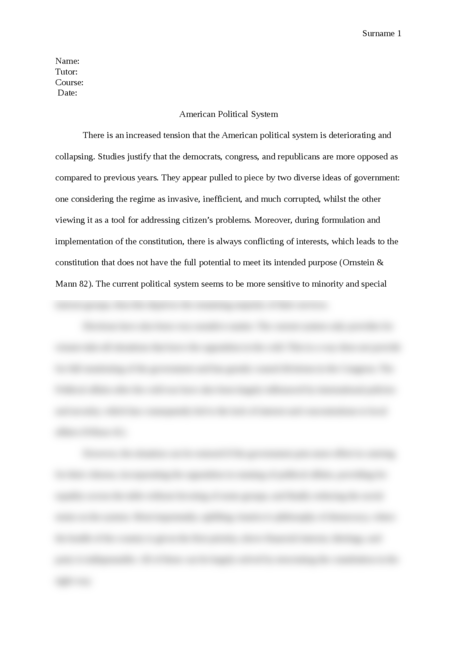 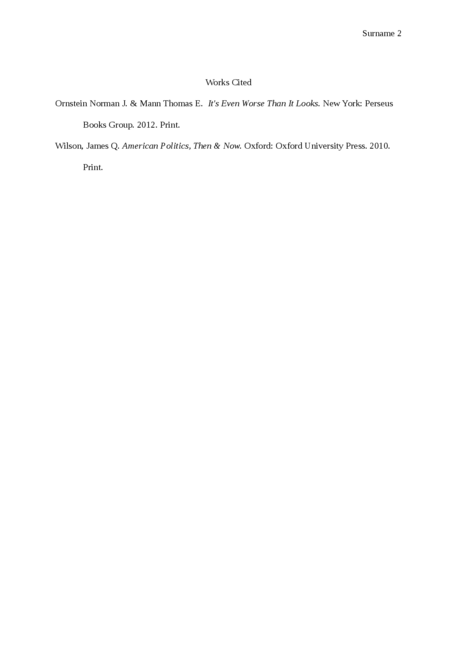 What is wrong with the way the american political system operates nowadays. What needs to be changed and how ?

There is an increased tension that the American political system is deteriorating and collapsing. Studies justify that the democrats, congress, and republicans are more opposed as compared to previous years. They appear pulled to piece by two diverse ideas of government: one considering the regime as invasive, inefficient, and much corrupted, whilst the other viewing it as a tool for addressing citizen’s problems. Moreover, during formulation and implementation of the constitution, there is always conflicting of interests, which leads to the constitution that does not have the full potential to meet its intended purpose (Ornstein & Mann 82). The current political system seems to be more sensitive to minority and special interest groups, thus this deprives the remaining majority of their services.