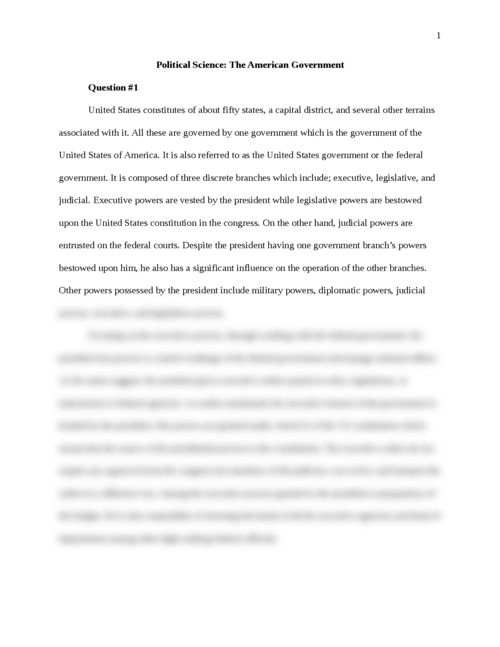 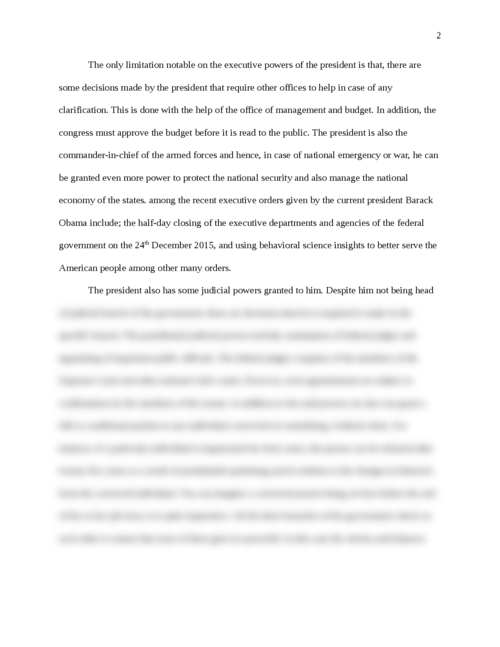 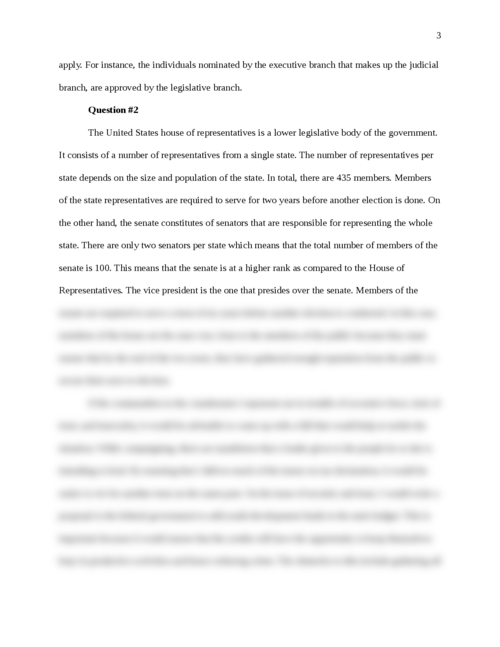 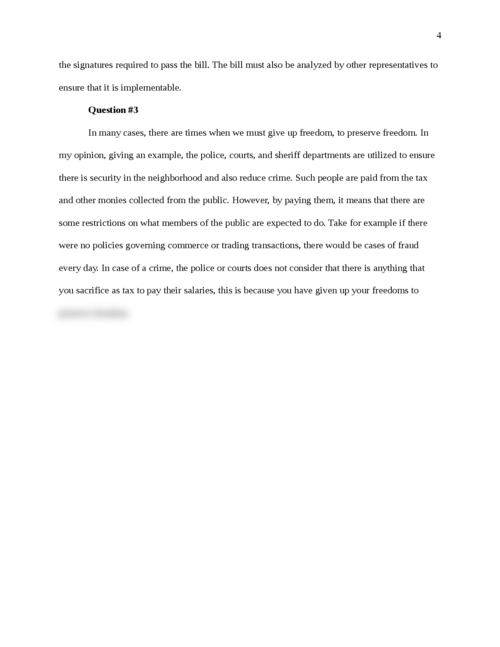 Question 1: Over the break you meet with family and one of your relatives proclaims “Obama is a socialist and uncooperative jerk who is unlawfully imposing his will on all of America!” After taking a measured breath, you decide to address your relative and educate him on two categories of Presidential powers from the list below. Evidence your mastery of that topic and describe the sources, purpose, and limitations regarding the powers. Also, please give examples of how the powers you discuss have been used, and what issues or concerns emerged from such use.

In responding to your relative consider the judicial powers of American government in providing a check and balance to the executive branch. What are the powers and limits the judicial branch has regarding the president.

Question 2: Suppose you’re a first term US Representative and you’re trying to figure out how things are accomplished on Capitol Hill. What are some of the differences between the House and Senate?  Who are the leaders and what are their roles?

Worse, your district is in trouble. There is serious discontent regarding the local law enforcement community. Recently, accusations of excessive force have emerged among your constituents and they demand that you do something about it by proposing a bill to provide a sense of security and trust in the communities you represent. What are some ideas you would include in such a bill? Why are those important? Also, what are some of the major obstacles in that process? Consider the various steps required for a bill becoming a law and explain some of the major issues that arise at particular steps.

In responding, consider the judicial powers of American government in providing checks and balance regarding the legislative branch. How would courts consider the constitutionality of your proposed bill?

Remember, this is your chance to show you learned something meaningful about American government.

Question 3: This is just your opinion. What do you thing of the idea that we must give up freedoms to preserve freedom? Write freely. I truly want to know what you think after studying political science.

In responding, limit your responses to tow pages, double spaced, twelve point font and one in margins. That’s the tricky part.