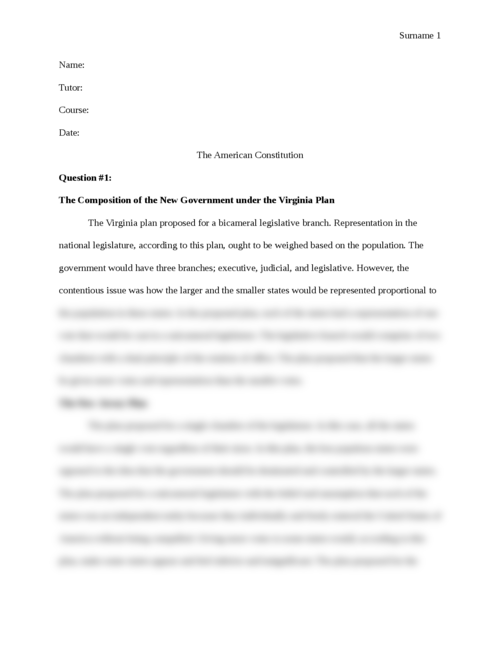 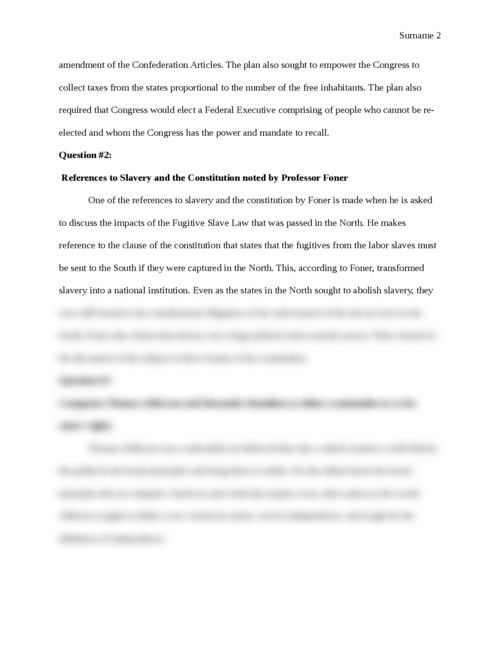 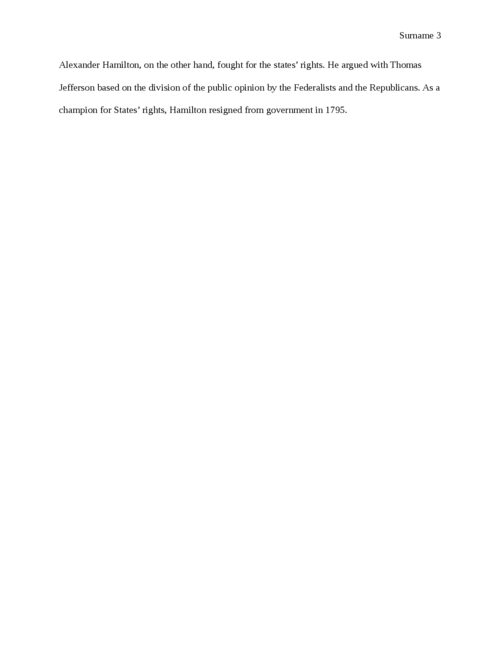 In 1787 a convention was held in Philadelphia to draft a new constitutuion. Two plans [the Virginia and the New Jersey plans] were presented. Supplement your understanding of these plans by referring to the Foner text, pp. 257-59.

1. Briefly describe the composition of the new government under each of these plans:

a) Number of branches of government;

b) Number of houses in the Congress of each plan; and

c) Congressional houses chosen by whom

2. List two references to slavery and the Constitution noted by Professor Foner

3. Categorize Thomas Jefferson and Alexander Hamilton as either a nationalist or as for states' rights

The Composition of the New Government under the Virginia Plan

The Virginia plan proposed for a bicameral legislative branch. Representation in the national legislature, according to this plan, ought to be weighed based on the population. The government would have three branches; executive, judicial, and legislative. However, the contentious issue was how the larger and the smaller states would be represented proportional to the population in these states. In the proposed plan, each of the states had a representation of one vote that would be cast in a unicameral legislature. The legislative branch would comprise of two chambers with a dual principle of the rotation of office.