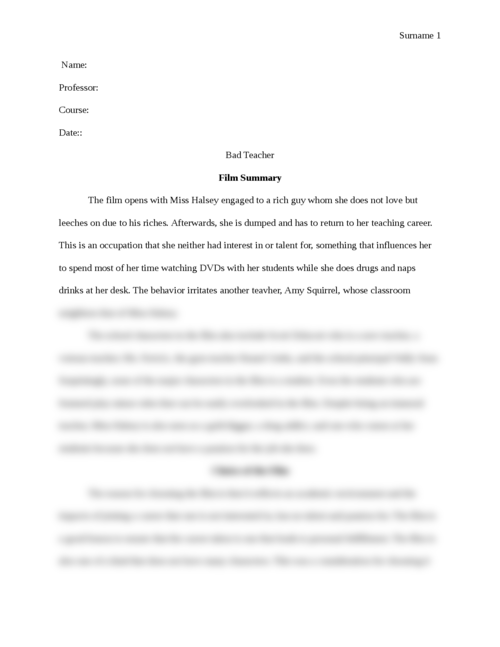 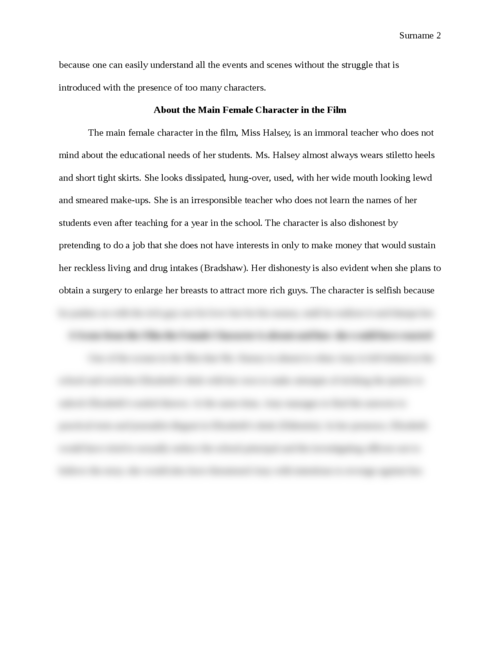 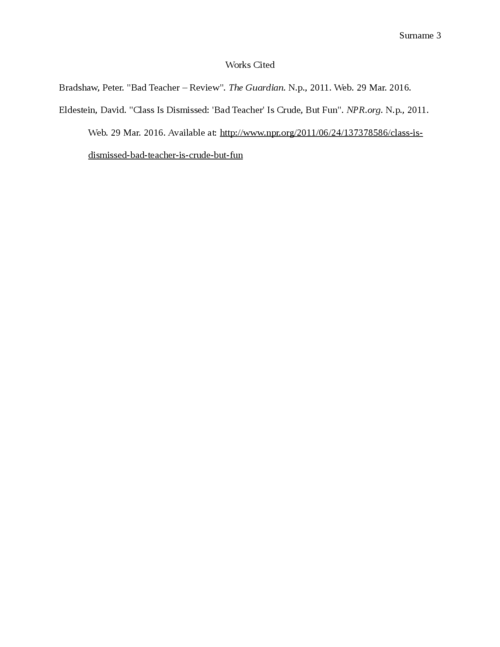 The film opens with Miss Halsey engaged to a rich guy whom she does not love but leeches on due to his riches. Afterwards, she is dumped and has to return to her teaching career. This is an occupation that she neither had interest in or talent for, something that influences her to spend most of her time watching DVDs with her students while she does drugs and naps drinks at her desk. The behavior irritates another teavher, Amy Squirrel, whose classroom neighbors that of Miss Halsey.

The school characters in the film also include Scott Delacort who is a new teacher, a veteran teacher; Ms. Pavicic, the gym teacher Russel Gettis, and the school principal Wally Snur. Surprisingly, none of the major characters in the film is a student. Even the students who are featured play minor roles that can be easily overlooked in the film. Despite being an immoral teacher, Miss Halsey is also seen as a gold digger, a drug addict, and one who curses at her students because she does not have a passion for the job she does.