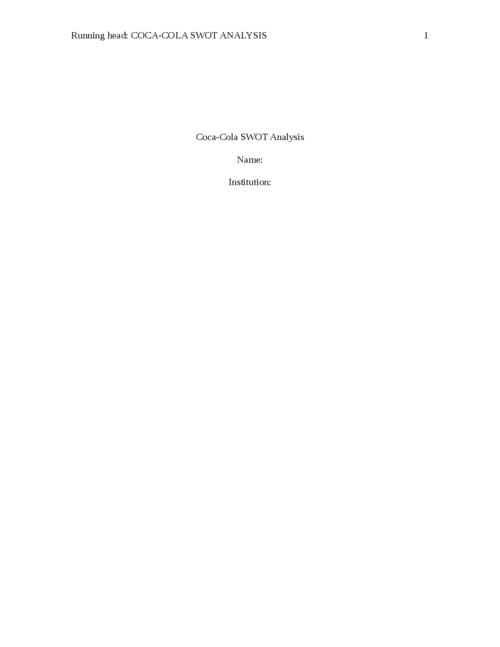 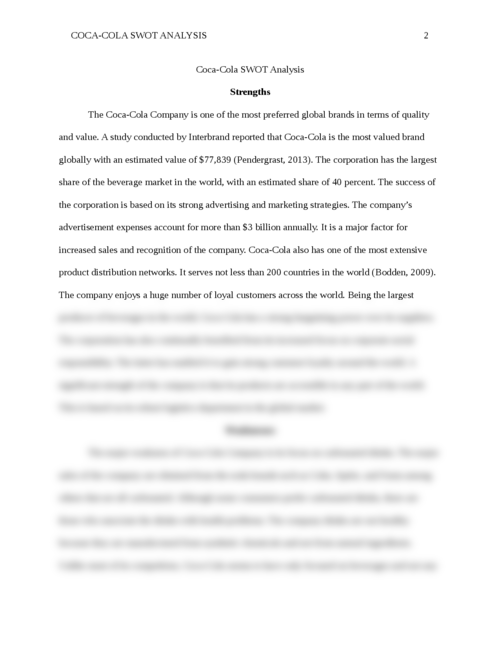 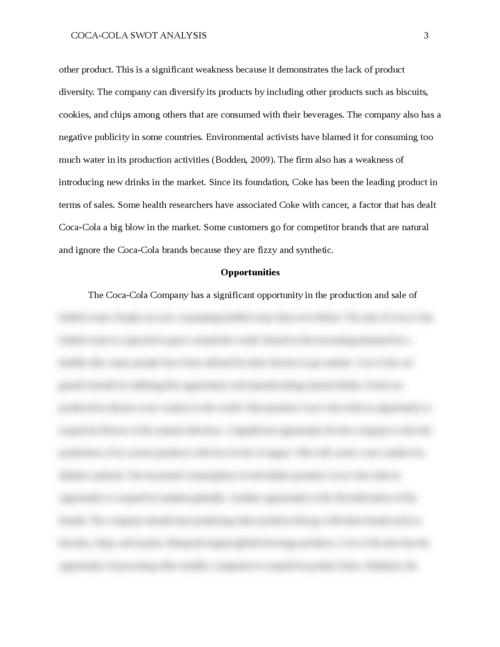 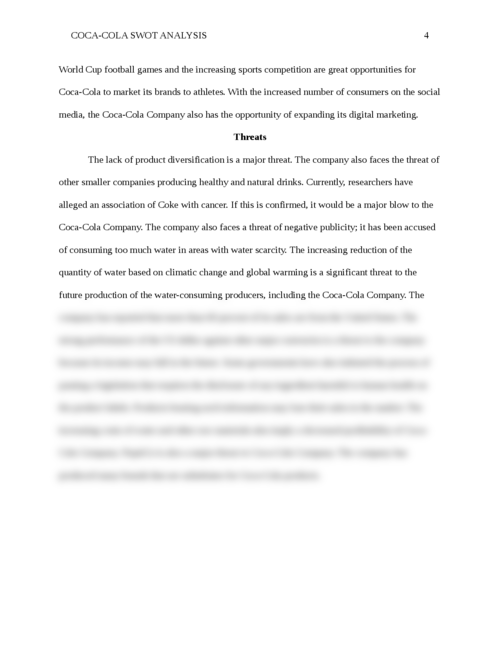 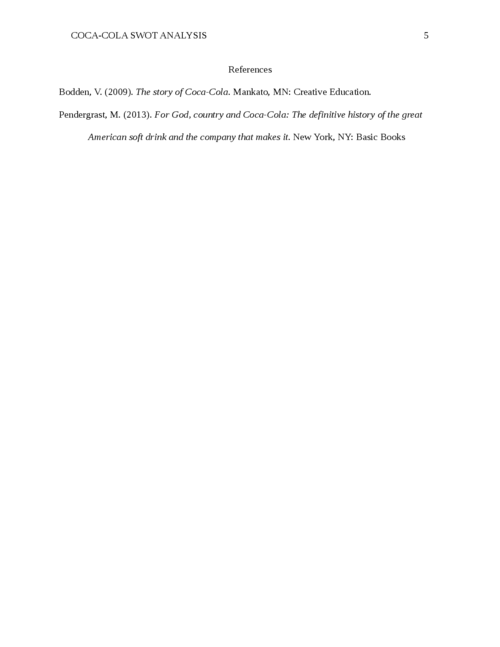 Create a SWOT analysis for the company you chose to research and identify the company’s strengths, weaknesses, opportunities, and threats

The Coca-Cola Company is one of the most preferred global brands in terms of quality and value. A study conducted by Interbrand reported that Coca-Cola is the most valued brand globally with an estimated value of $77,839 (Pendergrast, 2013). The corporation has the largest share of the beverage market in the world, with an estimated share of 40 percent. The success of the corporation is based on its strong advertising and marketing strategies. The company’s advertisement expenses account for more than $3 billion annually. It is a major factor for increased sales and recognition of the company. Coca-Cola also has one of the most extensive product distribution networks. It serves not less than 200 countries in the world (Bodden, 2009). The company enjoys a huge number of loyal customers across the world. Being the largest producer of beverages in the world, Coca-Cola has a strong bargaining power over its suppliers. The corporation has also continually benefited from its increased focus on corporate social responsibility. The latter has enabled it to gain strong customer loyalty around the world. A significant strength of the company is that its products are accessible in any part of the world. This is based on its robust logistics department in the global market.