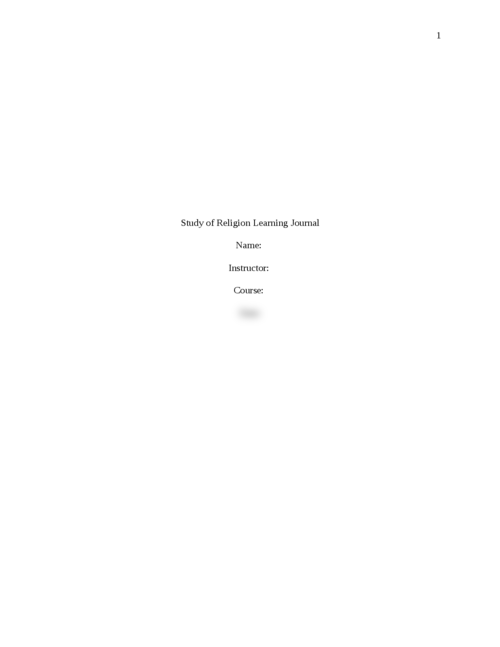 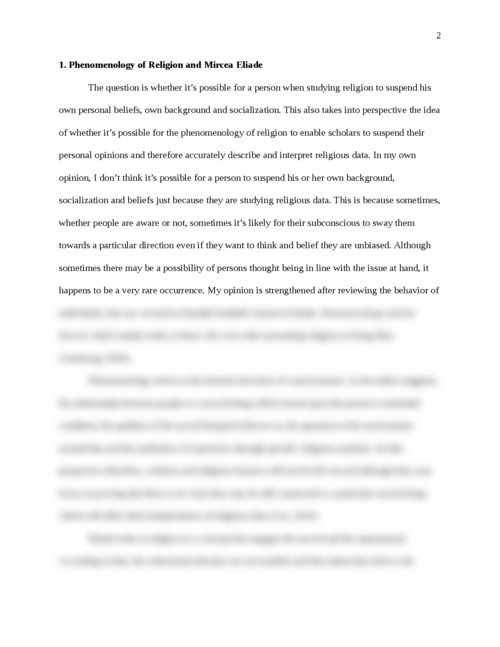 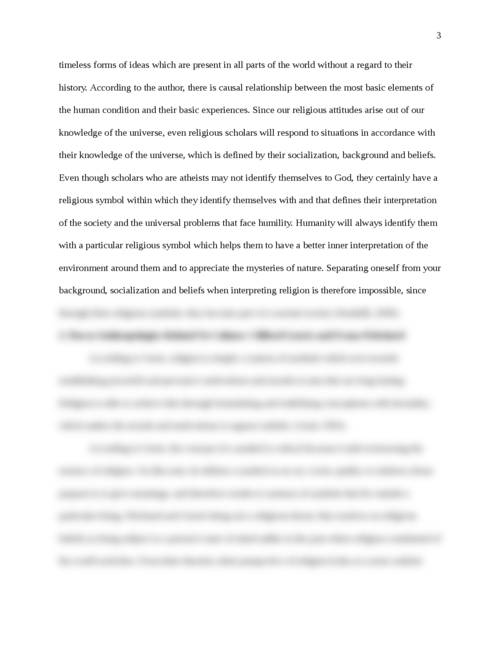 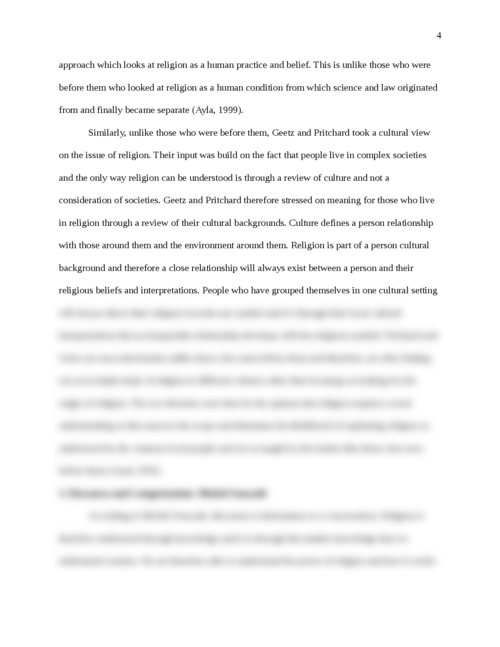 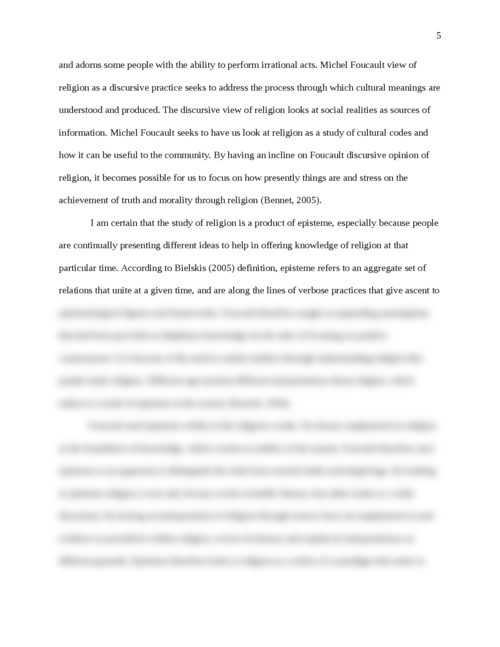 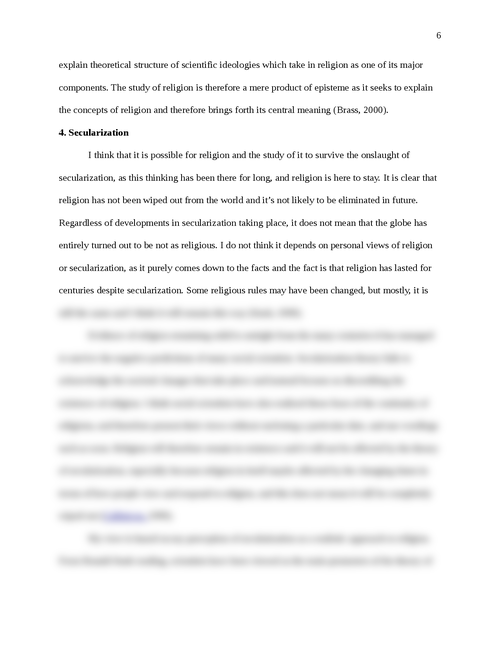 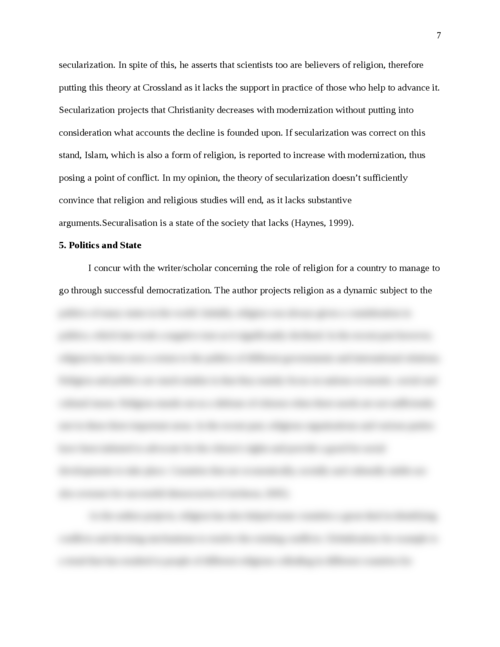 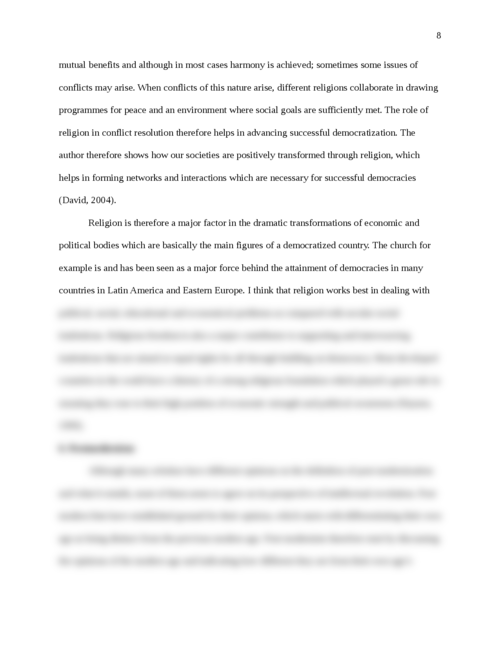 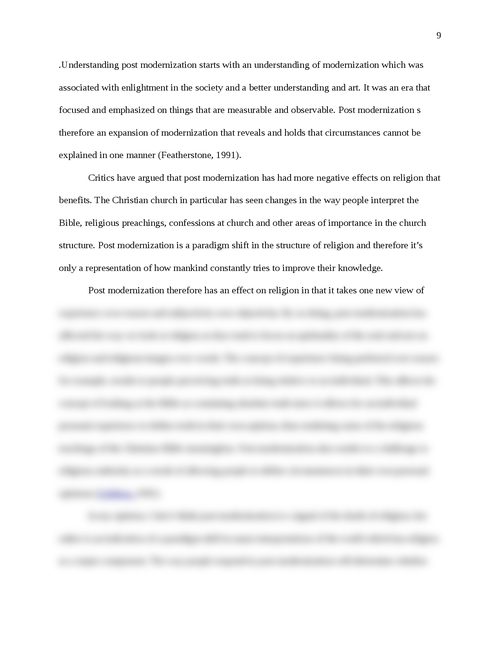 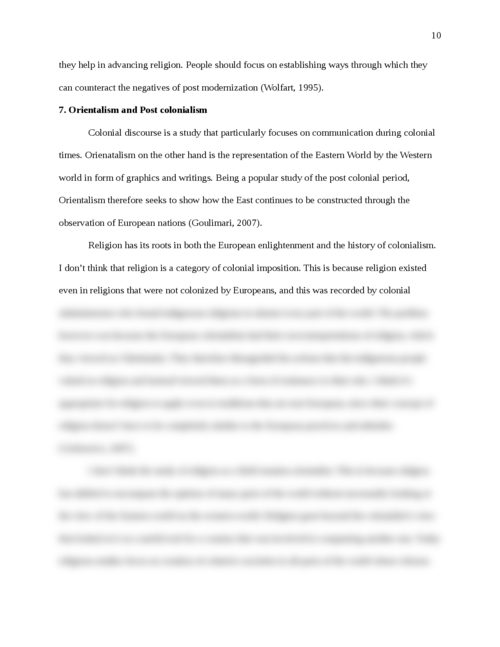 1. Phenomenology of Religion and Mircea Eliade

Do you think it is possible when studying religion to suspend ones own background, beliefs, socialisation, etc.? Does the phenomenology of religion enable scholars satisfactorily to suspend their own presuppositions and accurately describe and interpret religious data?

Reading: Eliade, Phenomenology, and the Sacred by Randall Studstill

What do Evans-Pritchard and Geertz each add to the debate about defining religion? In what ways do their theories challenge those who came before them?

What can we learn about the category religion if we understand all categorisation in Foucauldian terms as a form of discursive practice? Is the study of religions the product of an episteme?

According to Anderson, does a nation's religion predict whether or not it will be able to undergo successfully 'democratisation'? Do you agree with him?

What effect do you think postmodernism, as a mode of enquiry, has on the way religion is studied? Do you think that postmodernism signals the death of religion, and consequently its study?

Do you agree with McLeods view that colonial discourses are different from Orientalism (2000:39)? Is religion as a category a colonial imposition and thus inappropriate to apply to traditions that are non-European? Doess the study of religions as a field remain Orientalist?

Is multiculturalism the imposition of one culture on another, a means of allowing equal dignity and respect to all, or something else?

Gender and the Limits of Inclusion

Reading: The dangers of essentialism by Ron Geaves

In what ways might myth and ritual be connected? Is myth an action as well as a narrative? Do you think that the study of religion should regard ritual as an expression of feelings, beliefs or something else?

In the space below, consider the ways in which the theories and issues covered in the course have challenged your preconceived understandings and also shaped your academic approach to studying religion. Moving forward, what do you think are some of the biggest challenges facing the Study of Religions?

1. Phenomenology of Religion and Mircea Eliade

The question is whether it’s possible for a person when studying religion to suspend his own personal beliefs, own background and socialization. This also takes into perspective the idea of whether it’s possible for the phenomenology of religion to enable scholars to suspend their personal opinions and therefore accurately describe and interpret religious data. In my own opinion, I don’t think it’s possible for a person to suspend his or her own background, socialization and beliefs just because they are studying religious data. This is because sometimes, whether people are aware or not, sometimes it’s likely for their subconscious to sway them towards a particular direction even if they want to think and belief they are unbiased. Although sometimes there may be a possibility of persons thought being in line with the issue at hand, it happens to be a very rare occurrence. My opinion is strengthened after reviewing the behavior of individuals who are covered in Randall Studstill Journal of eliade, Phenomenology and the Sacred, which mainly looks at those who were after presenting religion as being false (Amstrong, 2004).