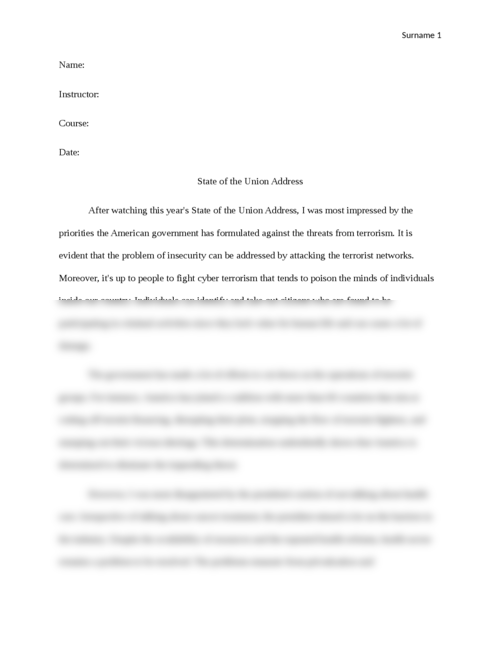 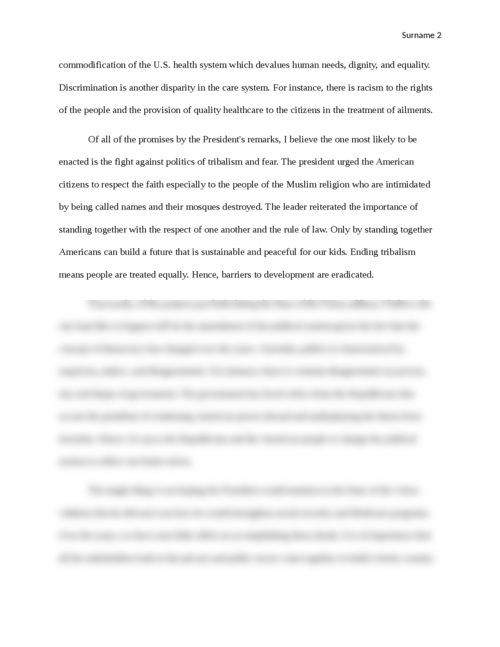 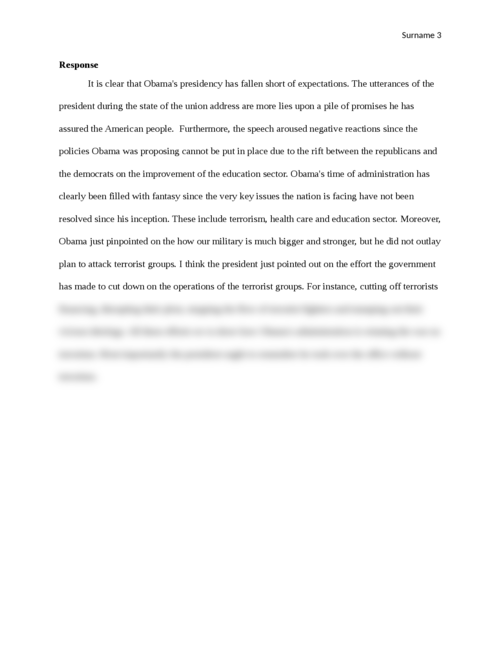 State Of The Union Address

The current year State of the Union Address will be televised on January 12, 2016. Please watch the President address the nation. If you can't watch when originally televised, it will be available on You Tube and other websites, such as this one:

Just make sure to include the date so that you view the current speech.

After watching the President's speech, compose a 500 word original submission that includes 5 paragraphs that begin with the following sentence prompts:

State of the Union Address

After watching this year's State of the Union Address, I was most impressed by the priorities the American government has formulated against the threats from terrorism. It is evident that the problem of insecurity can be addressed by attacking the terrorist networks. Moreover, it's up to people to fight cyber terrorism that tends to poison the minds of individuals inside our country. Individuals can identify and take out citizens who are found to be participating in criminal activities since they lack value for human life and can cause a lot of damage.

The government has made a lot of efforts to cut down on the operations of terrorist groups. For instance, America has joined a coalition with more than 60 countries that aim at cutting off terorist financing, disrupting their plots, stopping the flow of terrorist fighters, and stamping out their vicious ideology.