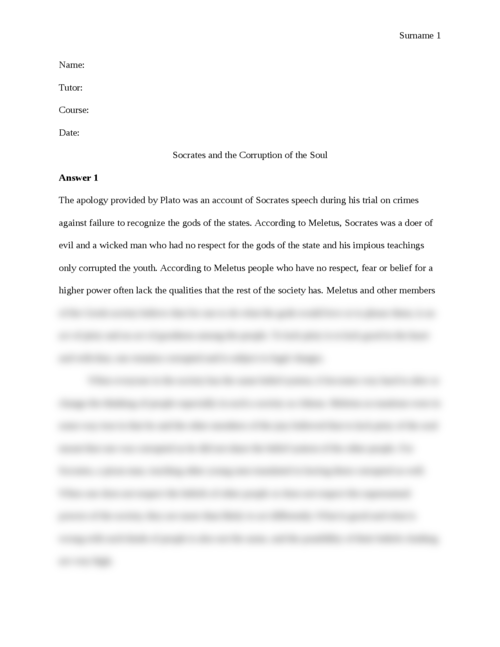 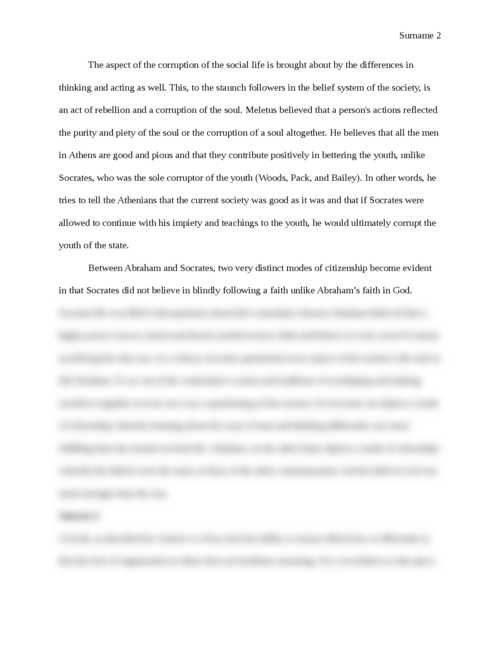 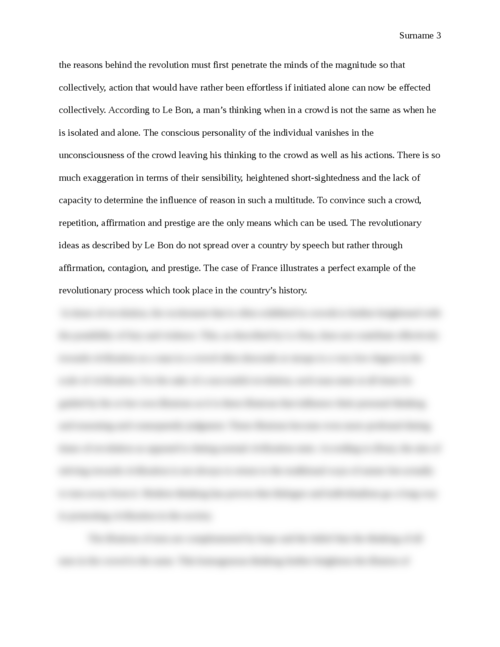 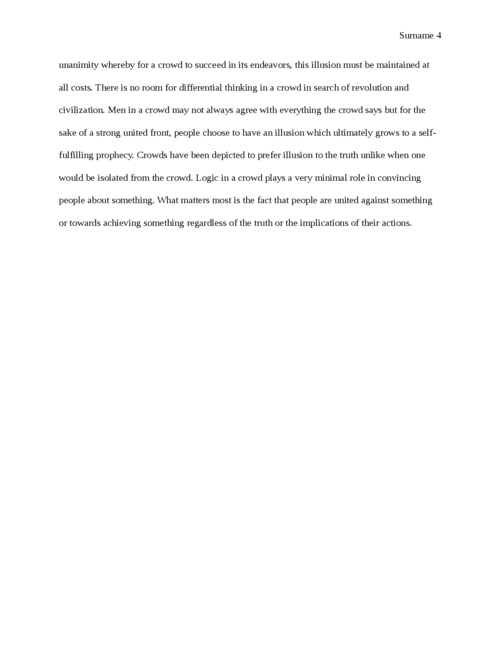 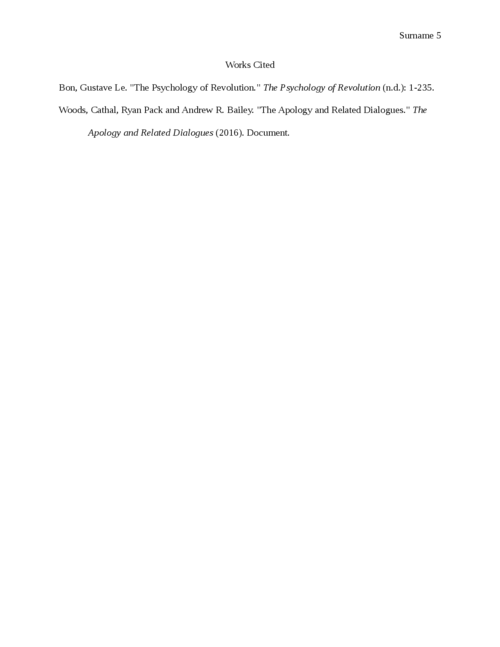 Socrates And The Corruption Of The Soul

1. The Socrates of Apology is accused of being impious and of corrupting the youth. Please explain how these two indictments are conceptually related. In other words, explain why according to Meletus, the impiety of the soul results in the corruption of the social life. Socrates and Abraham embody two distinct modes and models of citizenship. Please comment on this

2. The crowd, Le Bon contends, is slave to external excitements, exaggeration, absolutism, and is profoundly conservative. Crowds do not reason and cannot be influenced by reasoning: for the sake of civilization, city and social order crowds “must have their illusions at all cost.” How does Le Bon articulate this outlook?

Title: Socrates And The Corruption Of The Soul
Length: 3 pages (1147 Words)
Style: MLA

Socrates and the Corruption of the Soul

The apology provided by Plato was an account of Socrates speech during his trial on crimes against failure to recognize the gods of the states. According to Meletus, Socrates was a doer of evil and a wicked man who had no respect for the gods of the state and his impious teachings only corrupted the youth. According to Meletus people who have no respect, fear or belief for a higher power often lack the qualities that the rest of the society has. Meletus and other members of the Greek society believe that for one to do what the gods would love or to please them, is an act of piety and an act of goodness among the people. To lack piety is to lack good in the heart and with that, one remains corrupted and is subject to legal charges.

When everyone in the society has the same belief system, it becomes very hard to alter or change the thinking of people especially in such a society as Athens. Meletus accusations were in some way true in that he and the other members of the jury believed that to lack piety of the soul meant that one was corrupted as he did not share the belief system of the other people. For Socrates, a pious man, teaching other young men translated to having them corrupted as well. When one does not respect the beliefs of other people or does not respect the supernatural powers of the society, they are more than likely to act differently. What is good and what is wrong with such kinds of people is also not the same, and the possibility of their beliefs clashing are very high.