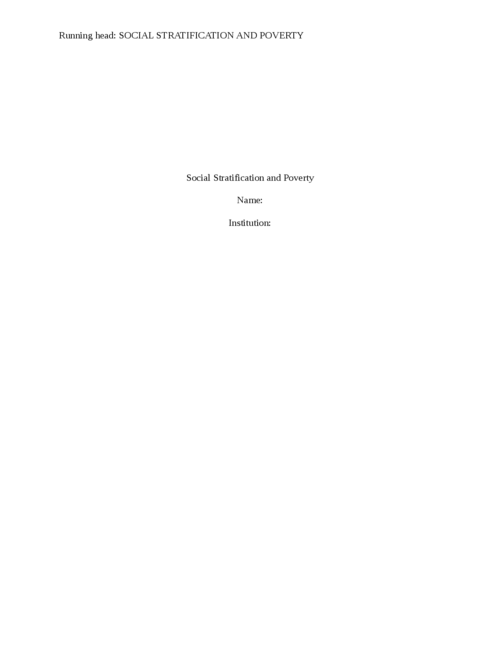 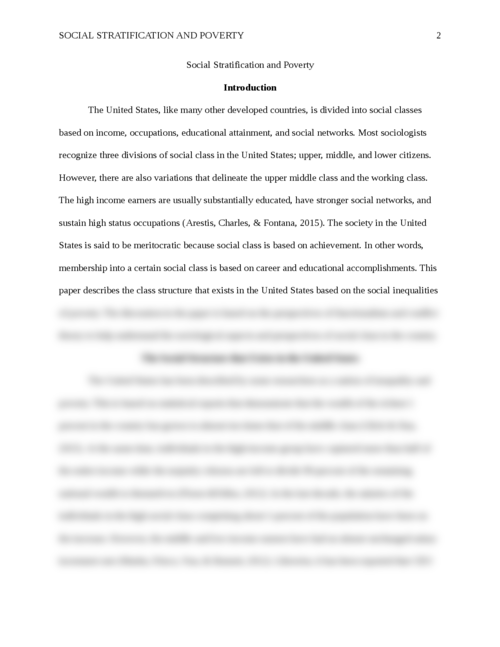 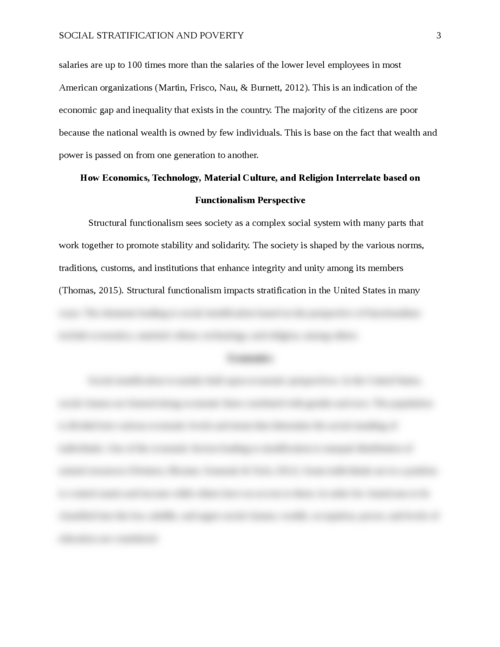 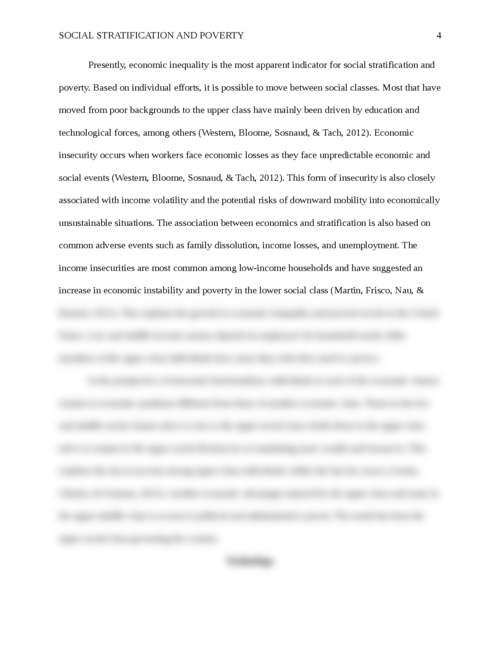 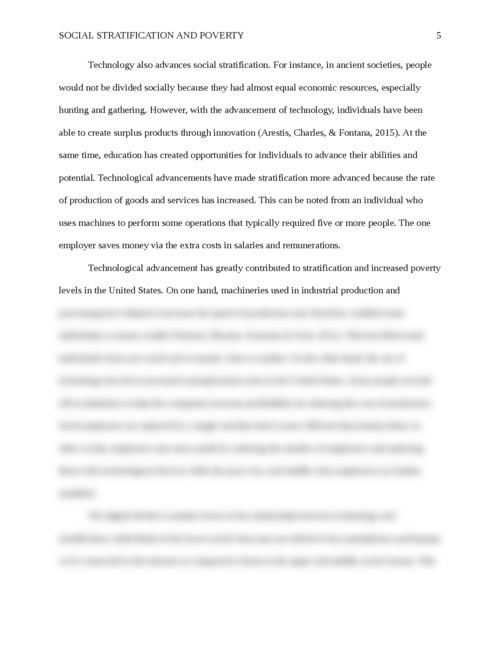 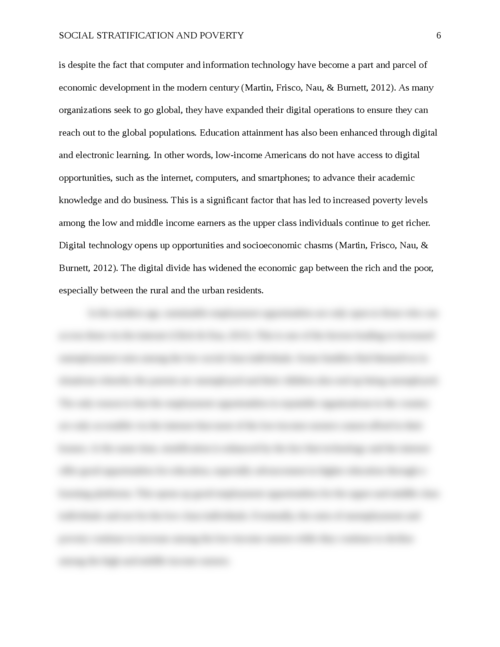 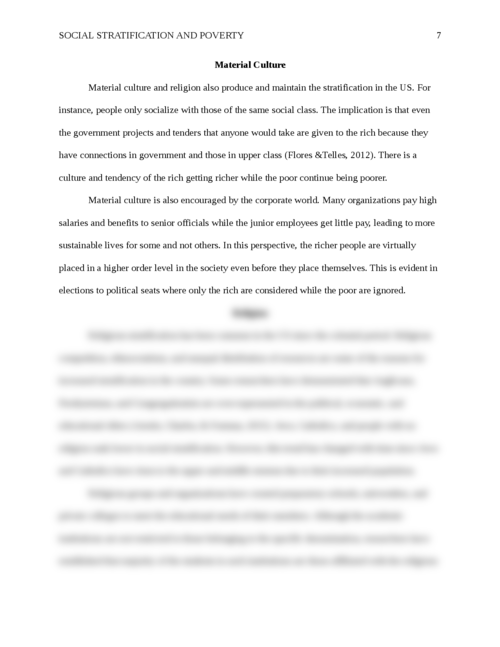 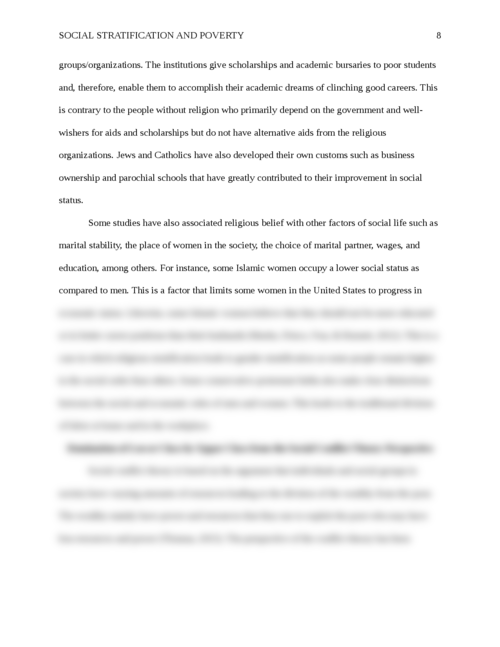 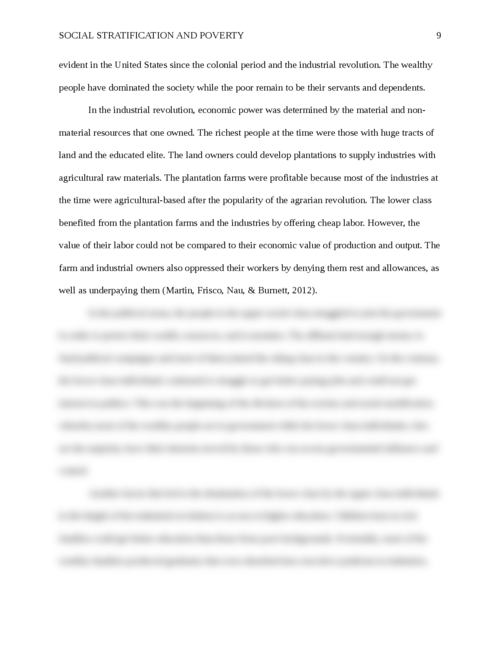 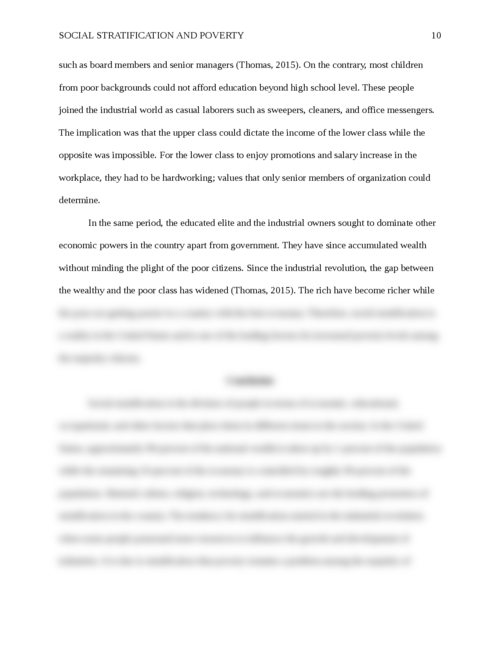 Write a 1,250-1,500-word essay that summarizes how economic forces, including social forces and social stratification, have shaped the history of Western nations since the Industrial Revolution.

Include a synopsis of how the process of legitimization of social stratification operates in the Western nations.

Prepare this assignment according to the APA guidelines found in the APA Style Guide, located in the Student Success Center. An abstract is not required.

The United States, like many other developed countries, is divided into social classes based on income, occupations, educational attainment, and social networks. Most sociologists recognize three divisions of social class in the United States; upper, middle, and lower citizens. However, there are also variations that delineate the upper middle class and the working class. The high income earners are usually substantially educated, have stronger social networks, and sustain high status occupations (Arestis, Charles, & Fontana, 2015). The society in the United States is said to be meritocratic because social class is based on achievement. In other words, membership into a certain social class is based on career and educational accomplishments. This paper describes the class structure that exists in the United States based on the social inequalities of poverty. The discussion in the paper is based on the perspectives of functionalism and conflict theory to help understand the sociological aspects and perspectives of social class in the country.

The Social Structure that Exists in the United States

The United States has been described by some researchers as a nation of inequality and poverty. This is based on statistical reports that demonstrate that the wealth of the richest 1 percent in the country has grown to almost ten times that of the middle class (Glick & Han, 2015). At the same time, individuals in the high-income group have captured more than half of the entire income while the majority citizens are left to divide 99-percent of the remaining national wealth to themselves (Flores &Telles, 2012). In the last decade, the salaries of the individuals in the high social class comprising about 1-percent of the population have been on the increase. However, the middle and low income earners have had an almost unchanged salary increment rate (Martin, Frisco, Nau, & Burnett, 2012). Likewise, it has been reported that CEO salaries are up to 100 times more than the salaries of the lower level employees in most American organizations (Martin, Frisco, Nau, & Burnett, 2012). This is an indication of the economic gap and inequality that exists in the country. The majority of the citizens are poor because the national wealth is owned by few individuals. This is base on the fact that wealth and power is passed on from one generation to another.