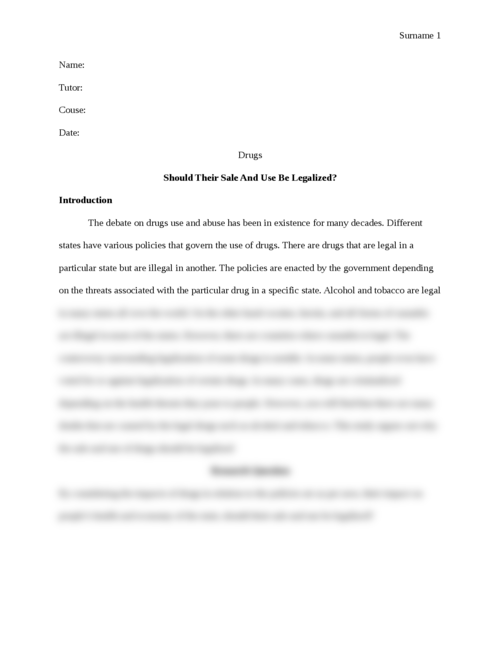 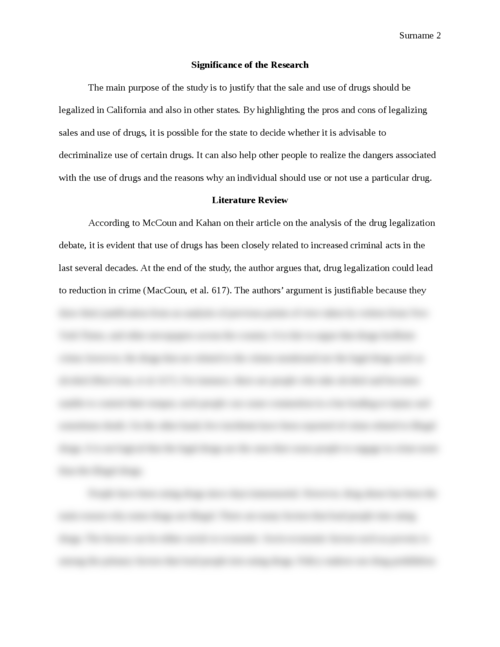 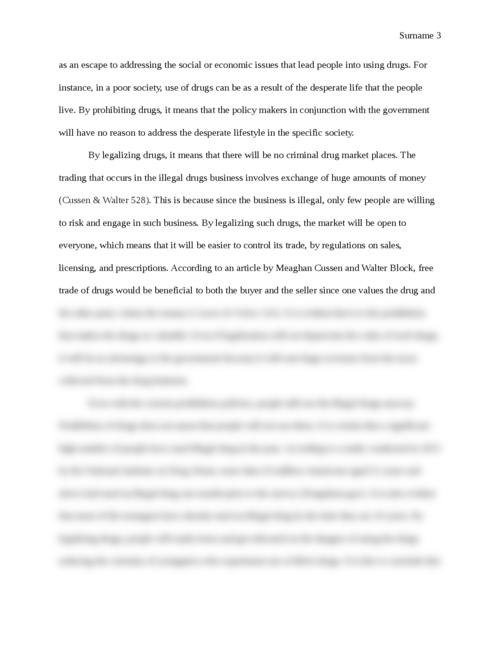 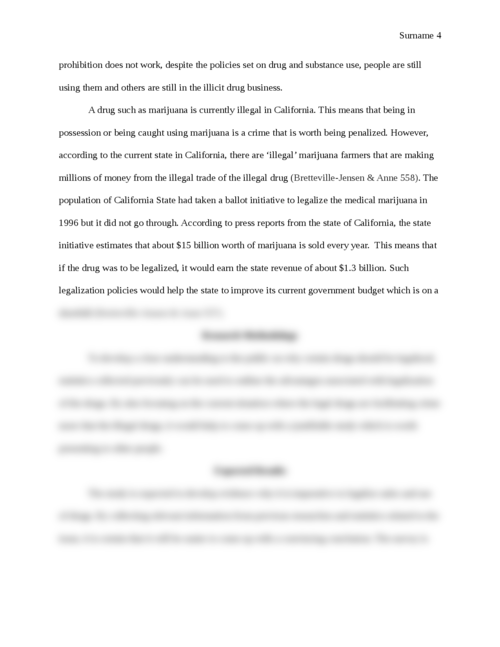 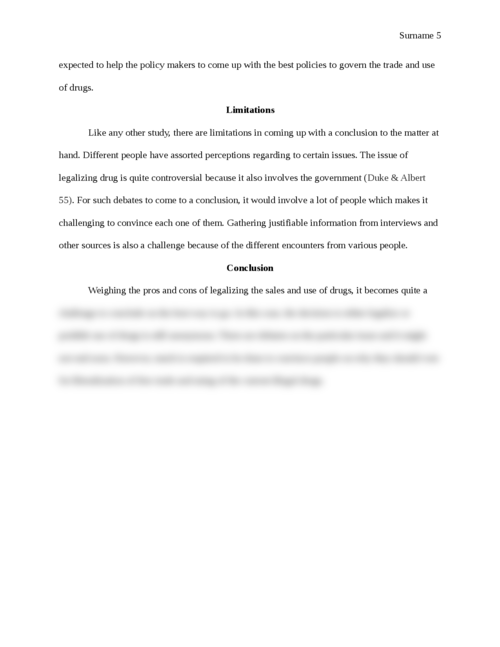 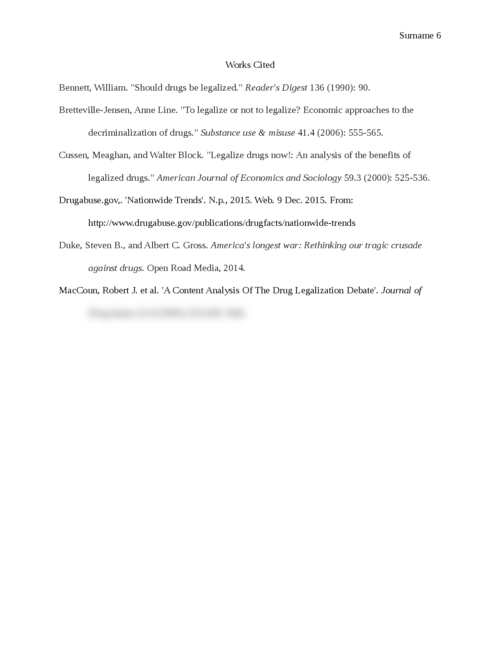 Should The Sale And Use Of Drugs Be Legalized?

Should Sale and use of drugs be legalized?

Title: Should The Sale And Use Of Drugs Be Legalized?
Length: 5 pages (1530 Words)
Style: MLA

Should Their Sale And Use Be Legalized?

The debate on drugs use and abuse has been in existence for many decades. Different states have various policies that govern the use of drugs. There are drugs that are legal in a particular state but are illegal in another. The policies are enacted by the government depending on the threats associated with the particular drug in a specific state. Alcohol and tobacco are legal in many states all over the world. On the other hand cocaine, heroin, and all forms of cannabis are illegal in most of the states. However, there are countries where cannabis is legal. The controversy surrounding legalization of some drugs is notable. In some states, people even have voted for or against legalization of certain drugs. In many cases, drugs are criminalized depending on the health threats they pose to people. However, you will find that there are many deaths that are caused by the legal drugs such as alcohol and tobacco. This study argues out why the sale and use of drugs should be legalized