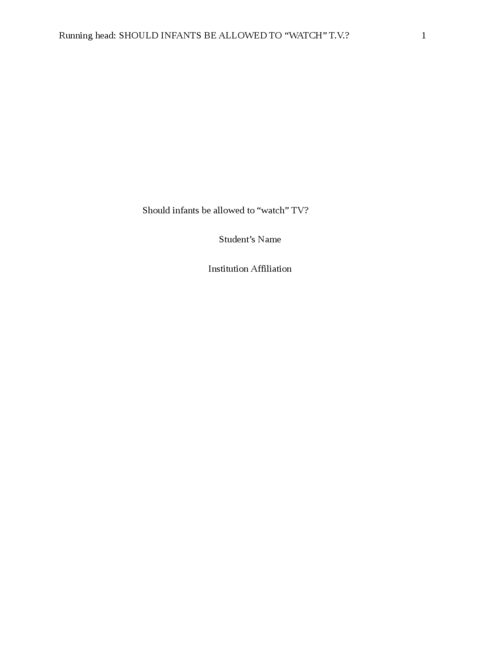 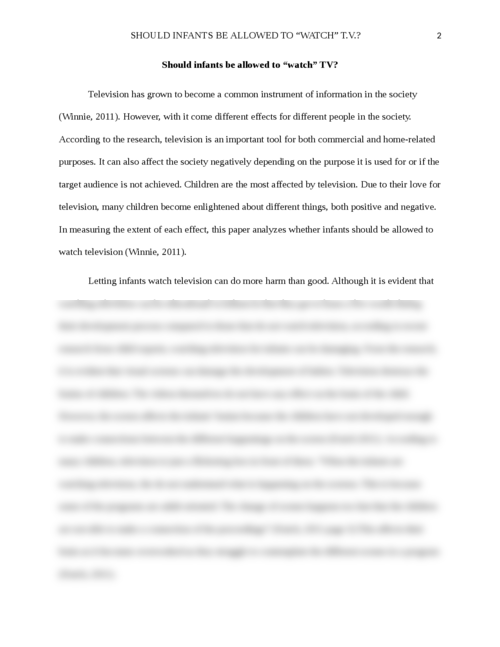 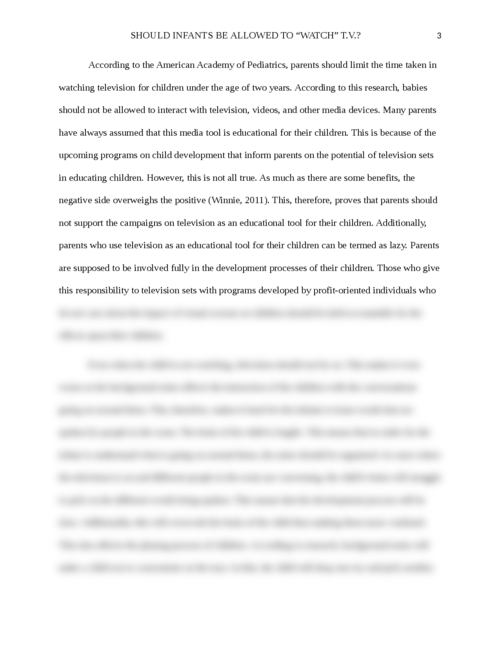 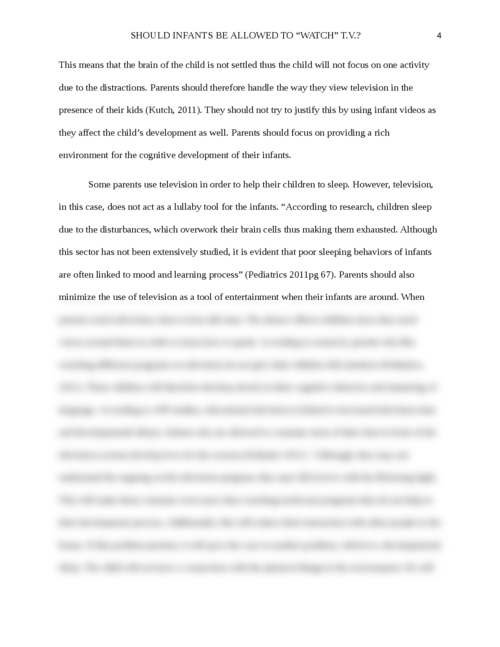 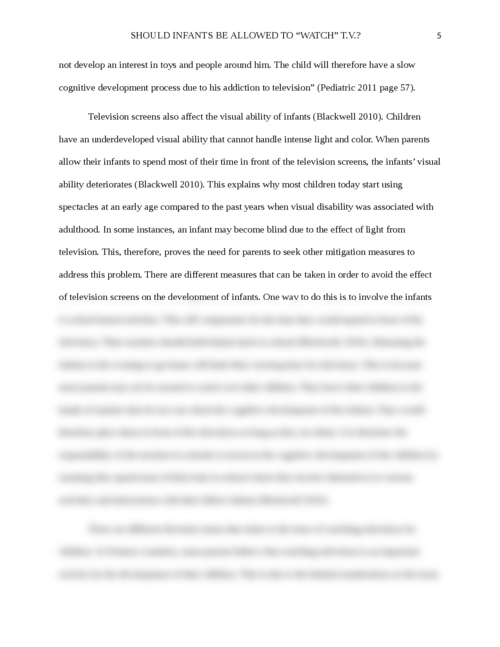 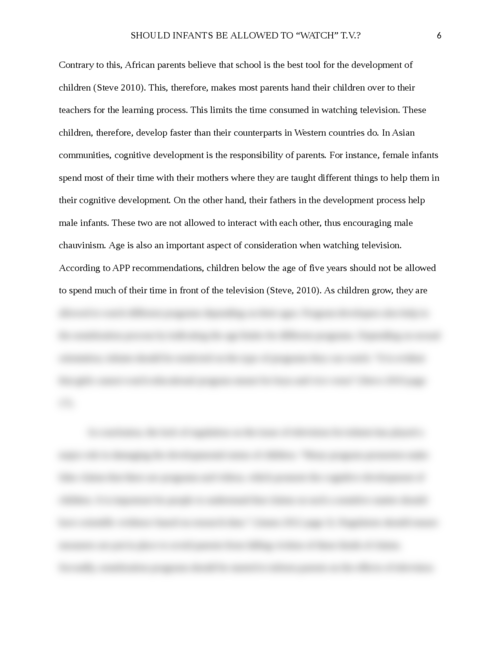 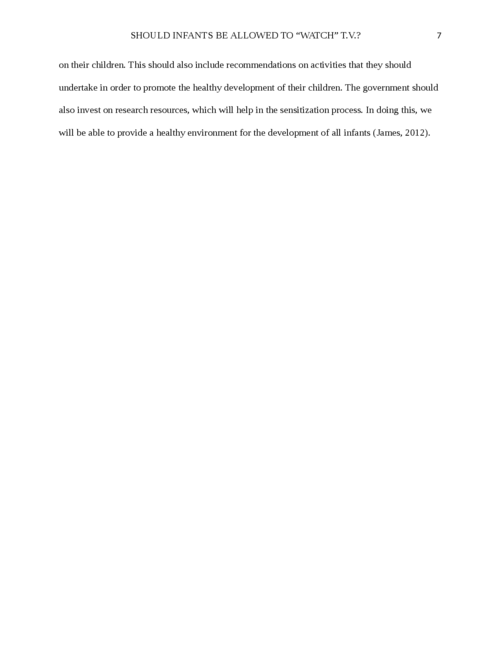 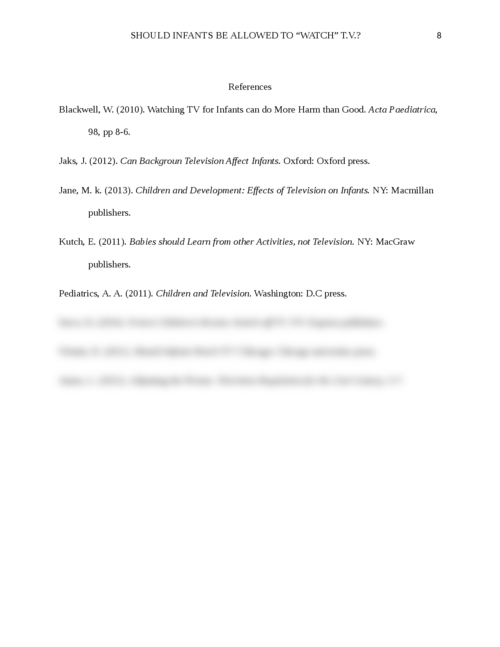 Should Infants Be Allowed To “Watch” T.V.?

Should infants be allowed to “watch” T.V.?

Should infants be allowed to “watch” TV?

Television has grown to become a common instrument of information in the society (Winnie, 2011). However, with it come different effects for different people in the society. According to the research, television is an important tool for both commercial and home-related purposes. It can also affect the society negatively depending on the purpose it is used for or if the target audience is not achieved. Children are the most affected by television. Due to their love for television, many children become enlightened about different things, both positive and negative. In measuring the extent of each effect, this paper analyzes whether infants should be allowed to watch television (Winnie, 2011).