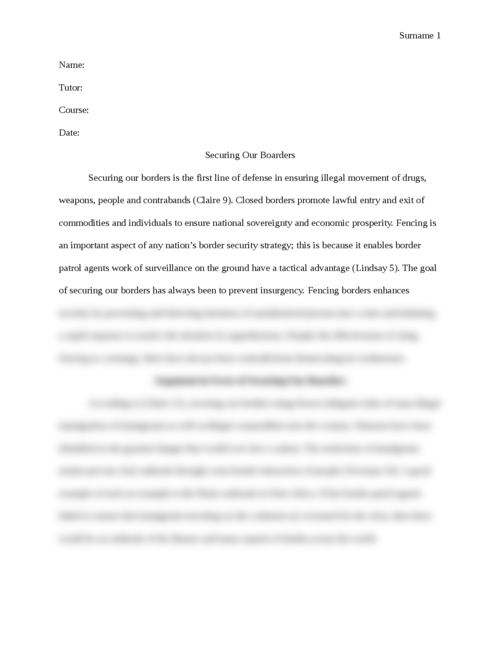 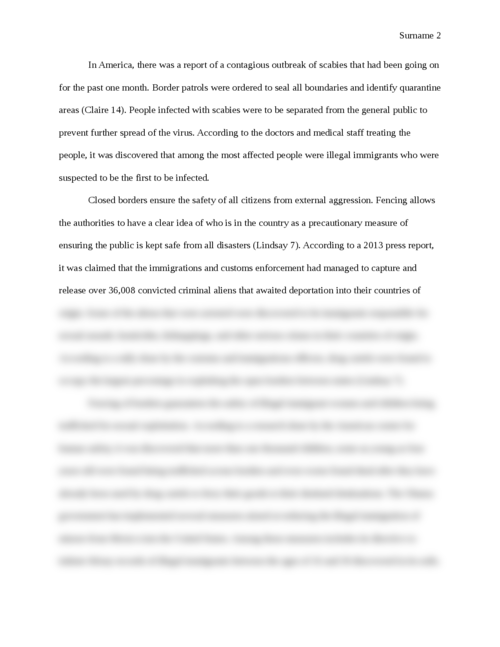 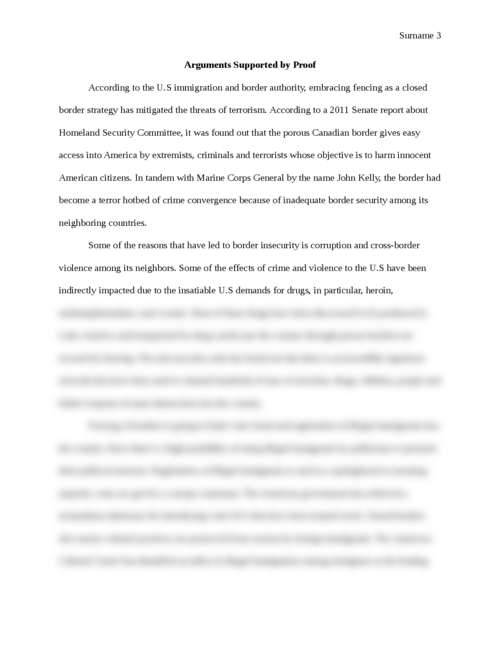 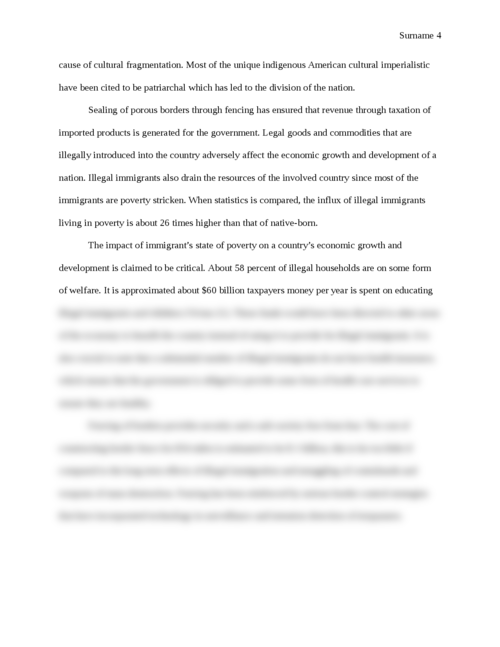 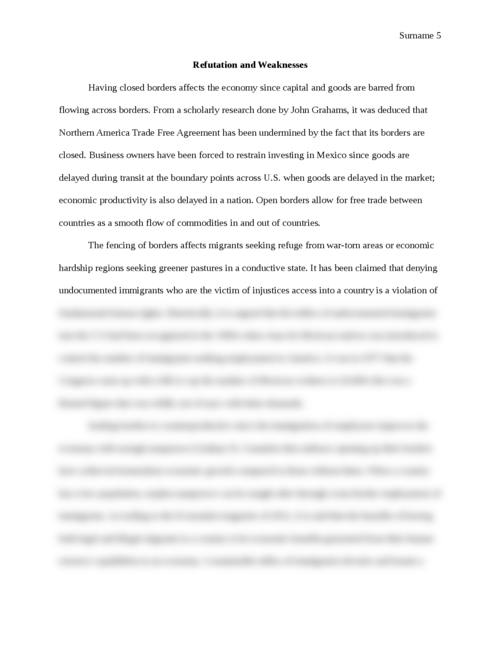 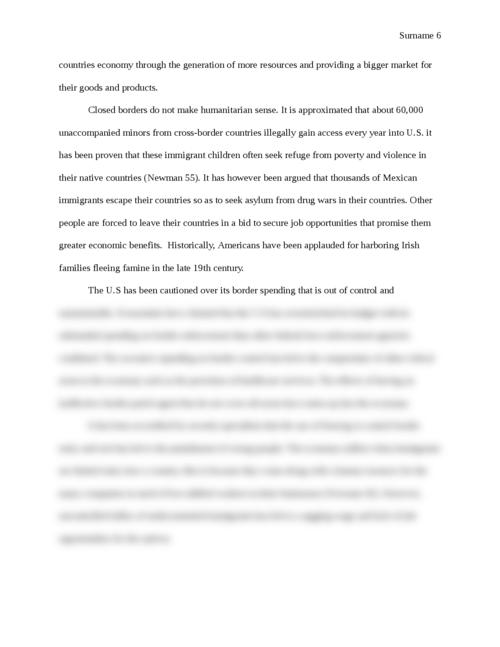 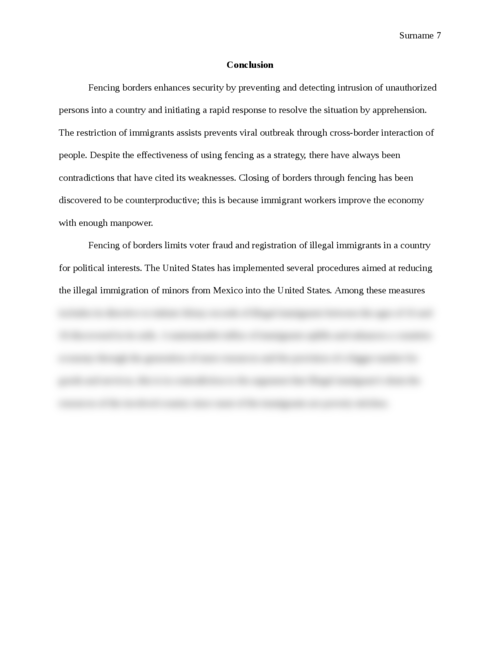 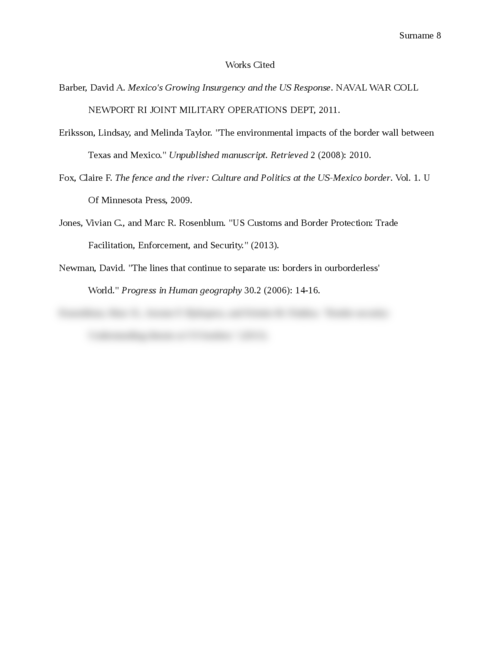 The paper should be a 7 page paper, formatted according to MLA guidelines, that argues in favor of the particular position of securing our borders. You must use at least six outside sources for the paper. This can include direct quotes, summaries, or paraphrases. Remember that using sources requires a Works Cited page. Remember that a traditional argument should follow
this outline:

Securing our borders is the first line of defense in ensuring illegal movement of drugs, weapons, people and contrabands (Claire 9). Closed borders promote lawful entry and exit of commodities and individuals to ensure national sovereignty and economic prosperity. Fencing is an important aspect of any nation’s border security strategy; this is because it enables border patrol agents work of surveillance on the ground have a tactical advantage (Lindsay 5). The goal of securing our borders has always been to prevent insurgency. Fencing borders enhances security by preventing and detecting intrusion of unauthorized persons into a state and initiating a rapid response to resolve the situation by apprehension. Despite the effectiveness of using fencing as a strategy, there have always been contradictions demarcating its weaknesses.

Argument in Favor of Securing Our Boarders

According to (Claire 12), securing our borders using fences mitigates risks of mass illegal immigration of immigrants as well as illegal commodities into the country. Diseases have been identified as the greatest danger that would ever face a nation. The restriction of immigrants assists prevent viral outbreak through cross-border interaction of people (Newman 54). A good example of such an example is the Ebola outbreak in West Africa. If the border patrol agents failed to ensure that immigrants traveling on the continent are screened for the virus, then there would be an outbreak of the disease and many reports of deaths across the world.