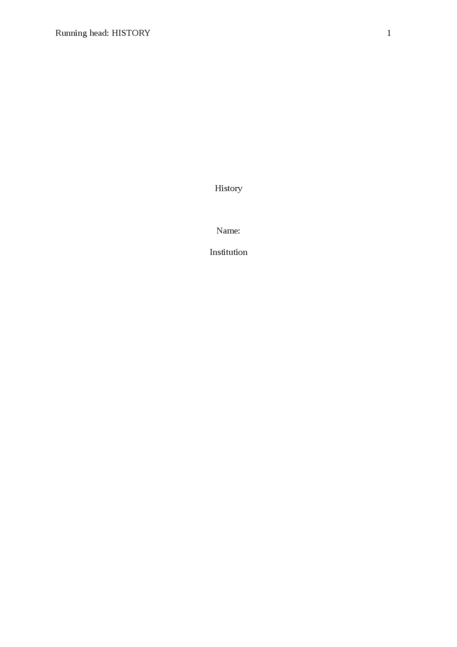 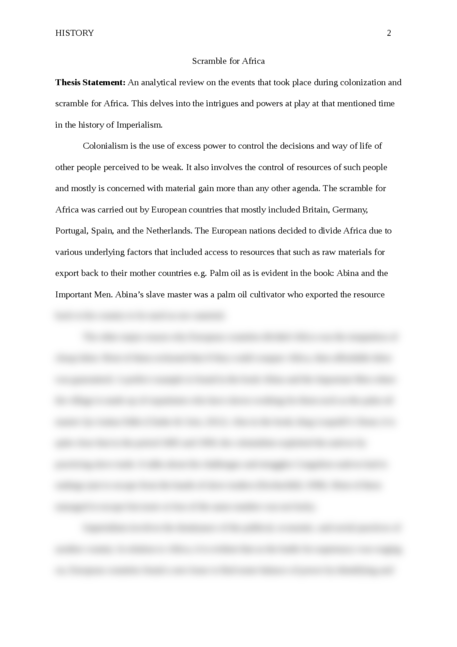 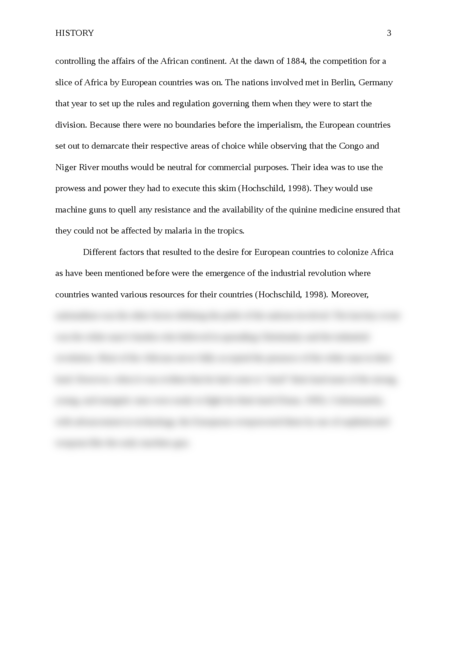 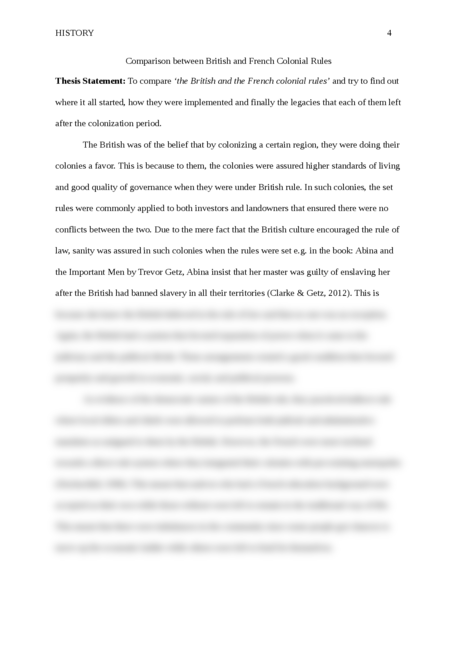 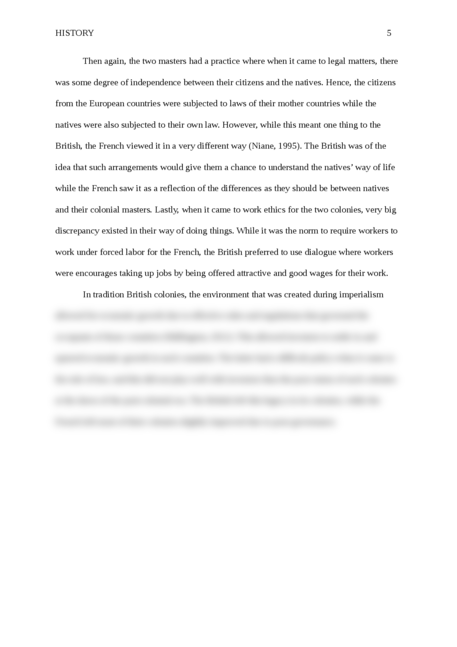 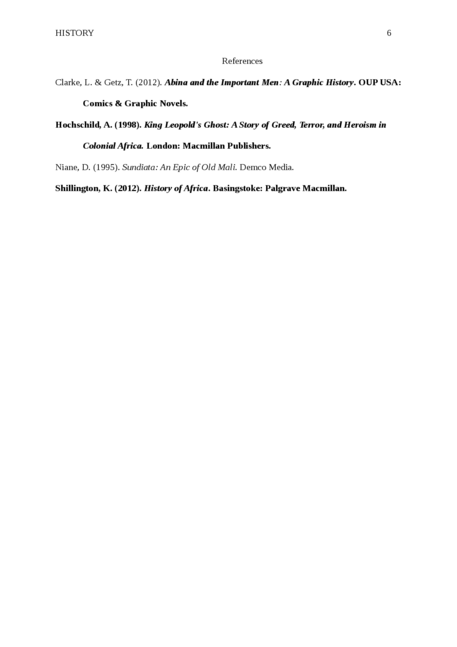 Essay #1: Historians have long theorized about why Europe decided in a relatively short period of time to transition from a relationship based on trade with Africa to one based on official colonization. Utilizing our course lectures, discussions and readings construct an essay based on evidence, not simply your opinion, that argues why you think European nations decided to cut up the ‘Magnificent African Cake’ amongst themselves. Beyond discussing your theory of imperialism, you should also discuss when and how they did this, and if there are key events in understanding Europe’s desire to colonize Africa. How did Europeans begin thinking about and talking about Africa during the 19th century leading up to colonization? Also, discuss how Africans attempted to resist colonial imposition and why it was often unsuccessful despite valiant efforts.

Essay #2: There was not one colonial experience in Africa but many.  While we have not had time to talk in-depth about individual colonial experiences in this course, we have spent the last few weeks discussing different types and philosophies of colonial rule that are implemented at the beginning of the 20th century.  In this essay, compare and contrast at least two forms of colonial rule. For example, you may develop an essay that compares the British philosophy of Indirect Rule and the French philosophy of Assimilation or you can discuss differences between colonies administered through indirect rule vs settler colonies. You should use specific examples when you write your essay. Incorporate, where relevant, any terms and people we have learned about.  Your essay should touch on reasons why different types of colonial rule were used and how those different types of rule affected the economies of the colonies and what some of their legacies have been, either economically, politically or psychologically.

Thesis Statement: An analytical review on the events that took place during colonization and scramble for Africa. This delves into the intrigues and powers at play at that mentioned time in the history of Imperialism.

Colonialism is the use of excess power to control the decisions and way of life of other people perceived to be weak. It also involves the control of resources of such people and mostly is concerned with material gain more than any other agenda. The scramble for Africa was carried out by European countries that mostly included Britain, Germany, Portugal, Spain, and the Netherlands. The European nations decided to divide Africa due to various underlying factors that included access to resources that such as raw materials for export back to their mother countries e.g. Palm oil as is evident in the book: Abina and the Important Men. Abina’s slave master was a palm oil cultivator who exported the resource back to his country to be used as raw material.