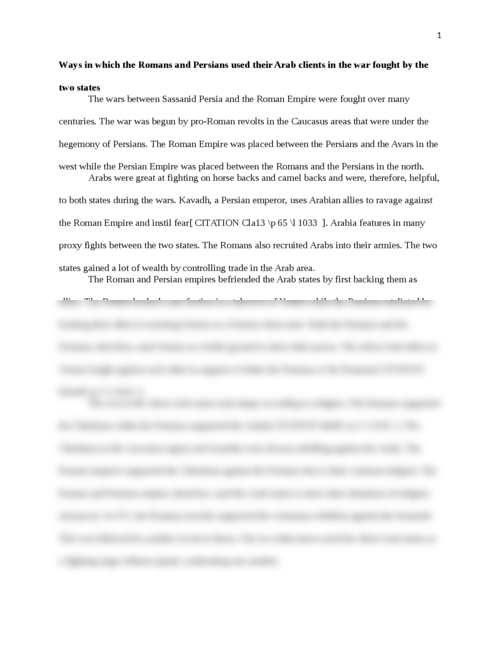 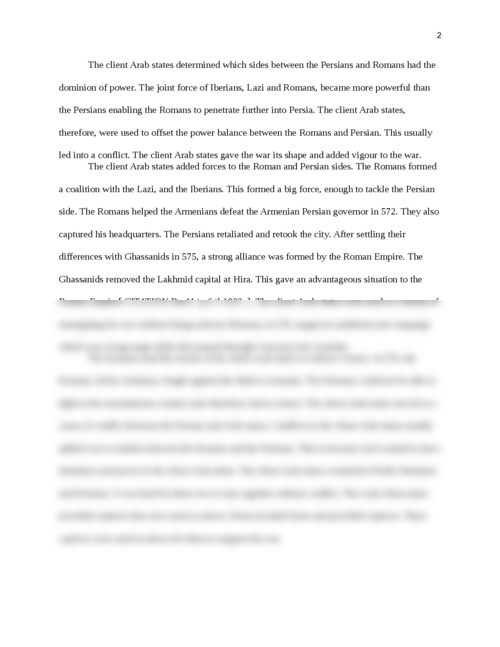 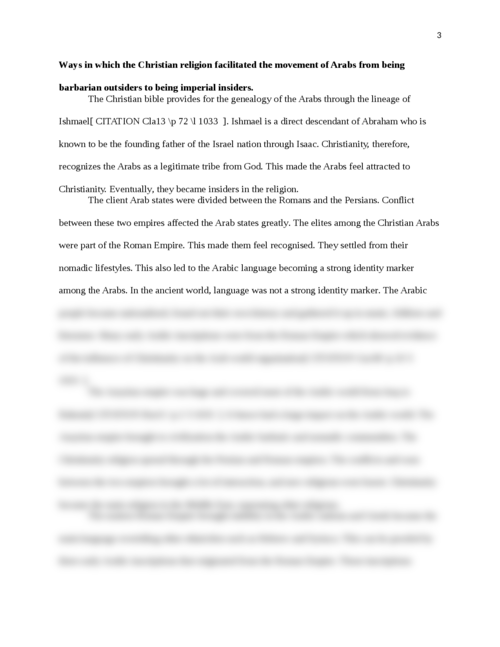 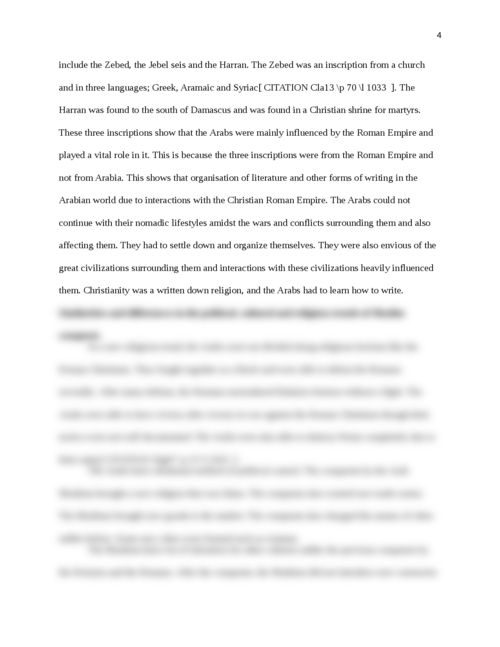 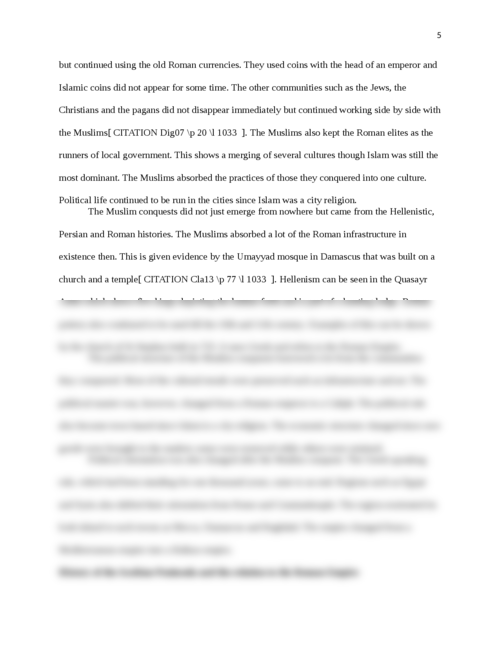 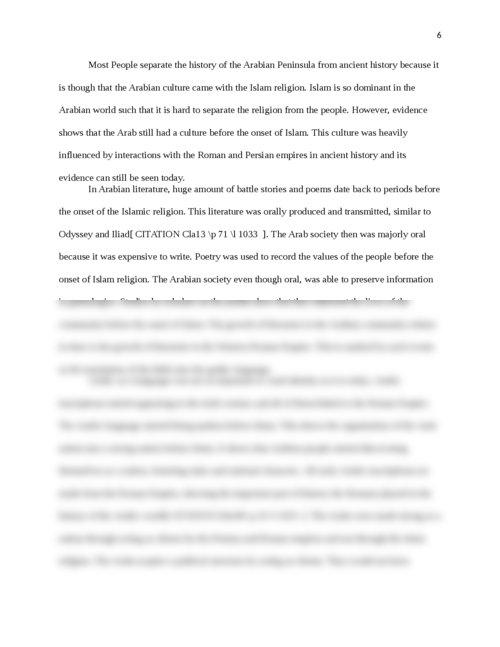 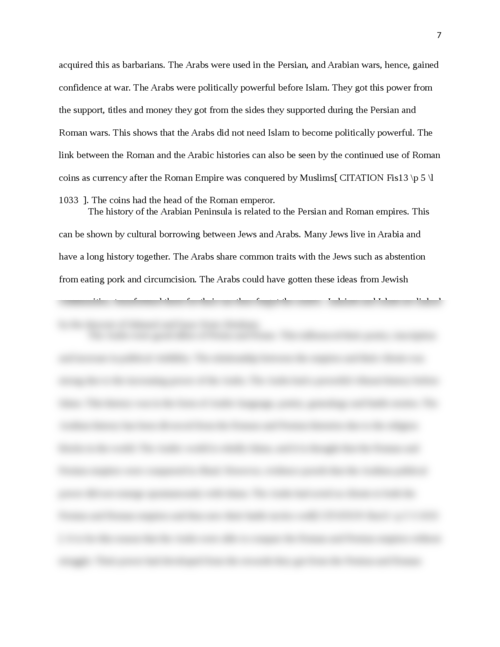 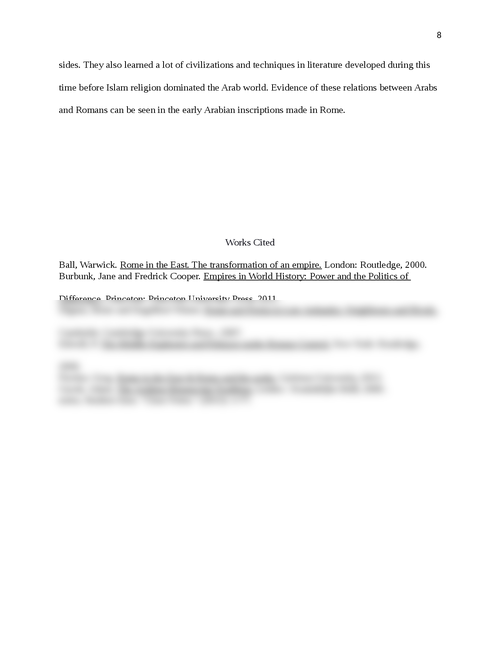 Rome In The East & Rome And The Arabs

You must make use of class NOTES & TEXTS.

Append a reference list if you go beyond the class notes. Cite using parenthetical notation, e.g. (Fisher, p. 36) or (Class notes, Sept 23). Make sure to support your argument with evidence from class notes and the text(s) for the course.

Arabs were great at fighting on horse backs and camel backs and were, therefore, helpful, to both states during the wars. Kavadh, a Persian emperor, uses Arabian allies to ravage against the Roman Empire and instil fear (notes 65). Arabia features in many proxy fights between the two states. The Romans also recruited Arabs into their armies. The two states gained a lot of wealth by controlling trade in the Arab area.

The Roman and Persian empires befriended the Arab states by first backing them as allies. The Roman backed a pro-faction in a takeover of Yemen while the Persians retaliated by backing their allies in restoring Yemen as a Persian client state. Both the Romans and the Persians, therefore, used Yemen as a battle ground to show their power. The client Arab tribes in Yemen fought against each other in support of either the Persians or the Romans (Edwell 5).