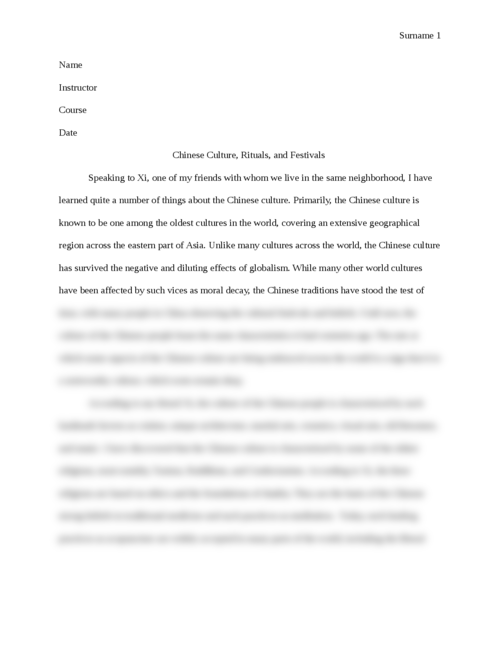 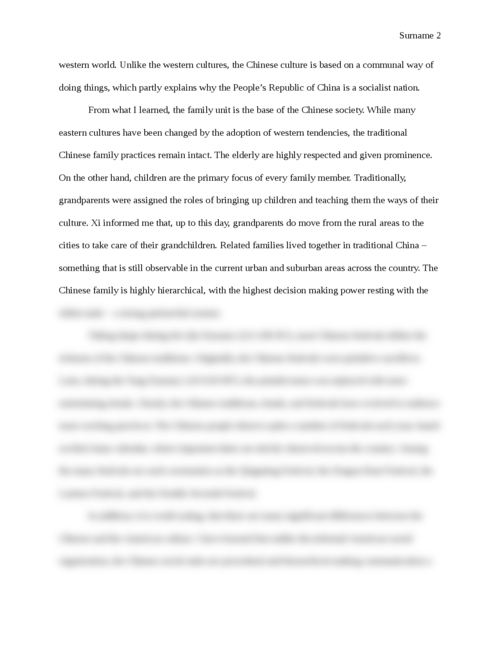 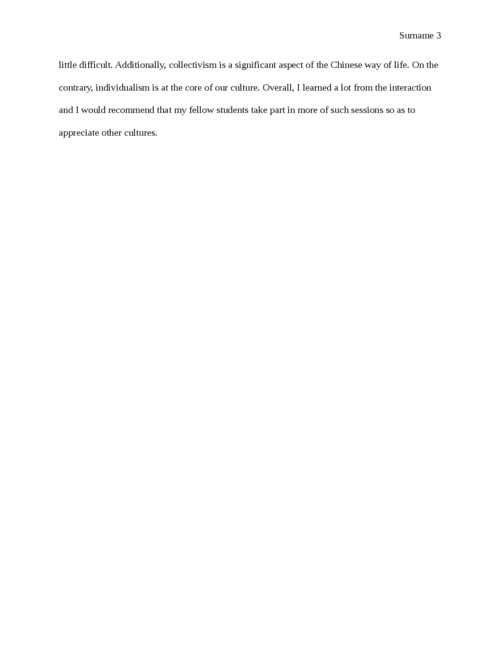 The primary goal of this assignment is to research and to provide an opportunity to talk to and interact with people of other races (not African American) and ethnicities and know them at interpersonal level (contact hypothesis). This probably is one of the best approaches one can have in understanding people of other races and ethnicities and to help you become an effective interracial and interethnic communicator. You may choose anybody to talk to – your colleague at work, a classmate or someone in the campus or in the community so long as the person(s) is from a different race or ethnicity other than your own (I am African American). Do some research on the topic or activity and the race and ethnicity before you embark on completing these assignments that is based upon their Rituals and festivals. Talk to them of their lifestyle, family structure, religious practices, etc.